I am using Seaborn to create a barplot. 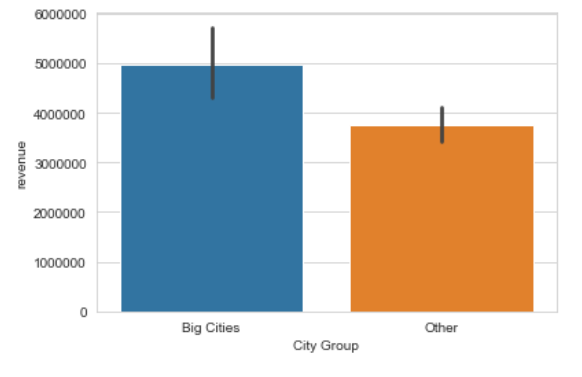 I am a bit confused about the error bars. What is the statistics to calculate these error bars and what these error bars actually represent? As per documentation, these error bars define the confidence interval and uncertainty around the estimate. In simple words, does it mean there is a 95% (default ci=95) chance that the mean will be falling in this range?

Can you explain in detail?

Also, when I change the value of ci='sd' (keeping the same estimator) as:` 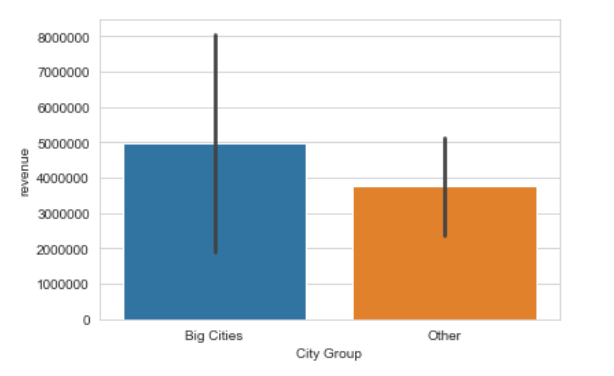 The range of error bar increases for standard deviation. How this is calculated and what does it reflect?

By specifying ci='sd', you are indicating at what range you could be 95% sure that a sample of the population data contains the population standard deviation. From graphpad:

Interpreting the CI of the SD is straightforward. If you assume that your data were randomly and independently sampled from a Gaussian distribution, you can be 95% sure that the CI contains the true population SD.

Also, with only 137 rows of data, you are going to have a wider range for the confidence interval of your standard deviation than if you had let's say 1,000 + rows; because, generally, with a lower size n -- the higher the variance of the data.

Seaborn uses a technique to make inferences about population statistics using "Bootstrapping" per the documentation:

I hope this helps. I took stats in college and and understand the concept on a high-level, but I am not an expert in this space; so, I hope someone can offer some conclusions on how to interpret your results. If I were to make a conclusion (an extremely general one at that), you have a decent amount of variance in your data but also a small-medium sample size, which increases the range of your confidence interval. Finally, ci='95%' is a much more common way to analyze confidence rather than ci='sd' from some reading on the topic. For example, this article says "It's not done often, but it is certainly possible to compute a CI for a SD."

Not the answer you're looking for? Browse other questions tagged python confidence-interval or ask your own question.

7
Factor analysis problem — singular covariance matrix?
3
Error bars when the variables are related
1
Interpreting online sample size stat tool in order to (gain) confidence intervals
57
Are all values within a 95% confidence interval equally likely?
1
Does the calculation of error bars in lme4 require the Cosineau (2005) correction?
1
Binomial Confidence Intervals - Bayes Jeffrey's Prior vs Agresti-Coull method
2
Is my interpretation of the p-value and confidence interval correct?
1
Standard Error of prediction for Logistic Sigmoid function