Can someone explain in an intuitive way the difference between Average_Precision_Score and AUC?

I read the documentation and understand that they are calculated slightly differently. But what is the real difference?

Also Average_Precision_Score is calculated - if I am correct - in terms of Recall over Precision. Not sure I understand.

AUC (or AUROC, area under receiver operating characteristic) and AUPR (area under precision recall curve) are threshold-independent methods for evaluating a threshold-based classifier (i.e. logistic regression). Average precision score is a way to calculate AUPR. We'll discuss AUROC and AUPRC in the context of binary classification for simplicity.

The ROC curve is a parametric function in your threshold $T$, plotting false positive rate (a.k.a. 1 - specificity, usually on x-axis) versus true positive rate (a.k.a. recall, on y-axis). Intuitively, this metric tries to answer the question "as my decision threshold varies, how well can my classifier discriminate between negative + positive examples?" In fact, AUROC is statistically equivalent to the probability that a randomly chosen positive instance will be ranked higher than a randomly chosen negative instance (by relation to the Wilcoxon rank test -- I don't know the details of the proof though).

Here's a nice schematic that illustrates some of the core patterns to know: 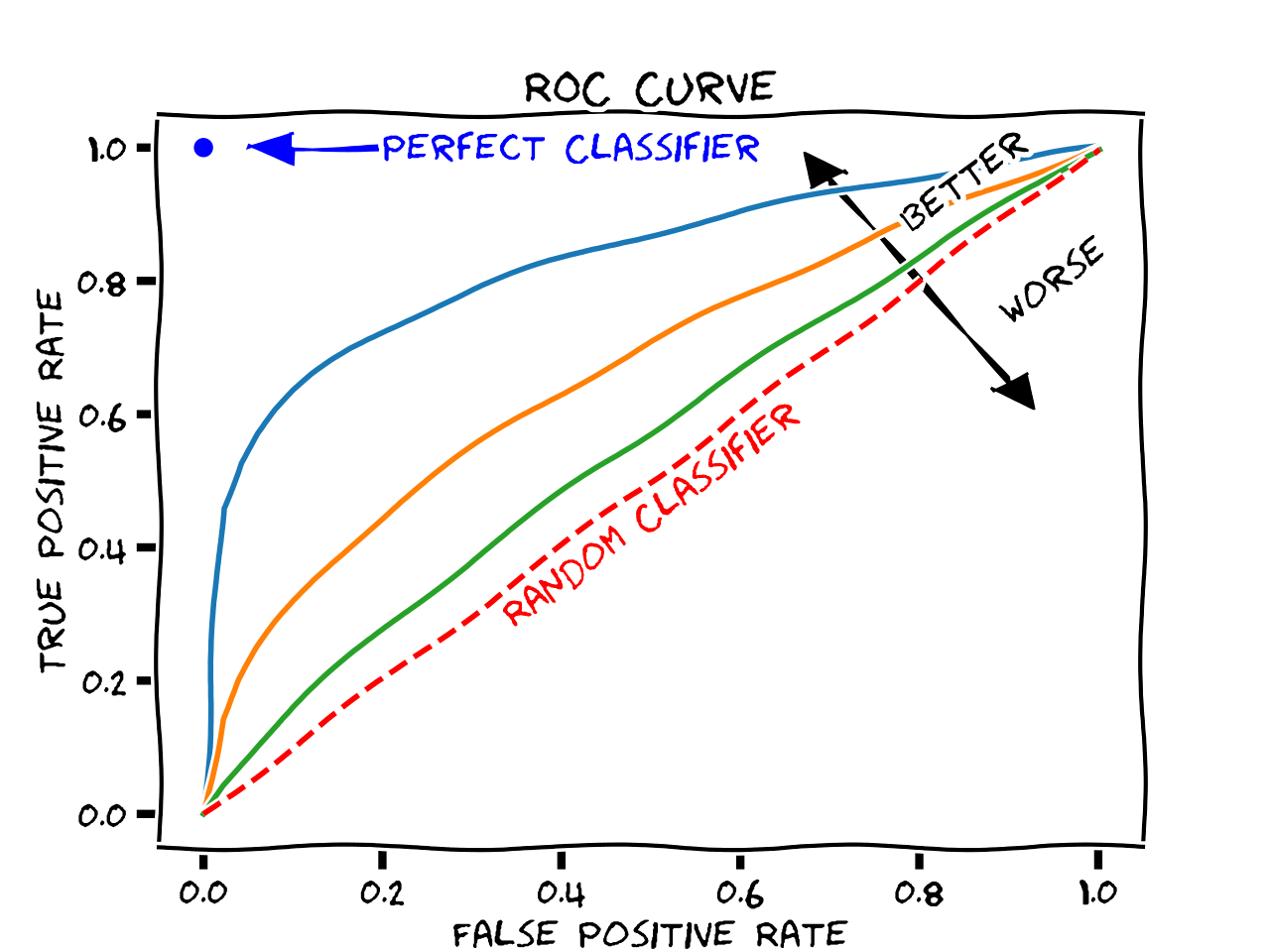 One of the key limitations of AUROC becomes most apparent on highly imbalanced datasets (low % of positives, lots of negatives), e.g. many medical datasets, rare event detection problems, etc. Small changes in the number of false positives/false negatives can severely shift AUROC. AUPR, which plots precision vs. recall parametrically in threshold $t$ (similar setup to ROC, except the variables plotted), is more robust to this problem.

Now, to address your question about average precision score more directly, this gives us a method of computing AUPR using rectangles somewhat reminiscent of Riemannian summation (without the limit business that gives you the integral). Average precision score gives us a guideline for fitting rectangles underneath this curve prior to summing up the area. Let's say that we're doing logistic regression and we sample 11 thresholds: $T = \{0.0, 0.1, 0.2, \dots, 1.0\}$. Each threshold $t_n$ is going to give us a corresponding value of precision and recall $P_n, R_n$; we can plot each of those and connect the dots. Perhaps we end up with a curve like the one we see below. The width of the rectangle is the difference in recall achieved at the $n$th and $n-1$st threshold; the height is the precision achieved at the $n$th threshold. You can easily see from the step-wise shape of the curve how one might try to fit rectangles underneath the curve to compute the area underneath.

On a related note, yes, you can also squish trapezoids underneath the curve (this is what sklearn.metrics.auc does) -- think about what advantages/disadvantages might occur in that case. 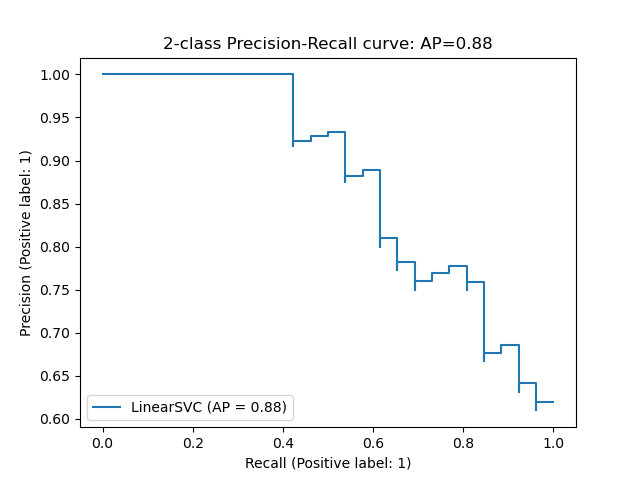 For further reading, I found this to be a nice resource for showing the limitations of AUROC in favor of AUPR in some cases.

Not the answer you're looking for? Browse other questions tagged auc average-precision or ask your own question.

40
Area under Precision-Recall Curve (AUC of PR-curve) and Average Precision (AP)
1
testing equivalence for two independent AUC
7
Relationship between AUC and U Mann-Whitney statistic
0
Testing bioequivalence statistically using FDA guidance
2
How do I calculate AUC with leave-one-out CV
5
Is it better to compute Average Precision using the trapezoidal rule or the rectangle method?
1
Is it possible to get low AUC score but high Precision and Recall?
1
Predictive discrimination of a single parameter