How is this connection between Beta and Binomial possible?

I'm learning stats, and I've reasoned about this for many days and I'm losing sleep over it.

Say I have a binomial distribution B(k; n, p) simulating a hypothesis p value for some events:

So in English, this could be said as "the probability of exactly 14 successes in a series of 41 fifty-fifty events is about 1.6%. OK, makes sense (a poor hypothesis).

This is clearly starting to form a shape of the probabilities for different probability values: 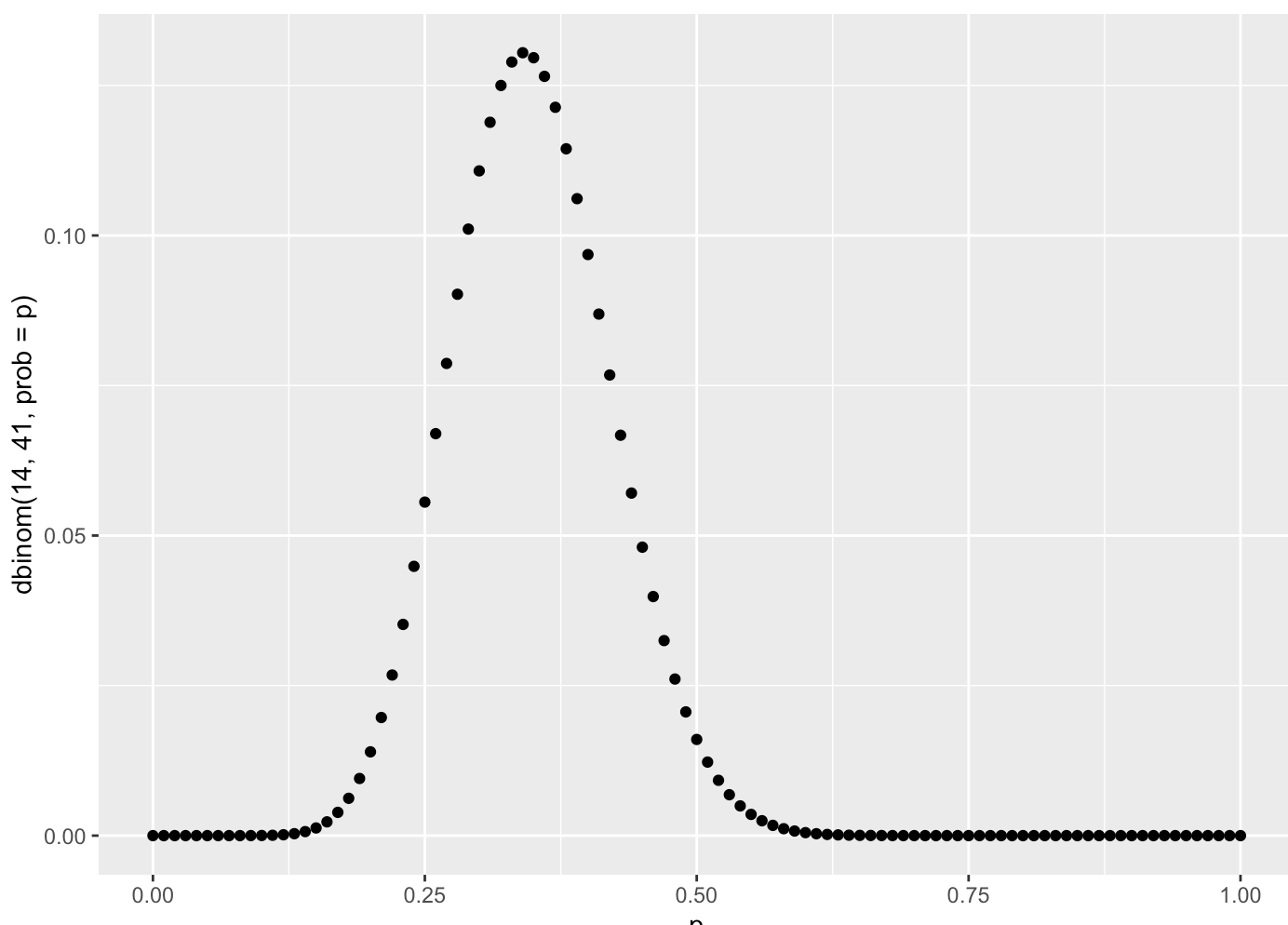 I understand this is not the "proper" way to do a beta distribution because of the fact that probability is continuous, and this graph needs to be integrated, it doesn't add up to 1, etc.

With that said... it seems the above chart IS perfectly "accurate", because each single value by itself is accurate.

Question 1: how IS the graph above "different" than a proper beta distribution in terms of what they describe in English?

Question 2: Are the charts related somehow? Like can they convert between them? It's clear from the incorrect chart I CAN compute a probability of a probability in a non-continuous way, yet in the second chart it appears there's no way I can do this unless I say something like p > 0.49 & p < 0.51). How can both charts be "correct" (to my knowledge) yet in the continous one the probability of choosing that item is 0, and in the non-continous chart I can compute it just fine? 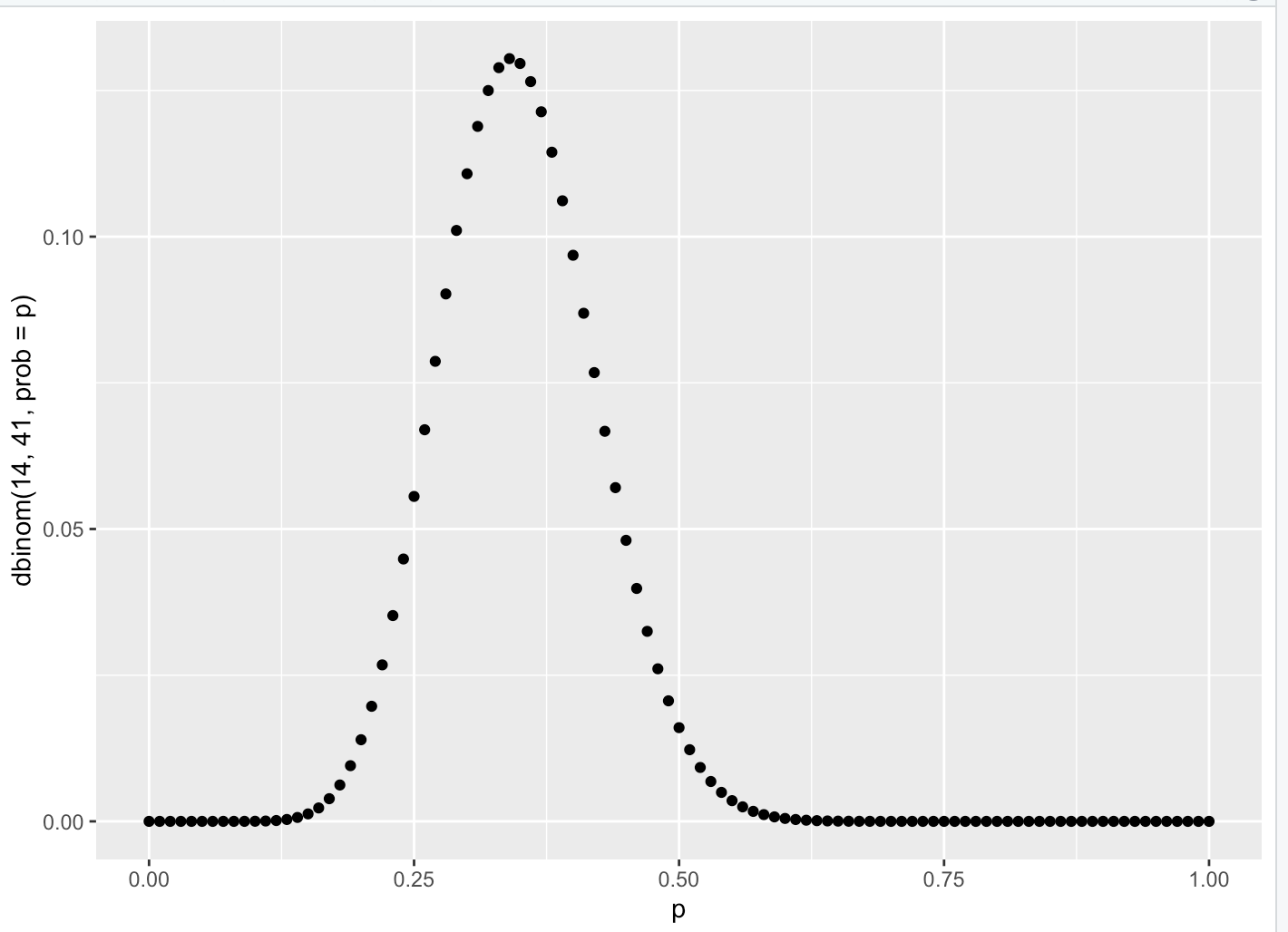 The function you have plotted is the kernel of a beta density function (i.e., it is a positive multiple of the beta density). Since you have really just plotted the binomial likelihood function for a particular observed outcome, from a Bayesian perspective your plotted function is proportionate to the posterior density that emerges from using a uniform prior for $p$. In Bayesian modelling terms, what you have illustrated here is that: 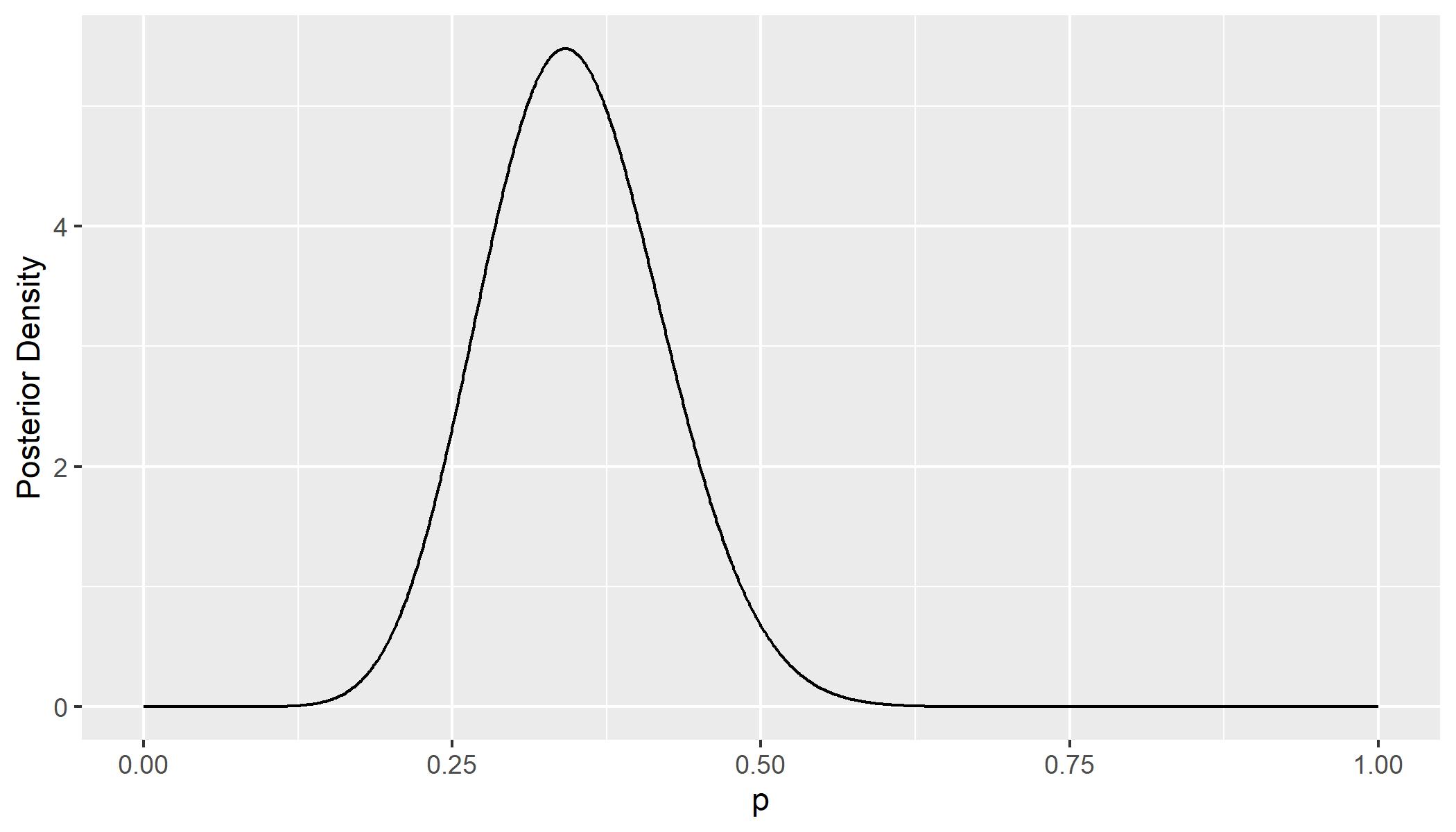 Not the answer you're looking for? Browse other questions tagged r distributions bayesian continuous-data beta-distribution or ask your own question.

4
How to calculate the probability for pattern that violates “control chart rules” to occur?
4
How do we pass from proportionality back to equality in a Bayesian derivation?
2
Beta distribution and beta binomial distribution
1
Bayesian Analysis Example: Seeking Review and Feedback
1
Probability that one random variable using the Beta Distribution being greater than another, bounded intervals
1
Based on the ideas of Parameter Estimation and Fitting Probability Distributions, what stops us from making any function be a PDF(PMF)?