As far as I understood independence, A and B should not be independent since if either of them happens then we can tell something about the other one. But if they are independent then B and C should also be. From mathematical proof it is explainable, but I didn't understand the intuition behind it. 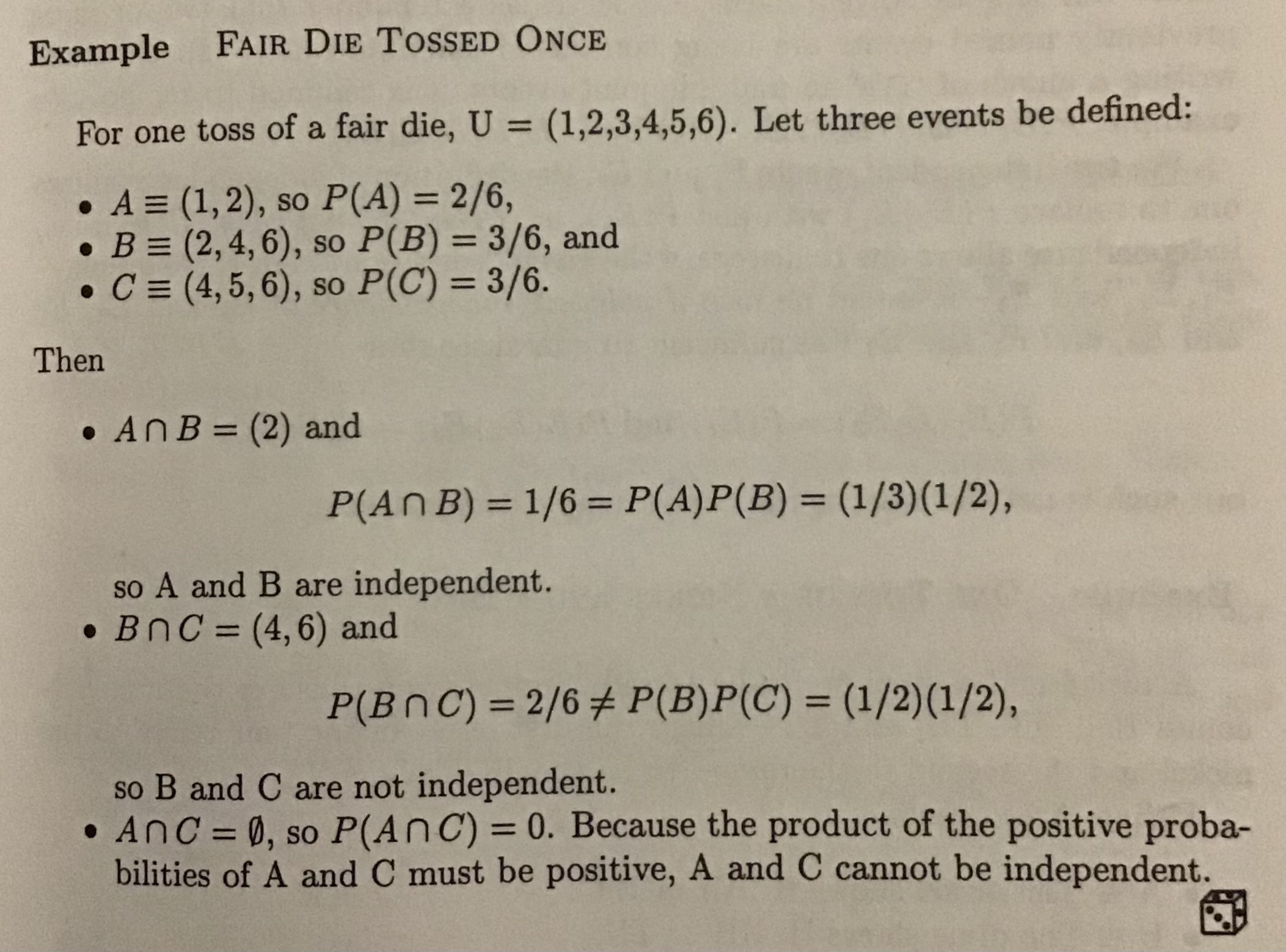 The example is from “Elementary Bayesian Statistics” by Gordon Antelman, Chapter 2

Someone rolled a die:

In the opposite way —

You may use the same scheme to see that the events $\color{blue}B$ and $\color{green}C$ are not independent.

... A and B should not be independent since if either of them happens then we can tell something about the other one.

It is not true. What does mean “something”? The probability of “the other one” didn't change!

The correct formulation should be

As I wrote, you are probably confused mutually exclusiveness (the empty intersection, distinctiveness) for the independence of two events.

But they are two independent things:

Generally, there is no way to “see” the independence (e.g. by looking in a Venn diagram).

The idea of independent events arises from the evident, noticable independence, but is not limited to it.

Not the answer you're looking for? Browse other questions tagged probability independence or ask your own question.