When we have two classes A, B, can we use one classifier which will be trained on class A samples and tested on both class A, class B samples?

When to use binary classifier and one-class classifier?

Can I use one-class classifier for any type of binary class data?

Suppose you are trying to perform two-class classification on faulty and non-faulty machinery data, where each example in the dataset is represented using the feature vector $\mathbf{x} = [x_1 \ x_2]^T$. This could be done as shown below: 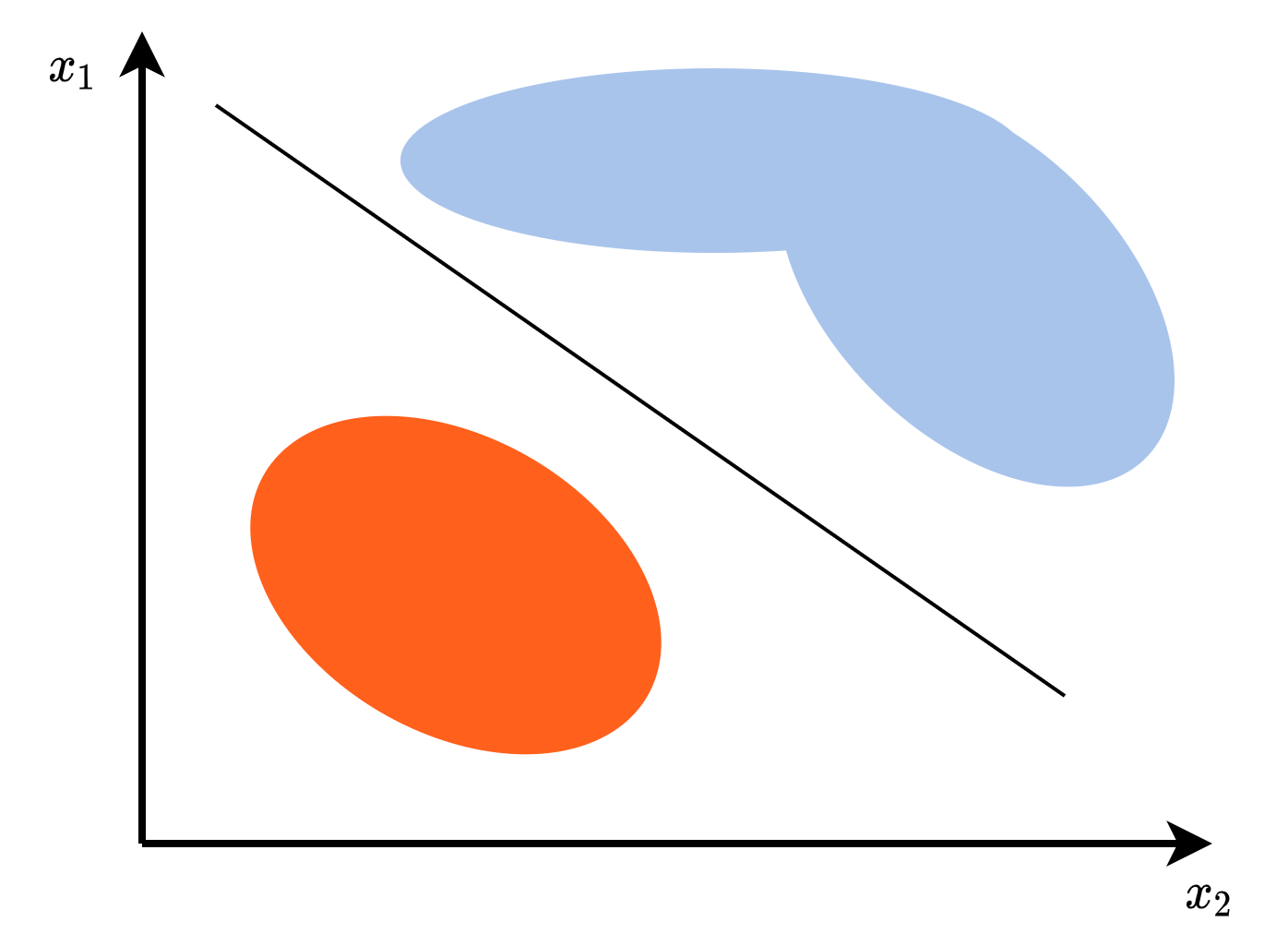 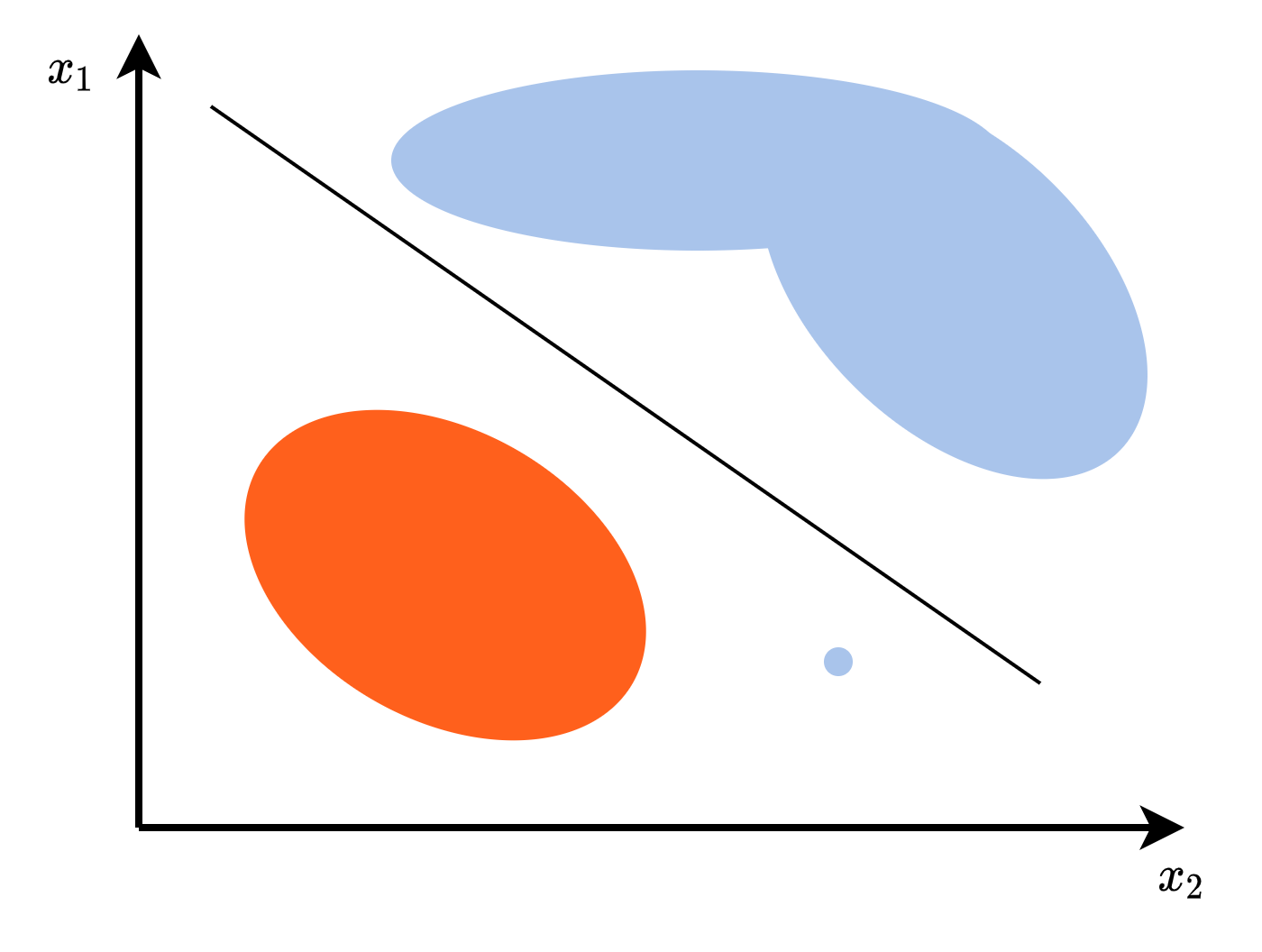 Again, the reason that this happens is because the set of all possible feature vectors representing non-faulty machinery is just too big. It is not possible to capture all of them and train on them. You could argue that you just need to collect more data and train on that, but what you would end up doing is this: 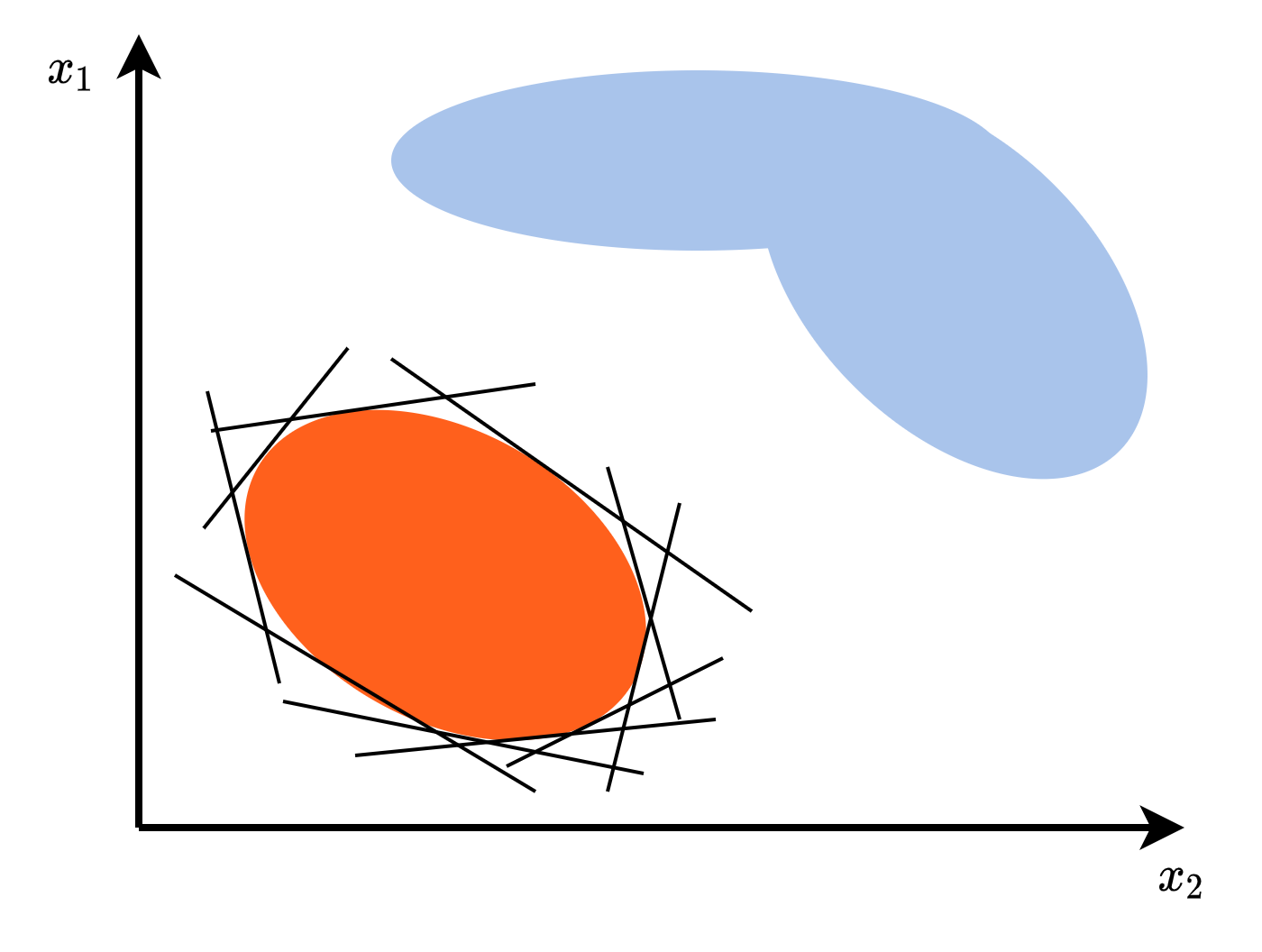 This, by the way, can be done using a neural network, for example, and the act of drawing these lines is the basic idea behind discriminative modelling.

However, why bother collecting so much data and creating a very complex model that can draw all of these lines, when you can just try to draw the shape of the faulty data like this? 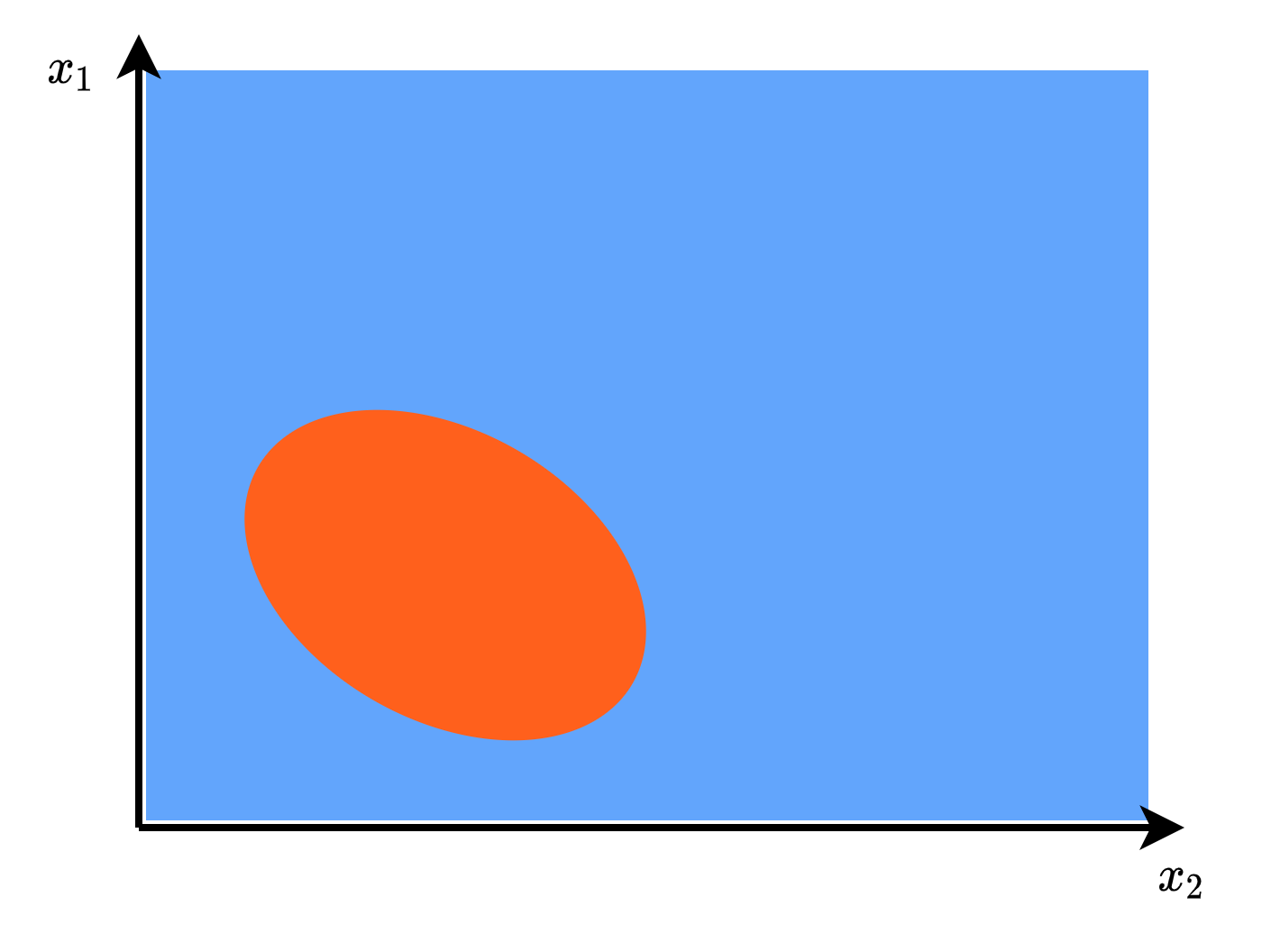 In the figure above, the orange area is the faulty machinery data that you collected, while the rest of the feature space is assumed to represent non-faulty machinery. This is the basic idea behind generative modelling, where, instead of trying to draw a line that splits the feature space, you instead try to estimate the distribution of the faulty data to learn what it looks like. Then, given a new test vector $\mathbf{x}$, all you need to do is to measure the distance between the center of the distribution of the faulty data and this new test vector $\mathbf{x}$. If this distance is greater than a specific threshold, then the test vector is classified as non-faulty. Otherwise, it is classified as faulty. This is also one way of performing anomaly detection.

You could, but why would you? There is much more to gain by training a model on both classes, so that your model can learn from both classes and better distinguish between them. Imagine trying to learn to distinguish between cats and dogs, would it help you to see only images of cats, and then try to guess which image is a dog, without ever having seen a dog?

Using a one-class classifier would make sense only if you do not have any examples from the other class at this particular point in time. Or if the "other" class could be composed of many unknown classes, which cannot be easily grouped into one official class. For ex. when doing anomaly detection, when you have only a few very weird cases, which could be the causes of many very varied reasons.

2
Anomaly detection and explanation
0
Why generative models are better at detecting outliers?
0
How to choose between 2 strategies to train a Deep Learning model on an unbalanced Dataset?
0
Should I develop a binary classifier or a multi-class classifier with my data?