Suppose I have $X_{n} \sim MVN(\underline{\mu},\Sigma)$ where $n$ is large (several thousands). However, the $\mu_i's$ and the elements of $\Sigma$ are such that almost every simulation from $X_n$ yields a set of numbers that look like a Normal distribution of a specific mean and standard deviation say $Z \sim N(\lambda,\beta)$. Is there a term for $Z$?

So, a single vector simulated from this MVN would be:

Now I have a vector y that is one simulation from my MVN. What I am interested in is that when I look at the values in the y vector together (the 10000 components of the vector), they then resemble a univariate distribution.

Here is a sample graphic where I have three simulations of the y vector plotted as density curves. My question is that is it reasonable to study this curve and approximate it using some univariate distribution? 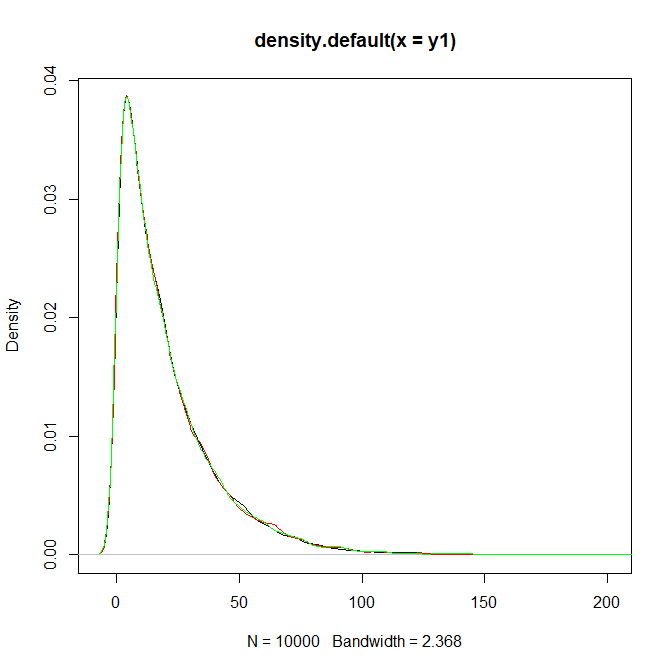 Browse other questions tagged approximation multivariate-distribution or ask your own question.