When is the unconditional Kaplan-Meier estimate meaningful in left-truncated right-censored (LTRC) data?

As an example of where the KM is not meaningful:

In the channing dataset, we want to see how survival rates differ between gender. It is left-truncated because not everyone enters the study cohort at the same time, and in this particular dataset, some people can die before others enter the cohort. 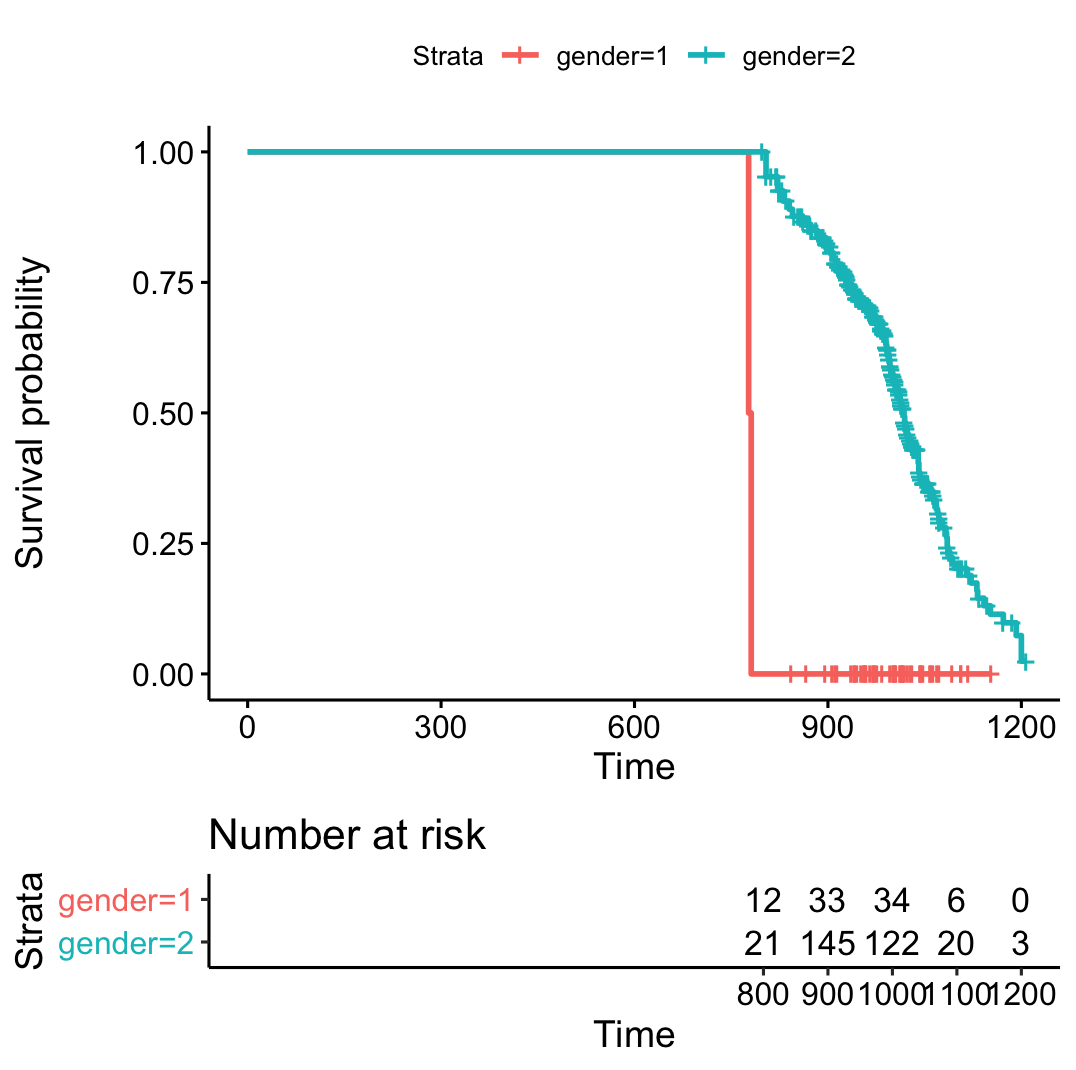 This is an extreme dataset where it just so happened that everyone died before the first person who was censored, so the survival probability depleted to 0. I know there is a conditional KM estimator, but I understand it's estimating a different quantity. I want to know in what cases can I use the KM estimator for LTRC data and still be able to say a meaningful interpretation.

which essentially defines the risk set differently by choosing when you want to start "recording" the risk set. 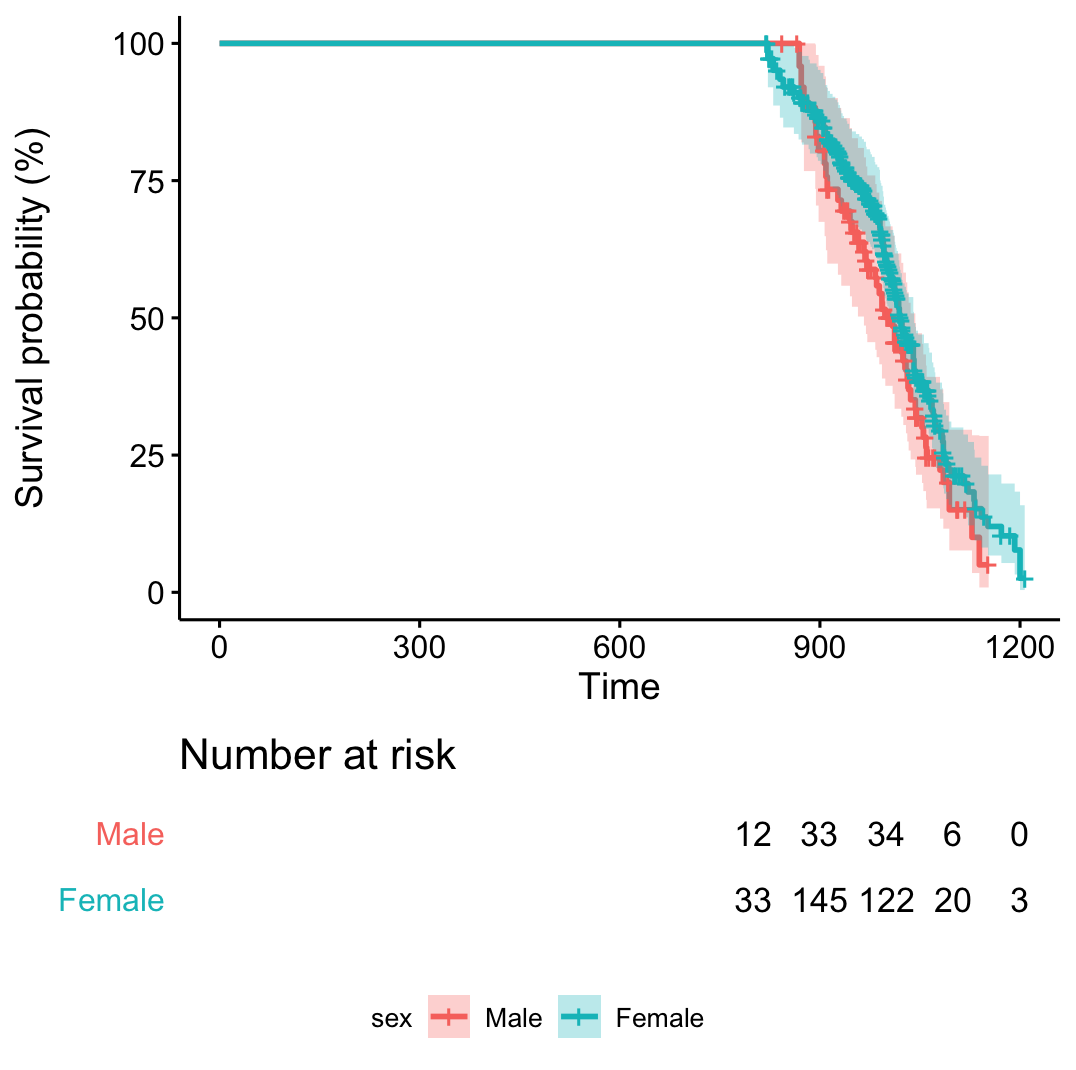 Here, the survival estimator perhaps captures more accurately what we expected of the survival rates of the larger cohort once we conditioned on people surviving until a certain age (e.g. 68 yrs). Mathematically, under the hood, I think the risk set was big enough such that $\hat{S_t}$ did not deplete to 0 so quickly.

So even if you don't have an extreme case like this, there will be a very large error in the product-limit estimate in a scenario where there are few cases having the earliest observation times. When you say:

I want to know in what cases can I use the KM estimator for LTRC data and still be able to say a meaningful interpretation.

The conditional product-limit estimate that you show in the question is one way of dealing with that problem. Klein and Moeschberger describe another approach in Practical Note 2 on page 126, published by Lai and Ying in 1991: ignore deaths at times when the risk set is small. They say that "this estimator is asymptotically equivalent to the usual product limit estimator," and thus might provide an unconditional product-limit estimate that is more reliable.

That said, you have to think carefully about which population is being modeled with left censoring. Left censoring sometimes is central to the analysis. Therneau and Grambsch on page 75 describe a situation in which survival time needed to be estimated from date of original diagnosis of Parkinson's Disease, but data were only available on patients who had presented to Mayo Clinic after that time. Each patient's entry time was properly left censored, at the time after diagnosis when the patient came to Mayo, "since the patient was not at risk for an observable death" prior to that time. The population and time of interest was clearly time to death after diagnosis, for a population diagnosed with Parkinson's Disease.

With the channing data, however, the population of interest is not so clear. For example, I have lost many male friends and relatives who died at ages less than the youngest male age-at-entry of 61 years in the channing data. If you are trying to model age at death, you have completely truncated and have no information on all those who die before they are old enough to enter a retirement home. So just what is the population whose times-at-death you are modeling in those data?

4
How to log-transform the confidence interval for the survival function?
4
Intepretation of Kaplan Meier with truncated and right censored data
0
Kaplan Meier Curve (right censored data)
3
What does the "weights" argument do when fitting Kaplan-Meier curveswith the survival package?
1
Estimator of failure by cause j at time t
1
Survival Analysis R Variance different from Greenwood formula?
0
Cox proportional hazards model with participants dropping out without event
2
Prediction metrics for left-truncated and right-censored data