Are there constraints for the variance of predicted probability on calibrated models?

I'm sorry if the title is too vague. I'm not really sure of what I ask, this is a somewhat speculative question...

The setting is that I'm using XGBoost in a binary classification problem (40% positive class) , and I want to get predicted probabilities, so after the model is trained, I train an isotonic calibrier. What I get is the following: 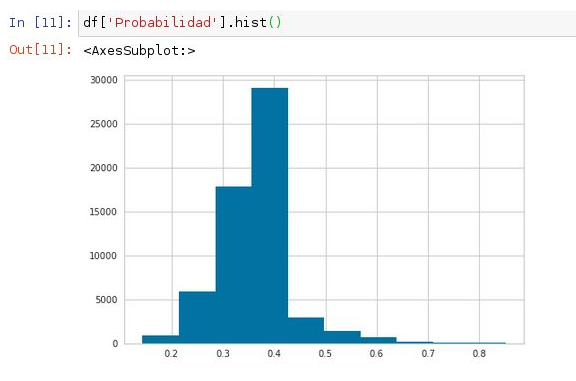 So, after seeing this histogram, I began to think that the model was not very informative, or too conservative. I mean, let's imagine that we had all possible models with perfect calibration in front of us. Which one will be the best? And the worst? I think the worst will be the model that predicts the base rate for all instances, as this is the bare minimum that a non-informative but calibrated model can give. And the best will be the model with two peaks, on 0 and 1, a model that "knows" for certain the class of each instance. In between, the rest of models could be ordered in terms of how concentred is the histogram around the mean.

I'm not sure of what I'm saying, so I ask just in case there is a theory that supports this intuitions:

Check the answer that I made here:

Experimentally, I have found that optimizing for what is called there "histogram-width" and optimizing for "roc_auc" is really similar. So yes, I think there is a close relationship.

Not the answer you're looking for? Browse other questions tagged probability classification boosting calibration scoring-rules or ask your own question.

1
Proper way to incorporated CalibratedClassifierCV in cross-validation in Scikit