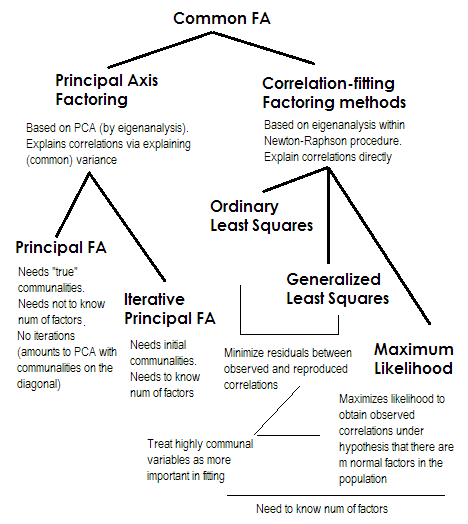 1
Principal component analysis (PCA) vs. method of principal components for factor analysis (FA)
253
What are the differences between Factor Analysis and Principal Component Analysis?
131
Is there an intuitive interpretation of $A^TA$ for a data matrix $A$?
97
Loadings vs eigenvectors in PCA: when to use one or another?
39
How does Factor Analysis explain the covariance while PCA explains the variance?
14
What are the assumptions of factor analysis?
19
PCA and exploratory Factor Analysis on the same dataset: differences and similarities; factor model vs PCA
15
Steps done in factor analysis compared to steps done in PCA
8
Whether to use original or reverse coded items in factor analysis?
8
What is the relation between singular correlation matrix and PCA?
See more linked questions