Impractical question: is it possible to find the regression line using a ruler and compass?

The ancient greeks famously sought to construct geometrical relationships using only a ruler and a compass. Given a set of points in a two dimensional plane, is it possible to find the OLS line using only such instruments?

This question has absolutely no practical application that I can think of.

Loosely speaking, it's apparently possible to compute any quantity which can be expressed "using only the integers 0 and 1 and the operations for addition, subtraction, multiplication, division, and square roots" with only a compass and ruler -- the wikipedia article on constructible numbers has more details. Since the slope of the OLS line definitely has such a closed form, we could deduce it's possible to construct the line.

As someone who isn't an expert in compass and ruler constructions, I found this a bit unbelievable, so I gave it a try myself: the green line is the OLS fit for the three blue points, not fitting an intercept for simplicity.

You can play around with it here for yourself and drag around the blue points a bit. 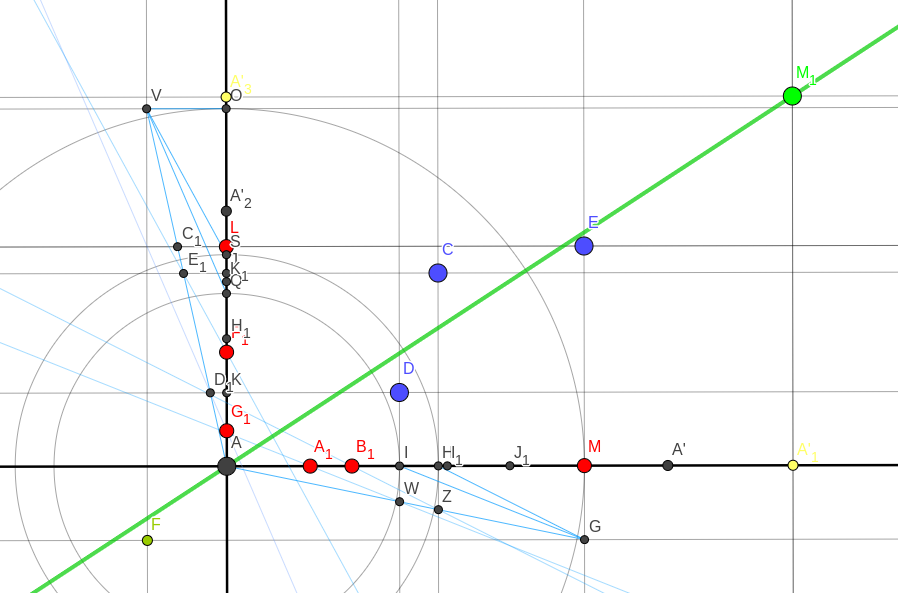 Here's roughly how the construction went: it turns out you can multiply two numbers by constructing similar triangles. So for each of the three (x,y) points, I computed x^2 on the x-axis and xy on the y-axis (shown in red). Then I simply added up all the x^2's and xy's to get the green point in the top right which defines the OLS line.

Not the answer you're looking for? Browse other questions tagged regression geometry blue or ask your own question.

16
Showing spatial and temporal correlation on maps
19
Geometric understanding of PCA in the subject (dual) space
2
Is weighted 2d regression the same as a projection of 3d regression?
0
Multivariate linear regression : (more theoretical and) geometrical aspect)
1
RANSAC: should we always sample with the minimal number of data points?
0
How to detect automatically if a two-dimensional set of points shows a trend?