What is masking in the attention if all you need paper?

I am a newbie to the NLP and specifically, the attention is all you need and I can understand the encoder part of the paper.

I need a layman's understanding of the above questions. 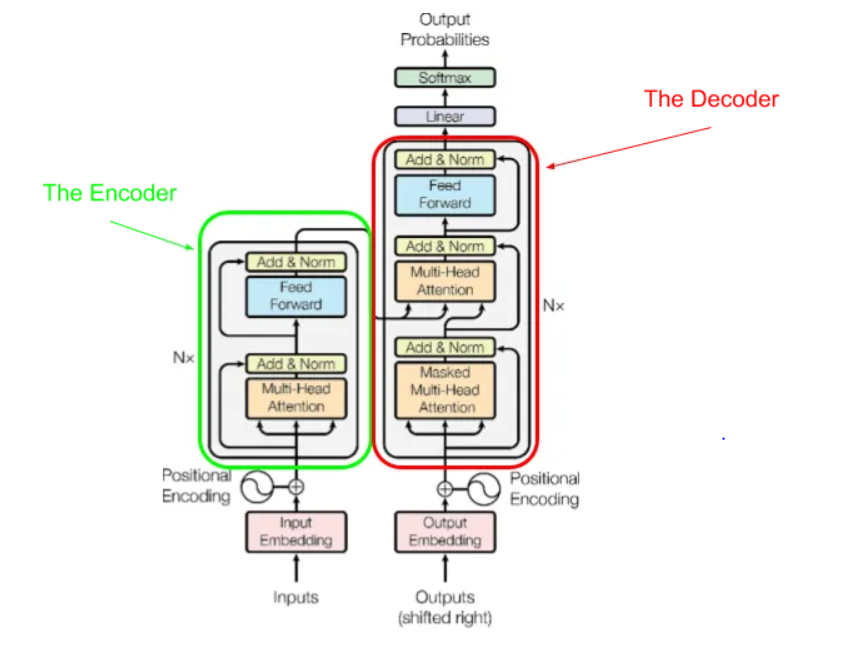 In the pic below and the decoder part, where does it gets the output embeddings from?

The embedding layer (which is shared with the input embeddings too).

Why does it need positional encoding?

Otherwise the attention mechanism wouldn't be able to distinguish the sentence "The dog ate the apple" from "The apple ate the dog".

What is Masked Multi-head attention?

That's also a valid "input" to the decoder. It's not drawn at the bottom of the decoder block, but that doesn't make it any less of an input.

Two arrows represent the output of the encoder; what does it describe?

Attention is a function which takes 3 arguments: values, keys, and queries. The two arrows just show that the same thing is being passed for two of those arguments.

Not the answer you're looking for? Browse other questions tagged neural-networks natural-language tensorflow rnn attention or ask your own question.

3
Understand the output layer of transformer
2
Encoding Layers in the Transformer
3
Multi-Head attention mechanism in transformer and need of feed forward neural network
0
Attention is all you need: from where does it get the encoder/decoder input embeddings?
0
How does tf.keras.MultiHeadAttention layer handle positional encoding?
0
Why the asymmetric design between (Q, K) and V in tranformer's attention?