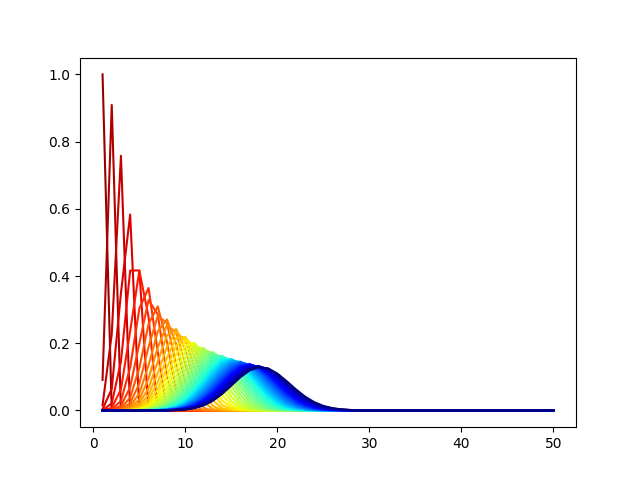 My question is: why does the Chinese Restaurant Table distribution look like a Gaussian distribution for medium-to-large $T$?