Expression for the prior predictive density for a multivariate normal distribution with unknown mean and unknown variance?

I am trying to find the expression for the prior predictive density for a multivariate normal distribution with unknown mean and unknown variance.

In the short document Bayesian Inference for the Multivariate Normal is given for a single observable $w$: 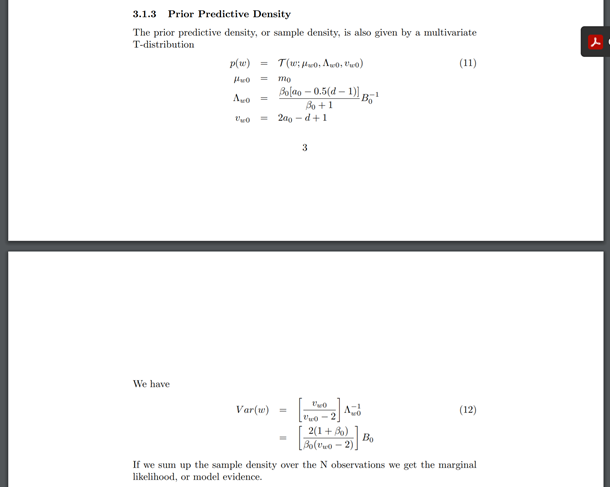 It would be great if someone can give the expression for the entire data set.

In the text book Bayesian Theory by Bernardo and Smith, they give the following table: 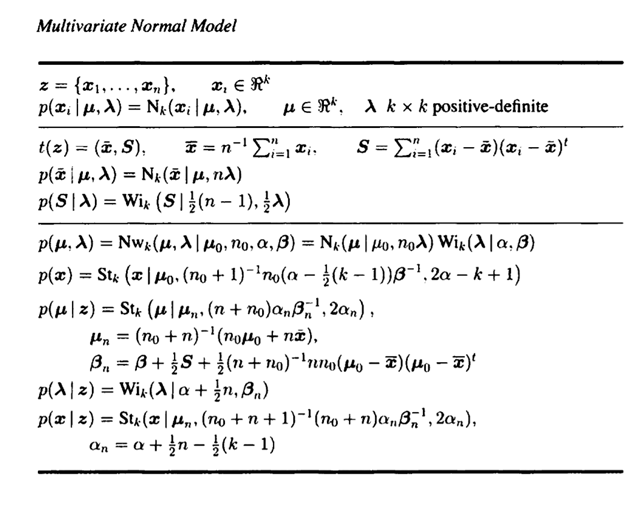 My suspicion is that the expression for the marginal likelihood p(x1, x2, ..., xn) is obtained from p(x) by replacing k in the multivariate student t-distribution with k * n.

I think what I was looking for is Eq. 234 in this document:

I believe that this marginal likelihood is also often called the "model evidence" or the "prior predictive density".

For example, this document uses the term "prior predictive distribution" to refer to the 1-D version of Eq. 234: https://www.statlect.com/fundamentals-of-statistics/normal-distribution-Bayesian-estimation#hid6

Therefore, I will leave the title of this question as is.