I am presented with the following parallel coordinate plots in PCA: 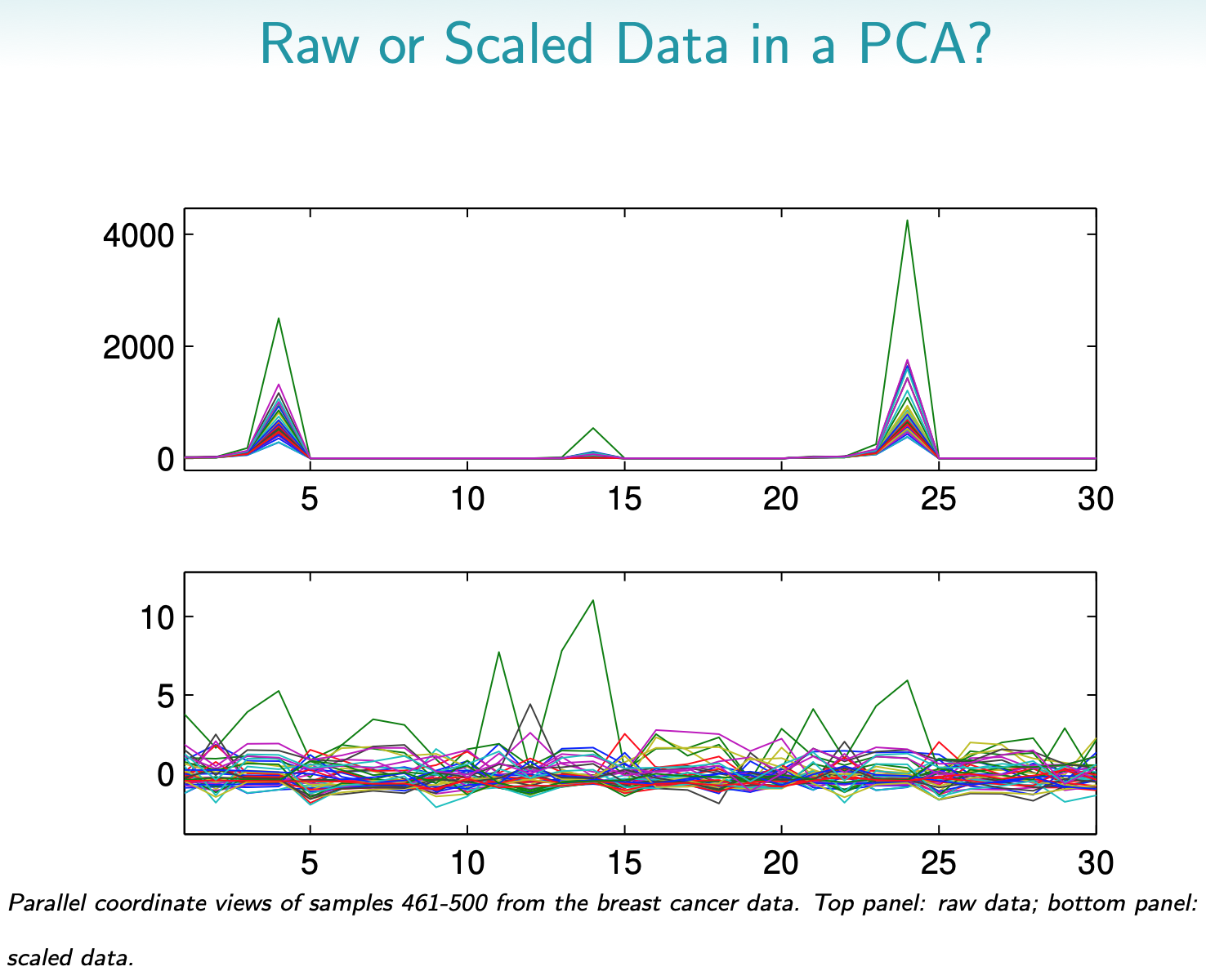 The following is then said:

Variables 24 and 4 dominate the parallel coordinate plot of the raw data and result in a PCA with the following features:

The quotations and plots from the question seem to be extracted from the book "Analysis of Multivariate and High-Dimensional Data" by Koch I, so to answer this question we need to have a look to the related notation that the author uses in it:

However, note that this use of the word loadings may not be a widespread convention, see e.g. Loadings vs eigenvectors in PCA: when to use one or another?. So this issue may be one of the main difficulties related to the question

Here we can see that the author uses the word weight to refer to each element of the eigenvector $\eta_k$ as they represent the projection of each variable in the direction of $\eta_k$.

Knowing this we can know answer the questions related to both quoted points:

As said earlier, these weights represent the projection of each dimension (variable) that model the breast cancer data in the direction of the first eigenvector.

The author uses the word loadings to refer to the eigenvectors $\eta_k$. However the sentence "the loadings are interchanged" would make more sense if we used the word loads (or weights) instead of loadings because we are already talking about the second eigenvector (loading).

Thereby if we follow this reasoning (using the word loads instead of loadings), we know that again, the variables $\text{4th}$ and $\text{24th}$ have the highest weights (or loads) in regards to the second eigenvector $\Rightarrow \eta_2$ is mostly concentrated on these two variables.

The fact that the weights have been interchanged means that now the highest weight corresponds to the $\text{4th}$ variable. Intuitively we can think that this makes sense as both eigenvectors are perpendicular to each other.

Relation with the plots:

As a sidenote, note that this happens because we are dealing with the raw data $\Rightarrow$ As we can see in the first plot, the highest values correspond to the variables that we have been talking about ($\text{4th}$ and $\text{24th}$). Having both of them values with several orders of magnitude bigger than the rest of the variables.

Not the answer you're looking for? Browse other questions tagged pca eigenvalues or ask your own question.

96
Loadings vs eigenvectors in PCA: when to use one or another?