Distribution of sums with multiple dice of differing sides for a probability of success. Why do distributions vary with probability?

I have been looking into dice distributions within the context of rogue-like or D&D type games. I found this question.

In lots of these types of games you will be attacked by something with multiple attacks. In this case a die will be rolled (with some kind of probability of success) to see if your attack succeeds. On success a damage roll will be rolled. For each attack the same probability for success will be used to see if the attack is a 'hit' or a 'miss'.

For my simulation I used two attacks of one six sided die and three ten sided dice. The '3d10' dice are rolled together and summed for damage for a successful attack. Individually these give the pdf of: 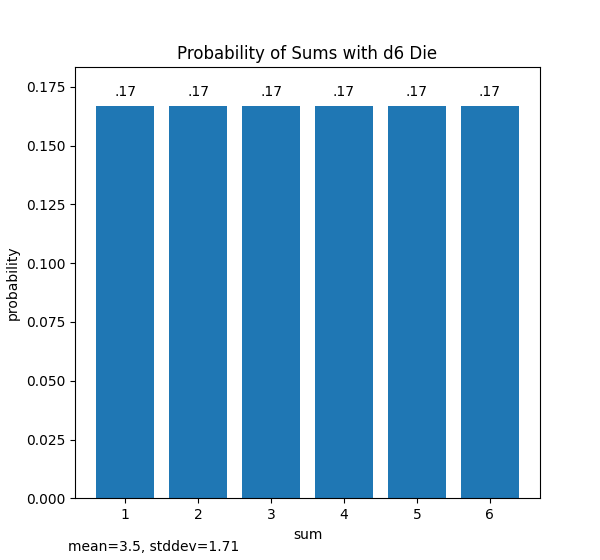 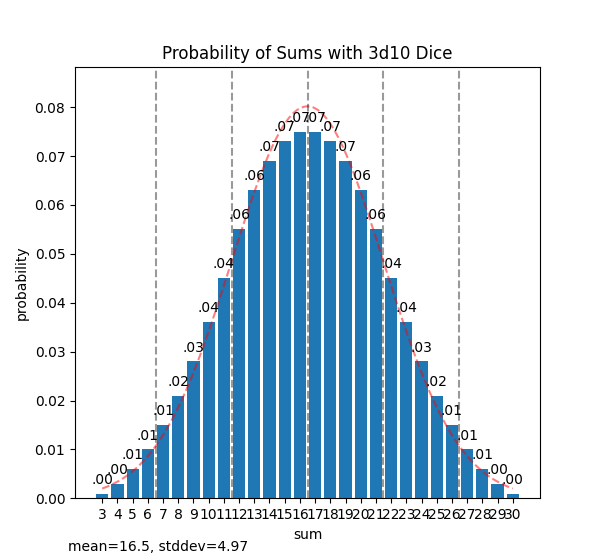 Using different levels of p for attack success I found some very distributions: 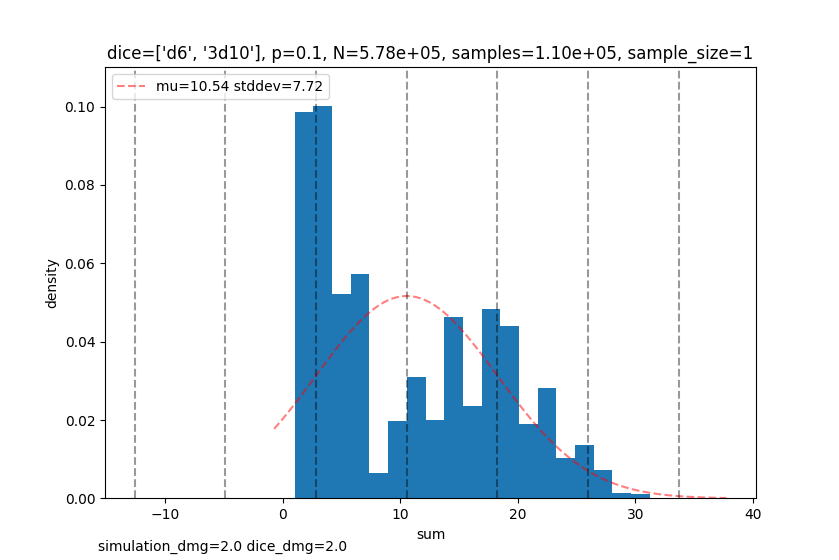 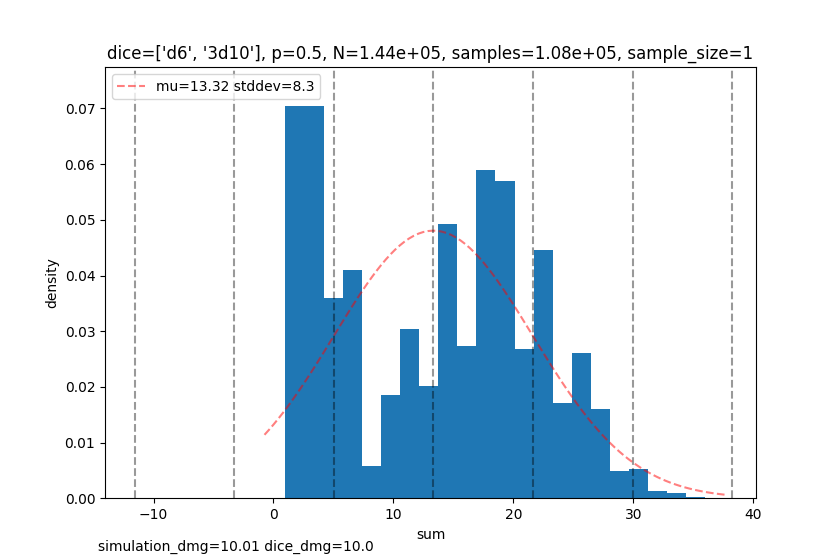 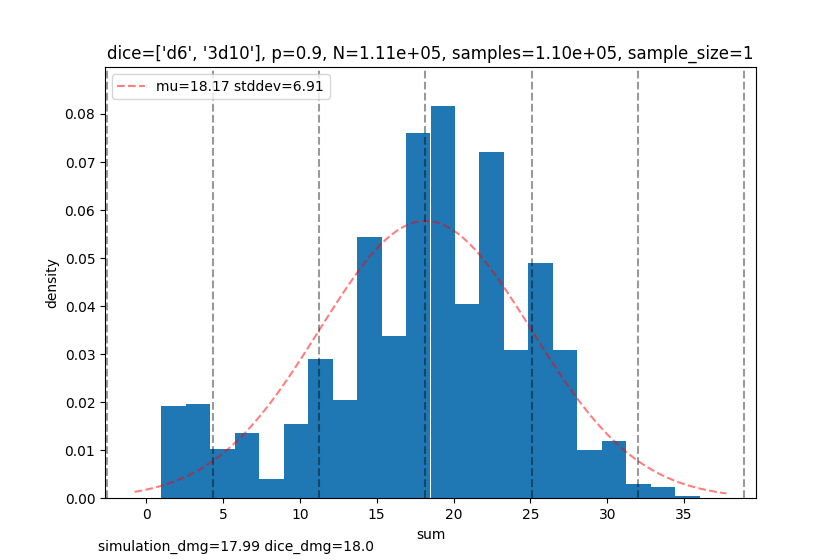 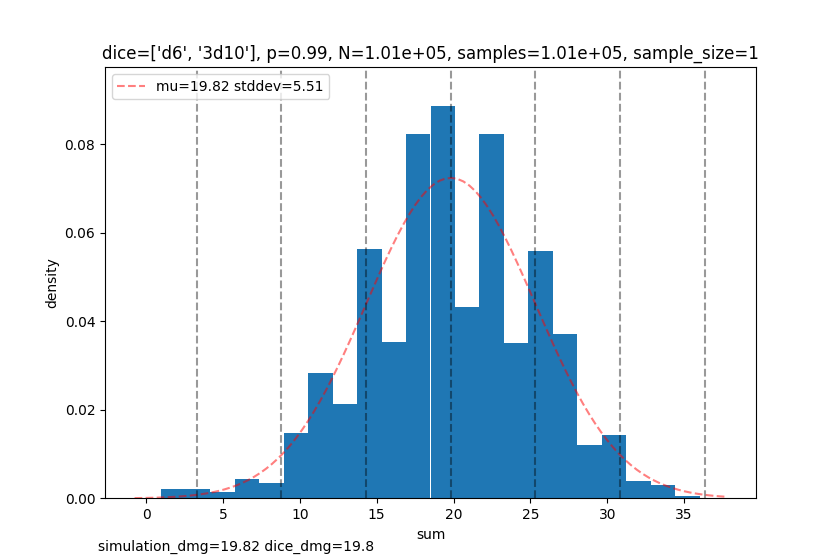 I would figure this would settle down into some kind of normal-ish distribution, since the p is invariant. But, what I found was very surprising : the p value dictates which dice damage dominates. I assumed that the probability density between the rolls should be about the same regardless of p.

I also tried a mean of means and it seems the CLT comes into play: 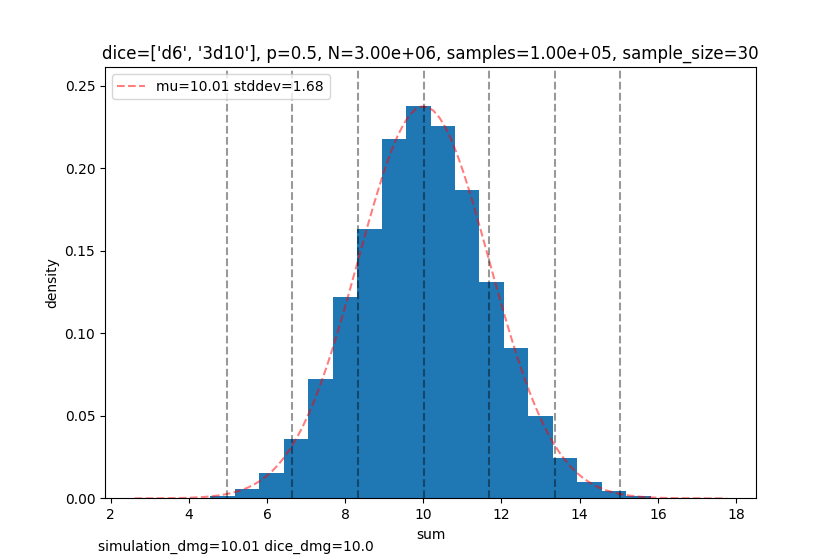 Setting p=1 will also produce the same kind normal distribution (although noisier.) You also might notice that the theoretical mean damage (where I have just added together the means of the dice) to the simulation mean damage (bottom left on the graphs) always are close and I would guess approach each other asymptotically.

I only took N trials (normalized for samples) to about 10^5 as the code is not very fast and I wanted to make sure it was correct and easy to read. The shape of the distributions do not seem to change with more N.

This the inner code used generate the graphs:

0 damage samples later thrown out. N differs so that the the kept samples will be about the same.

If $p$ is high, you almost always get the damage of both attacks. In that case, the effect of the 1d6 is not so important, because what determines the damage is mostly the big attack.

However, with $p$ lower, samples are often one of the two, and then what you observe looks more like a mixture distribution, like in this image. Here the red curve would be the small die and the green curve is the 3d10. 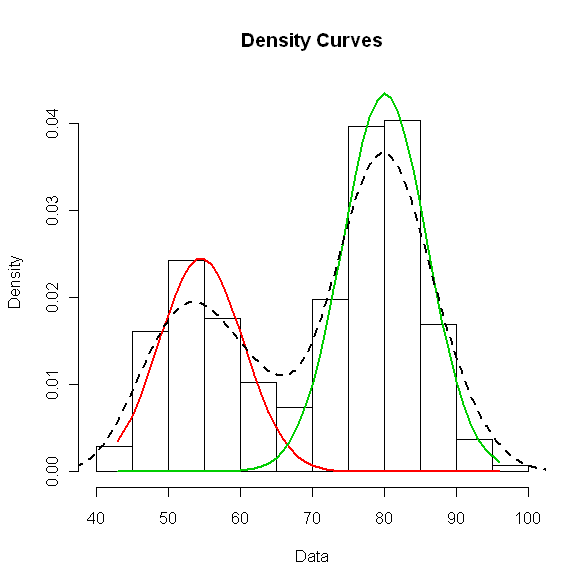 Not the answer you're looking for? Browse other questions tagged distributions dice or ask your own question.

17
What is the distribution for various polyhedral dice all rolled at once?