I created a survey to find out if people spent more time in their gardens in 2020 when compared to 2019. I did a paired sample Wilcoxon test to compare the two and found a significant difference but now I'm unsure how best to present the data. I used ggplot in r to create this graph but I don't think it is the best way to show how I compared the data as a whole. 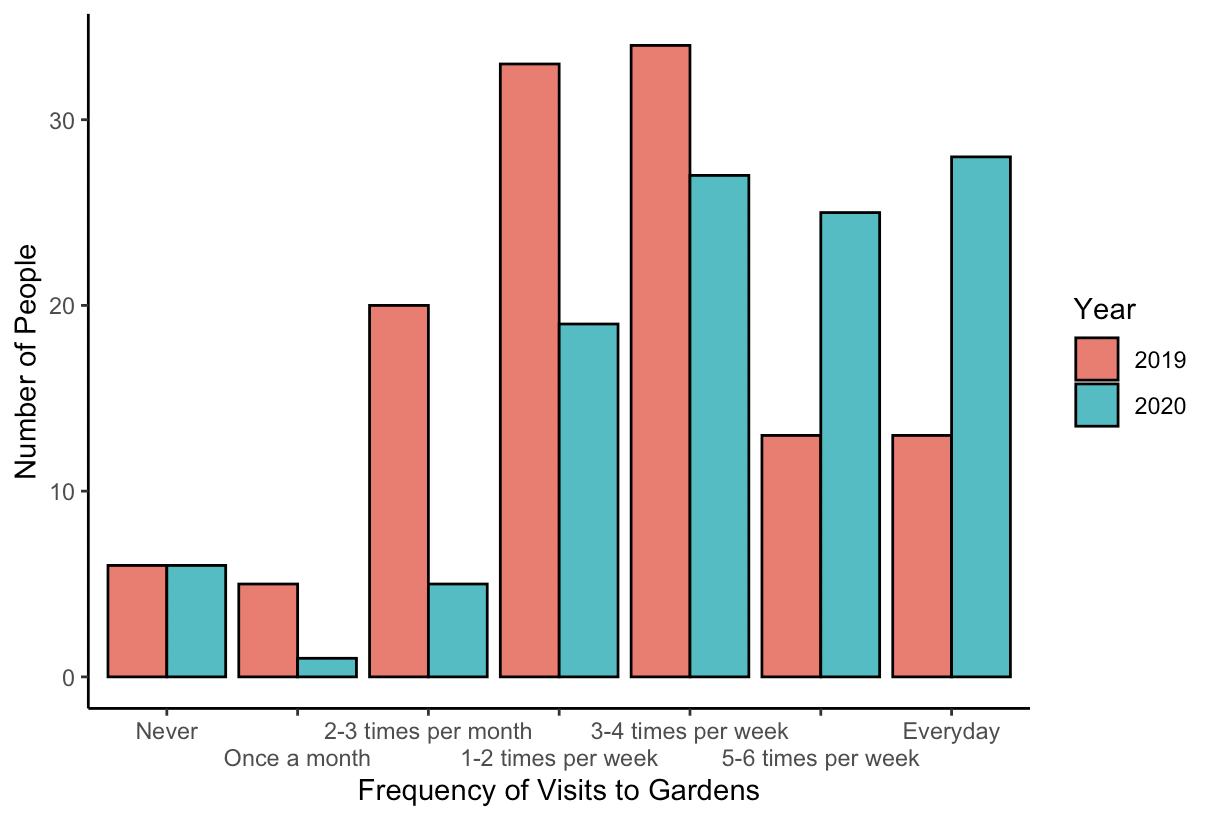 Here is an example of the raw data

Any advice on what may be a better way to show this data would be very helpful and appreciated, thank you!

The primary thing to bear in mind is that the Wilcoxon signed rank test (i.e., the paired test) compares two values from within the same respondent. Typical plots don't take that into account and so there is a mismatch between the test and the plot. That isn't necessarily bad, so long as you and any other viewers hold that clearly in mind while viewing the plot, but in practice, many people won't. (For further discussion in the context of a paired $t$-test, see my answer to: Is using error bars for means in a within-subjects study wrong?) For a discussion of plots for the Wilcoxon signed rank test that do take the within-respondent nature into account, see: How to best visualize one-sample test?

If you want a figure to display those, rather than a list of numbers buried in the text, you could use a stacked bar chart or a dot plot. Below I use base R to generate some fake data, compute the effect size, and make a plot from that. 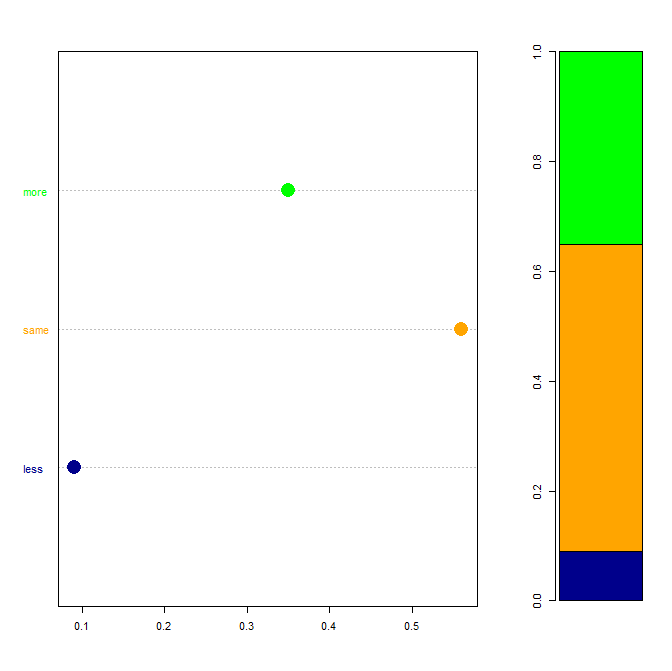 Admittedly, with only three points, pairing the dot plot with the stacked bar chart is overkill, but I do like this pairing when there are more values.

This display focuses on change from 2019 to 2020. I guessed numbers from your graph and scaled to % in each year. 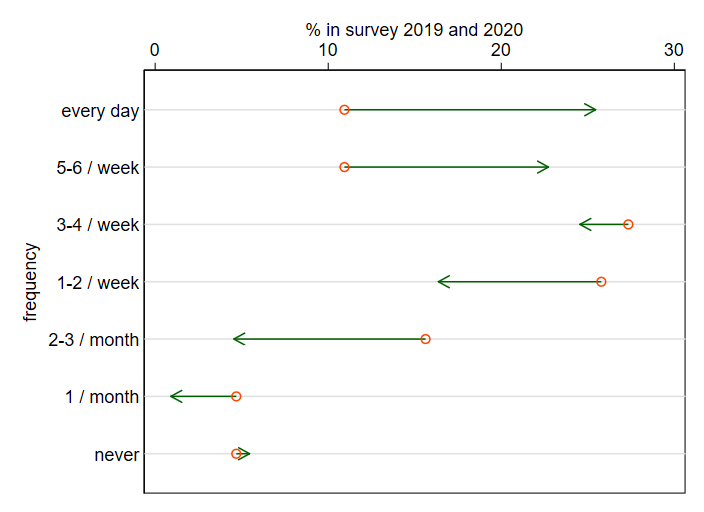 The graph needs, or benefits from, a supporting narrative. The arrows show change from 2019 to 2020, so an arrow pointing right shows increased in 2020 and an arrow pointing left shows decreased. The percent visiting at least 5 times a week went up, the percent visiting less frequently correspondingly went down, and the small fraction reporting never was about the same.

Not the answer you're looking for? Browse other questions tagged r data-visualization wilcoxon-signed-rank or ask your own question.