How should one call the complement of the critical / rejection region?

In null hypothesis statistical testing, the critical region (also known as the rejection region) is 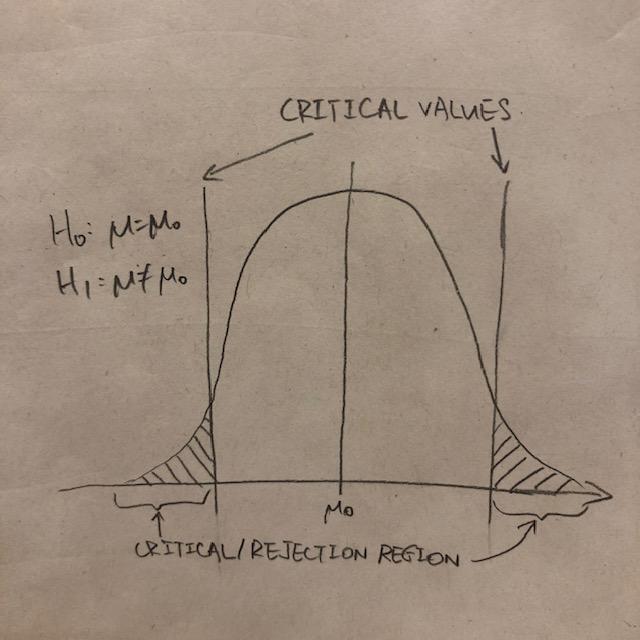 The question is: How do you call the complement of the critical region / rejection region (the interval where the distribution is not shaded)? Is there a specific term for this interval?

I have heard of the interval being referred to as "non-rejection region" and "acceptance region" (which IMO is misleading as it implies acceptance of the null), though I am looking for answers with reference(s) that have defined / discussed on such terminology.

Note: I have seen this question but the question deals with the Bayesian version.

Not the answer you're looking for? Browse other questions tagged hypothesis-testing references terminology or ask your own question.

2
How should I call the complement of a credible region?

3
Confused about region of rejection vs P-value.
3
Different ways of determining rejection region of a two sided test
2
Can pivot be used for testing
6
Is the choice of test statistics in hypothesis testing a completely philosophical one?
0
Failing to reject the null hypothesis