Expected distance to nearest neighbour: Why integral of survivor function? (instead of derivative)

Previously, I asked the question how to calculate the expected distance to the nearest neighbor molecule in 3-dimensional space. This question was fully answered, which is I ask this related question in a separate thread. As a disclaimer, I know that the previous answer reflects the literature, and I do not intend to question its validity whatsoever.

I wanted to calculate the expected distance of 1 particular of 500 molecules to its closet of 499 neighbors that are randomly diffusing in a volume of 1 cubic micrometer.

I think I understand the following statement:

Since the neighbor positions are independent, the chance that all are further than distance 𝑟 is

But to my mind, without former education in math and statistics, I would argue that the derivative of this function - the change in probability at given r - should reflect the probability of finding closest neighbors at this r. Also this approach seemingly perfectly recreates a 3d simulation: 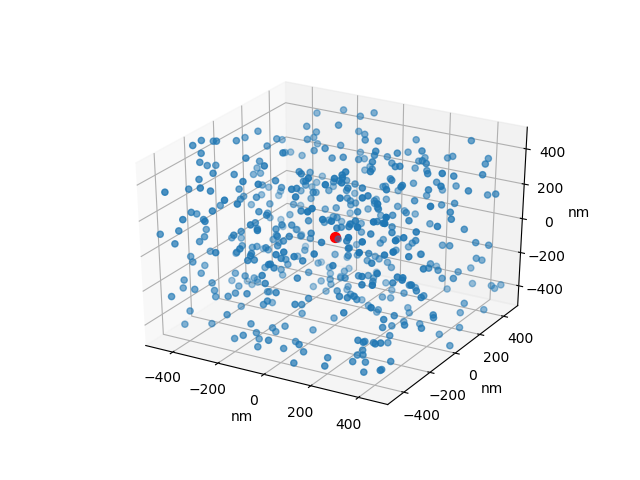 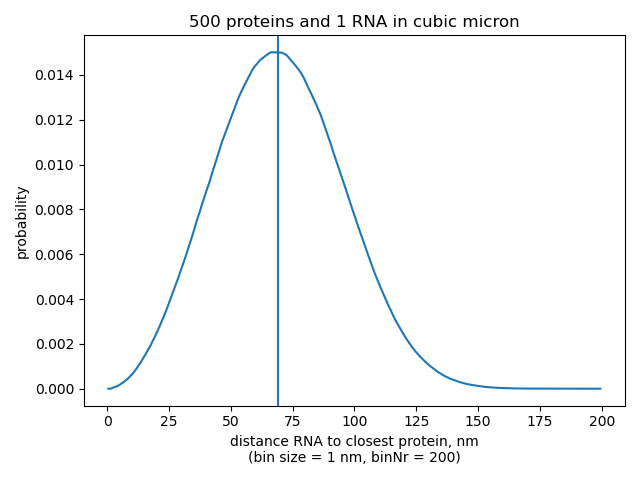 Probability of finding 0 neighbors within r: 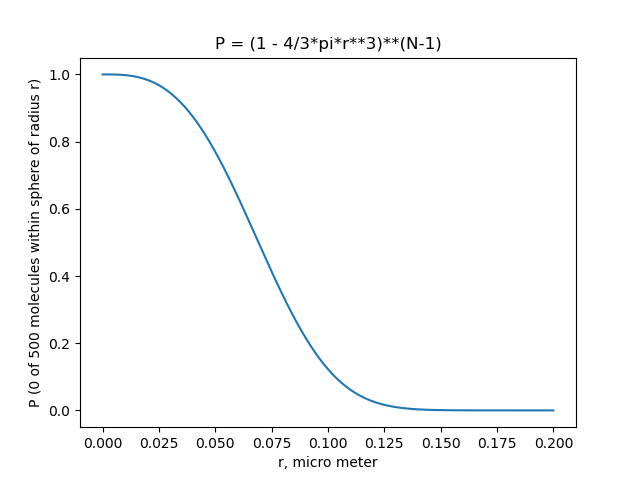 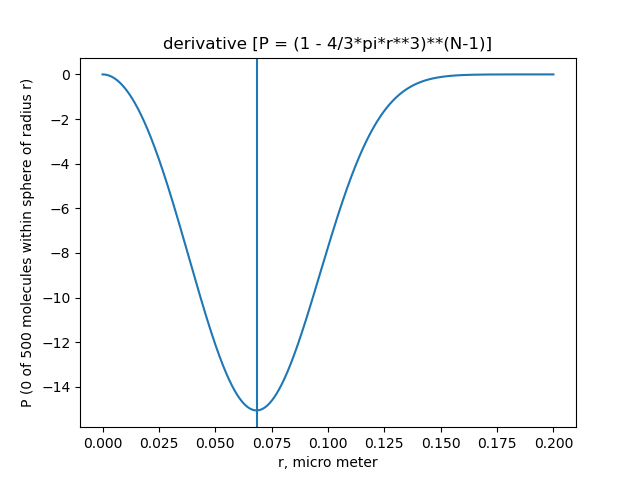 So, the derivative seems logical to me, also it perfectly recreates the simulation. Instead, the textbook approach is off by around 70%. (see linked question)

EDIT: I happened to find the answer to the question. I repeated the calculation without the sphere-factor (4/3 * pi), what perfectly recreates the previous answer. I know what is going on. A moderator may delete the question, unless it is found educative. Thanks!

Self-answer: The difference between my calculations and the calculation of the answer to my previous question is in the units of [r]. My calculation assumes r to be the distance in real meters in euclidean space. The [r] from the previous question refers to a ratio of sphere radii, setting the (bigger) reference-sphere to a volume of 1 cubic micrometer.

I still don't understand the part of the integral though; I get the exact same distribution using the derivative.

Not the answer you're looking for? Browse other questions tagged probability distance or ask your own question.

6
What is the expected distance to the nearest molecule?

4
Confused about why we would use expected value instead of MLE when estimating some parameter
3
Using a distance matrix *with errors* to find the coordinates of points
1
Why use a probability distribution function instead of a histogram?
0
In k-means or kNN, we use euclidean distance to calculate the distance between nearest neighbours. Why not manhattan distance?
6
What is the expected distance to the nearest molecule?