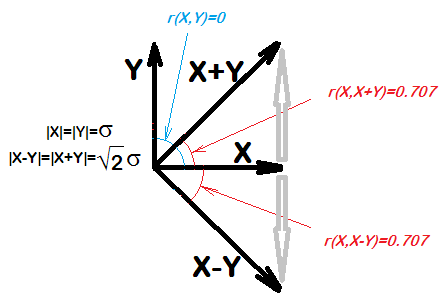 0
Relationship between correlation of x vs. x+y and y vs. x+y
81
How to visualize what canonical correlation analysis does (in comparison to what principal component analysis does)?
39
How does Factor Analysis explain the covariance while PCA explains the variance?
21
Completing a 3x3 correlation matrix: two coefficients of the three given
43
Multiple regression or partial correlation coefficient? And relations between the two
10
Data space, variable space, observation space, model space (e.g. in linear regression)
7
Does the first principal component differ from simply computing the mean of all variables?
4
Intuition (geometric or other) for $Var(X+Y) = Var(X)+Var(Y) + 2 \ Cov(X, Y)$
4
Visualizing the difference between uncorrelatedness and orthogonality
2
Distribution of ratio of correlated normals
See more linked questions