Is support vector machine with linear kernel the same as a soft margin classifier?

The idea of soft margin classifier means that one allows a number of misclassifications on the wrong part of the margin. This has nothing to do with the used kernel. Using a linear kernel or other type of kernel only affects in which kind of space the separating margin is searched. All SVMs uses soft margin, but one can push the soft margin behavior towards a hard margin behavior but imposing a very large penalty on errors.

Linear SVMs either for regression or for classification have a special characteristic. The numerical computations are simpler because one can compress the original result of the algorithm into a much simpler formula (due to it's linearity). This is why often implementations for SVMs and SVCs have sometimes separate implementations for the linear kernel.

No. The two are independent of each other.

A soft-margin classifier can tolerate misclassification of some observations, making it suitable for training even if the data are not separable.

So, the choice of the kernel and the choice between the hard or soft margin are two distinct choices you need to make. In practice we almost always use soft margin, but control for its "softness" using the parameter $C$. As $C \rightarrow \infty$, the margin approaches the hard margin. 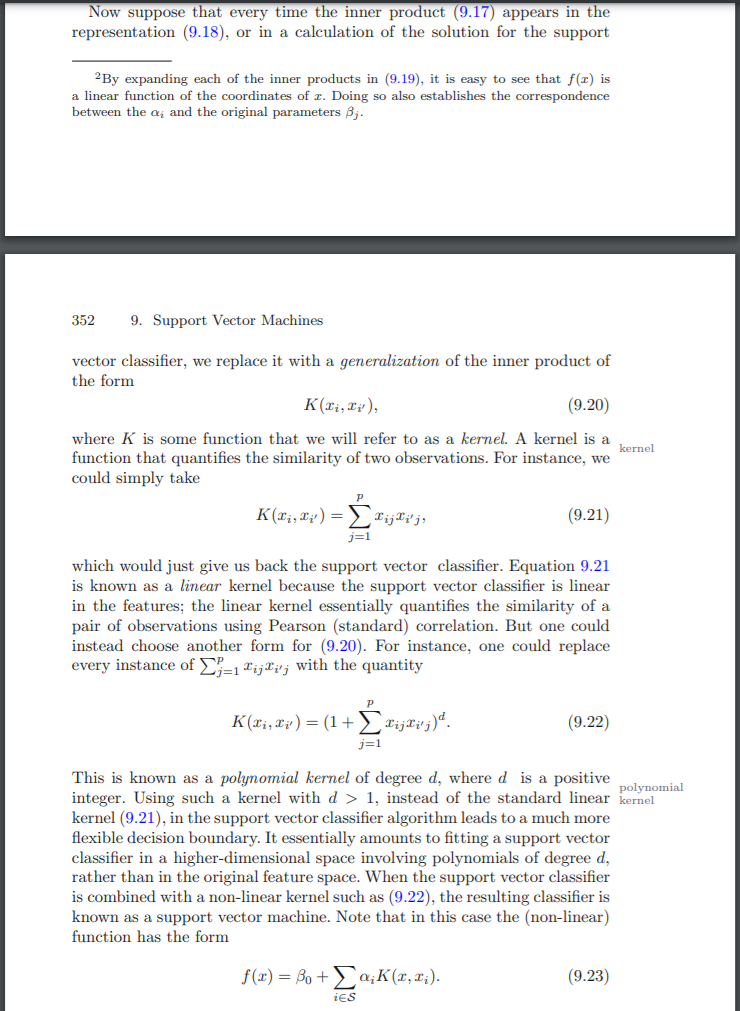 Not the answer you're looking for? Browse other questions tagged machine-learning svm or ask your own question.