What algorithm to use to classify image-like data by spatial relations?

Let's assume I have dataset of image-like 2D samples where values can be divided into few discrete levels (for example 1, 2, 3 and 4) like in the image below, where each color maps different value, from 1 to 4. Number of how many times given color occurs on the picture varies from sample to sample though. 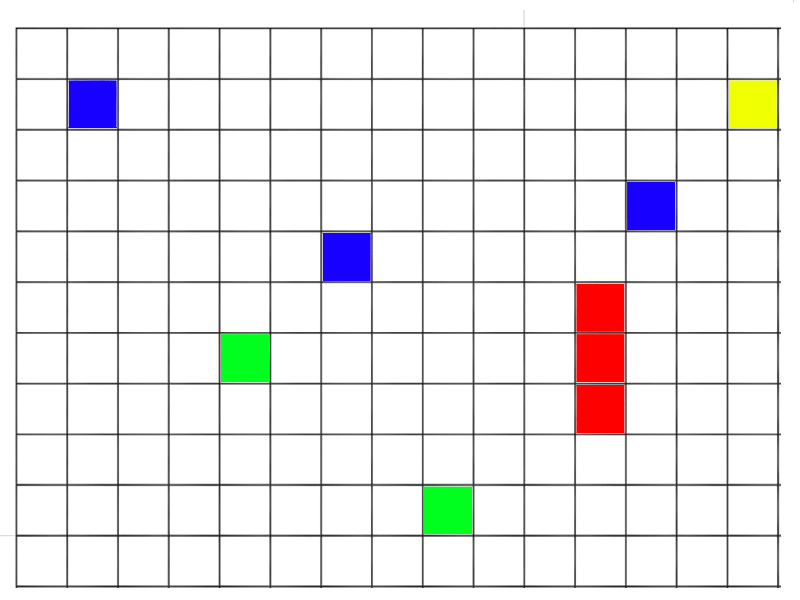 I would like to classify these images into different classes but based on the spatial relations of these values between each other (not the values themselves). By spatial relations I mean basically (left, right, up, down), for example:

My question is, what machine learning or deep learning algorithm I should use for that task? I would appreciate even just some keywords or clues of what might help here.

[EDIT] These data are not proper real images. Just more-less 50x50 arrays with one integer value per cell (range of these values is limited to just few, like 1, 2, 3, 4).

I'm still not quite sure I understand whether you already have two classes to perform classification on, or whether you are trying to detect clusters in an unsupervised manner. My answer assumes the latter, although the first part of my answer would be largely the same for a classification task.

You should be able to capture the approximate position of an object can be captured by a convolutional neural network.

You would then split your data into 4 channels:

Each channel is then be used in a 2D convolutional layer, with the first activation set to linear, since the input is just ones and zeroes. Provided you have enough of these 'images', your network should be able to learn combinations of positions of objects 1–4.

The next question is what to use use as output. Since you don't have a label to train these arrangements from (as far as I understood the question), what you could try is to have the network simply map the arrangements based on similarity.

Take for example the example of a convolutional variational autoencoder from the tensorflow tutorial page: 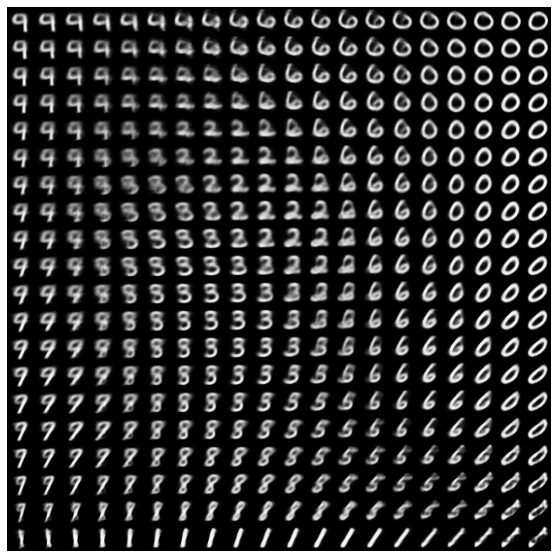 The VAE loss forces images of similar digits to be closer to one another and vice versa.

That should at least get you to the point where you can "group similar arrangements". Of course a simple $t$-SNE should be able to do the same, but after training a network like this, you end up with an actual model that you can use.

Not the answer you're looking for? Browse other questions tagged neural-networks classification spatial or ask your own question.

1
How to prepare colored images for neural networks?
4
How to interpret the classification boundary?
3
What might a correct approach be, to image preprocessing for CNN for these specialised images
1
How to measure the spatial dipresion of multiple clustered data
0
2D convolution with values that encode categorical data