I have a database with more than 50000 observations. 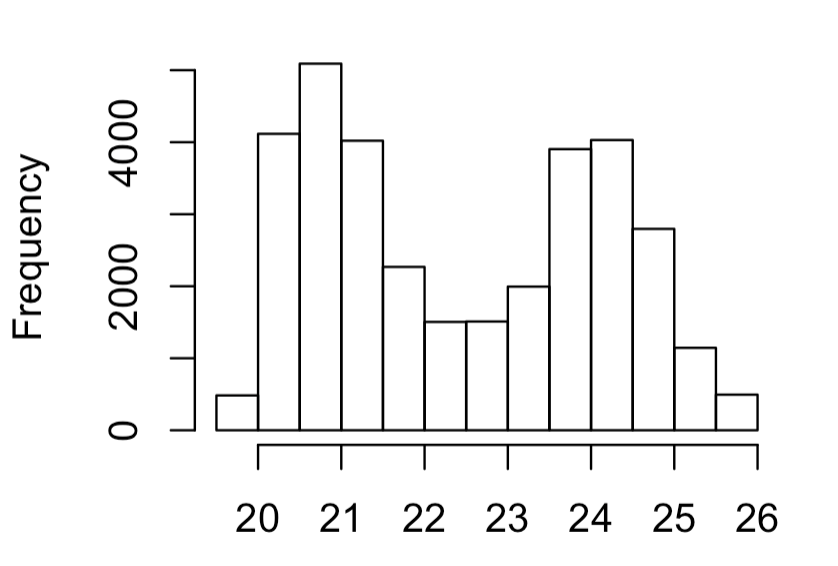 For the determination of normality by means of statistical contrasts, since the Shapiro-Wilk test cannot be used due to the large number of observations, would it be better to use the Kolmogorov-Smirnov test or the Anderson-Darling test?

First, you hardly need a formal test with $n = 50\,000$ observations and such an obviously bimodal histogram.

There are various kinds of tests of normality.

Each of these tests would require some modification or pre-processing before use.

Because I don't have access to the data in your histogram, I will use somewhat similar fictitious data to illustrate a couple of possibilities. 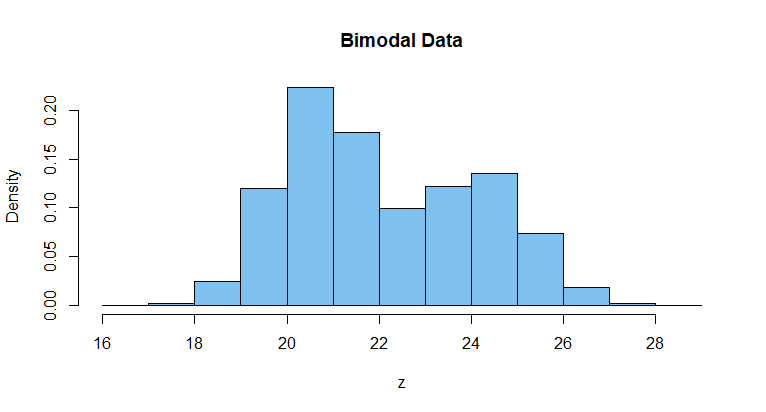 One could sample $5000$ observations from among the $50\,000$ in z to use shapiro.test, to get an unequivocal rejection of the null hypothesis that data are normal, with a P-value very near $0.$

I am not sure why shapiro.test is limited to 5000 observations. Perhaps it has to do with memory allocation or running time. However, it may make sense to limit a goodness-of-fit test in this way to avoid rejection on account of inconsequential quirks of the data that may have nothing to do with the purpose of testing for normality.

39
What is the difference between the Shapiro–Wilk test of normality and the Kolmogorov–Smirnov test of normality?
1
What's a good normality test for time-series / sleep data?
5
Disagreement between normality tests and histogram graphs
11
Goodness of fit test: question about Anderson–Darling test and Cramér–von Mises criterion
5
R and SAS produce the same test-statistics but different p values for normality tests
5
Distribution specificity of the Anderson-Darling test
6
Kolmogorov Smirnov test vs. Anderson Darling test
0
Non-normal data, non-parametric tests for normality, and determination of statistical parameters