I have a regression with 2 predictors: gender (=1 if female, 0 otherwise) and risk attitude (measured on a scale from 0 to 10). When I only include main effects, i.e. run the model

risk attitude is significant and gender insignificant. However, when I include an interaction term, i.e. run the model

Don't think of a 'main effect', in the presence of a higher-order effect such as an interaction term, as something you should interpret. The 'main effect' is there as a sort of centering effect to make the interaction effect independent of means of the variables being interacted. Instead, think of the contrasts you want to make, and compute those contrasts along with uncertainty intervals. And don't use "significant" or "insignificant". These terms have become almost meaningless and reflect dichotomania.

One important thing to remember about regression is that adding a variable will ALWAYS explain more of the variance. So adding even an insignificant variable is going to explain SOME amount of variance, and influence other variables. In the case of adding a binary/continuous interaction term, you're allowing for a different slopes of risk attitude for both genders. Another way of thinking about this is that you are in some ways running TWO separate regression models; one for male and one for female. Without the interaction there are still two separate lines, but the slopes are constrained to be the same.

This example using the base R iris data shows how this may cause radical changes in model fit: 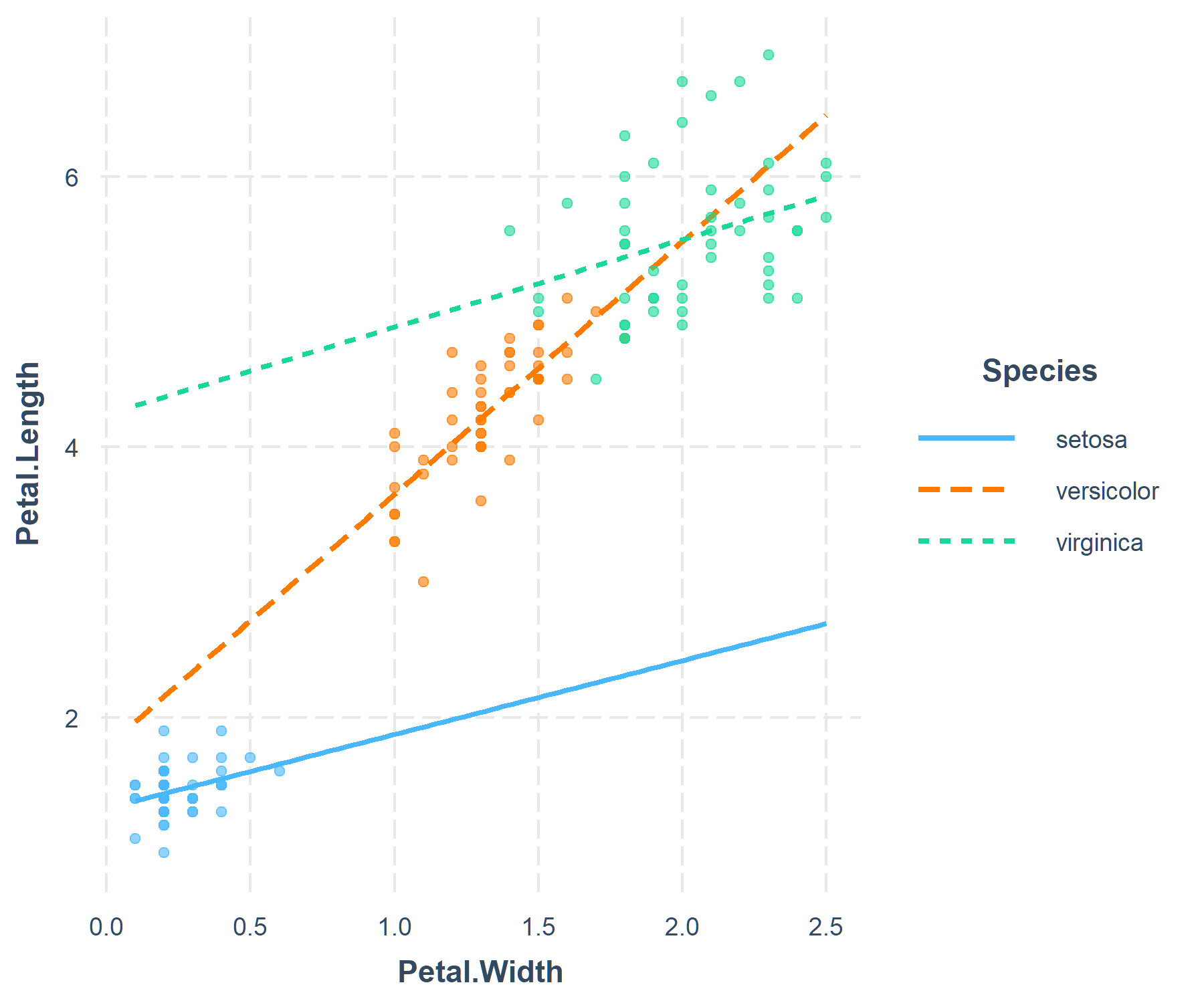 Not the answer you're looking for? Browse other questions tagged regression interaction or ask your own question.