Intuition of Random Walk having a constant mean

I am very new to time series analysis.

A random walk is defined as $Y_t=\phi Y_{t-1}+\varepsilon_t$, where $\phi=1$ and $\varepsilon_t$ is white noise. It is said that process is non-stationary for its variance is not constant. However, the mean is constant.

I am having a hard time understanding the "mean is constant" because when I plot a random walk process in R, I can see the variance is clearly changing, but to me the mean is also changing because there is a trend.

What does it exactly mean when they say random walk has a constant mean?
There are mathematical function that proves it but I want to understand more intuitively. 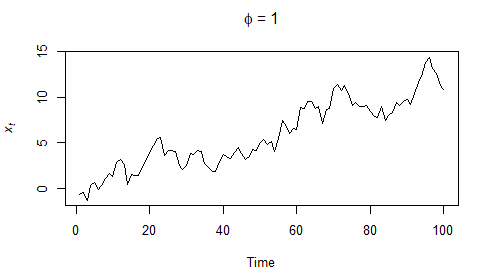 To see what is happening you need more than one realisation of the random walk, because the mean and variance are summaries of the distribution of the walk, not of any single realisation.

This code repeats your code to plot 20 random walks 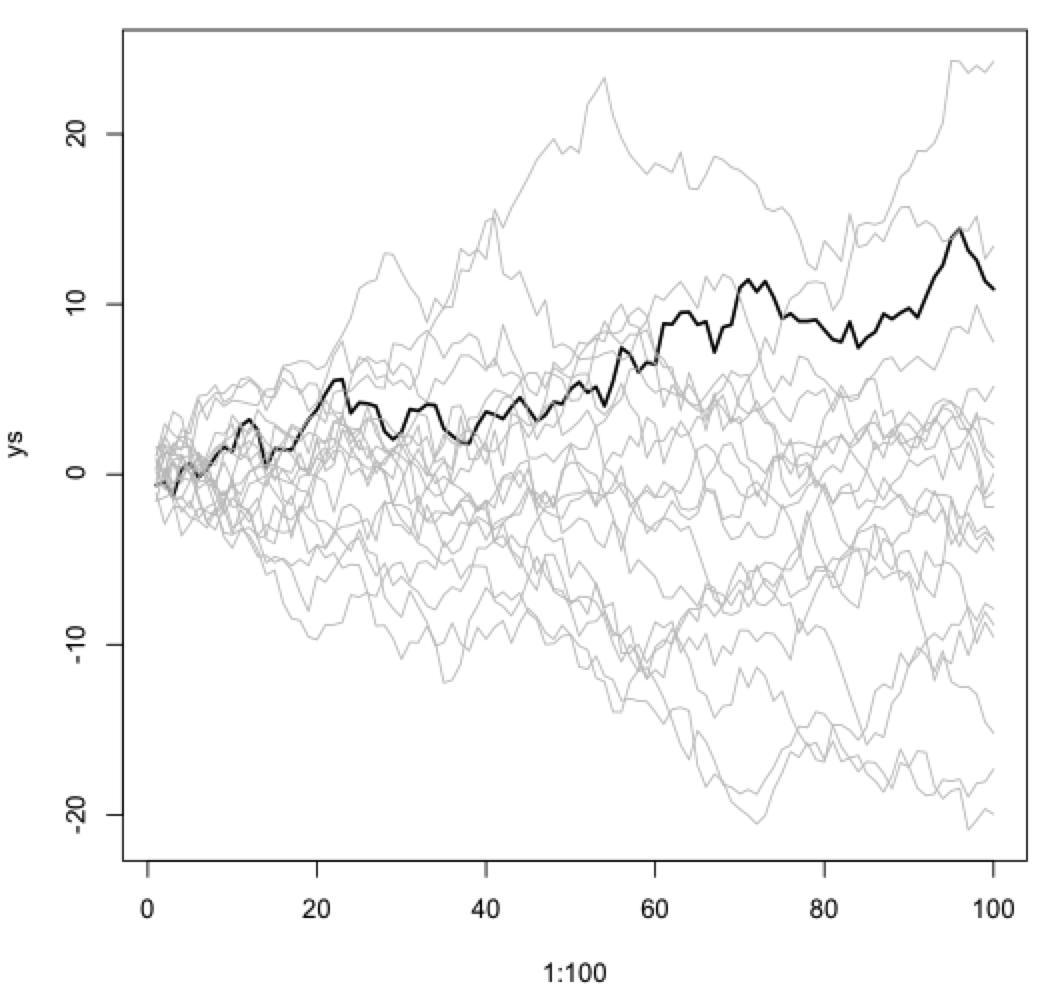 Any single realisation of the random walk will randomly walk off up or down the graph. The entire cloud of possible random walks stays centered at zero and spreads out as time passes; some go up, some go down, some stay near the middle. The mean of the cloud stays at zero; the variance increases linearly with time.

Not the answer you're looking for? Browse other questions tagged r time-series expected-value stationarity random-walk or ask your own question.

7
The explosive AR(1) process with $\varphi>1$, where was this first represented as a stationary, but non-causal, time-series?

4
Why is a deterministic trend process not stationary?
1
Is non-stationary AR(p) process constant in mean?
4
Difference between random walk and process integrated of order one?
10
Nonstationary solutions for stationary ARMA equations
1
Is $y_t=\beta_0+\beta_1t+z_t$ stationary?
2
Autoregressive process with random walk perturbation (with drift)
0
Math behind Differencing: Is White Noise Stationary?
2
Is ever a covariance stationary process, in the real world, not mean ergodic?