R - QQPlot: how to see whether data are normally distributed

I have plotted this after I did a Shapiro-Wilk normality test. The test showed that it is likely that the population is normally distributed. However, how to see this "behaviour" on this plot? 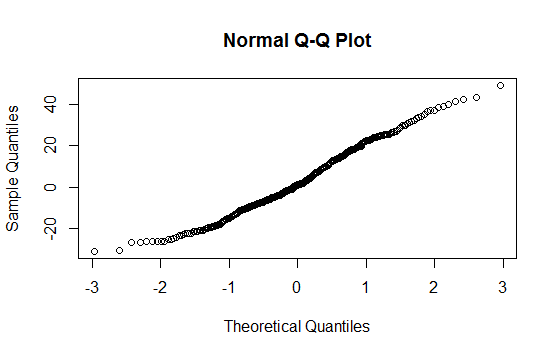 A simple histogram of the data: 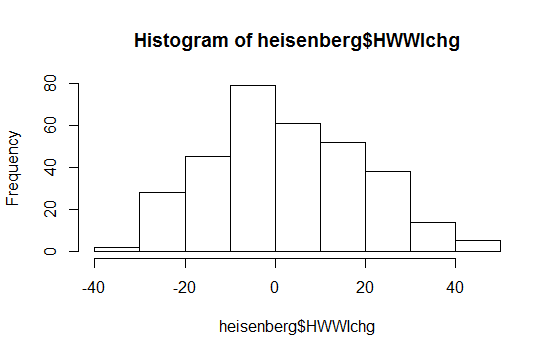 "The test showed that it is likely that the population is normally distributed."

No; it didn't show that.

Hypothesis tests don't tell you how likely the null is. In fact you can bet this null is false.

The Q-Q plot doesn't give a strong indication of non-normality (the plot is fairly straight); there's perhaps a slightly shorter left tail than you'd expect but that really won't matter much.

The histogram as-is probably doesn't say a lot either; it does also hint at a slightly shorter left tail. But see here

The population distribution your data are from isn't going to be exactly normal. However, the Q-Q plot shows that normality is probably a reasonably good approximation.

If the sample size was not too small, a lack of rejection of the Shapiro-Wilk would probably be saying much the same.

Update: your edit to include the actual Shapiro-Wilk p-value is important because in fact that would indicate you would reject the null at typical significant levels. That test indicates your data are not normally distributed and the mild skewness indicated by the plots is probably what is being picked up by the test. For typical procedures that might assume normality of the variable itself (the one-sample t-test is one that comes to mind), at what appears to be a fairly large sample size, this mild non-normality will be of almost no consequence at all -- one of the problems with goodness of fit tests is they're more likely to reject just when it doesn't matter (when the sample size is large enough to detect some modest non-normality); similarly they're more likely to fail to reject when it matters most (when the sample size is small).

If the data is normally distributed, the points in the QQ-normal plot lie on a straight diagonal line. You can add this line to you QQ plot with the command qqline(x), where x is the vector of values.

Examples of normal and non-normal distribution:

The QQ-normal plot with the line: 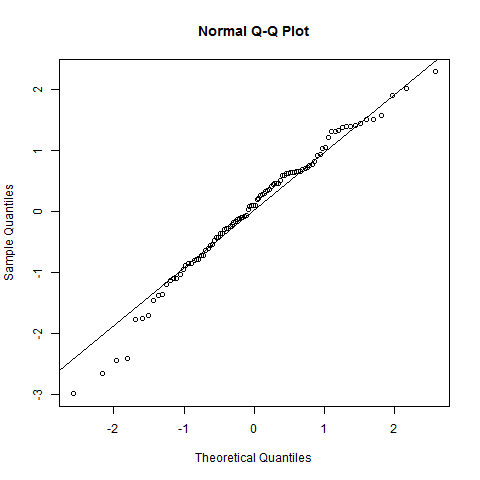 The deviations from the straight line are minimal. This indicates normal distribution. 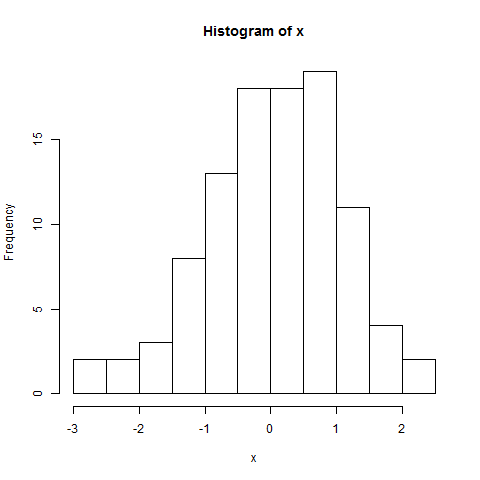 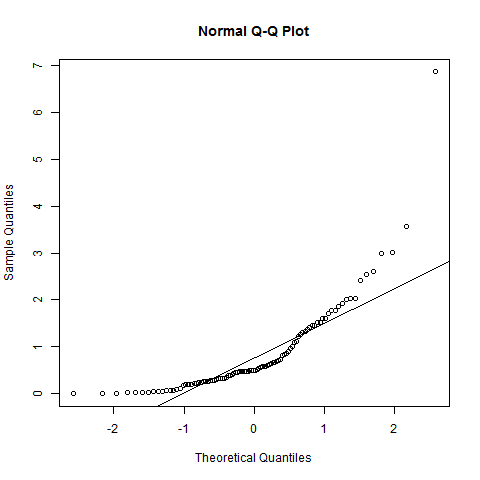 The points clearly follow another shape than the straight line.

The histogram confirms the non-normality. The distribution is not bell-shaped but positively skewed (i.e., most data points are in the lower half). Histograms of normal distributions show the highest frequency in the center of the distribution. 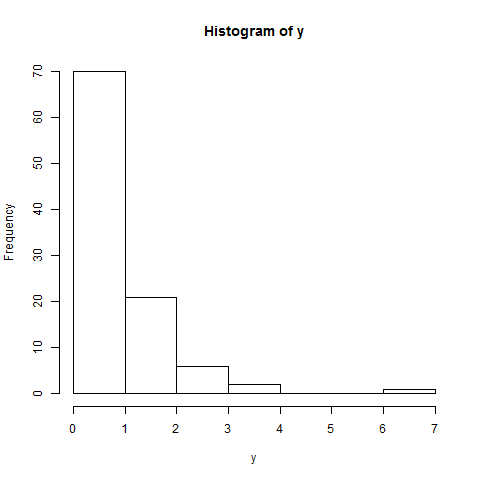 While it's a good idea to check visually whether your intuition matches the result of some test, you cannot expect this to be easy every time. If the people trying to detect the Higgs Boson would only trust their results if they could visually assess them, they would need a very sharp eye.

Especially with big datasets (and thus, typically with increasing power), statistics tend to pick up the smallest of differences, even when they are hardly discernable with the naked eye.

That being said: for normality, your QQ-plot should show a straight line: I would say it does not. There are clear bends in the tails, and even near the middle there is some commotion. Visually, I still might be willing to say (depending on the goal of checking normality) this data is "reasonably" normal, though.

Note however: for most purposes where you want to check normality, you only need normality of the means instead of normality of the observations, so the central limit theorem may be enough to rescue you. In addition: while normality is often an assumption that you need to check "officially", many tests have been shown to be pretty insensitive to having this assumption not fulfilled.

I like the version out of the 'R' library car because it provides not only the central tendency but the confidence intervals. It gives visual guidance to help confirm whether the behavior of the data is consistent with the hypothetical distribution.

Not the answer you're looking for? Browse other questions tagged r data-visualization normal-distribution histogram qq-plot or ask your own question.

1
Interpretation of qq plot and normality
117
Assessing approximate distribution of data based on a histogram
34
Interpretation of Shapiro-Wilk test
12
Q-Q plot interpretation
4
R lmer Model Diagnosis qqnorm
2
How to interpret qq plot "not on the line"?
2
Performing a t-test with discrete (currency) data
0
Do my data follow normal distribution? and what does it mean if not? Can I have to peaks?