Similiar to class imbalance there is always something I would call "learnability imbalance" in multi-class classification. What I mean by that: Even when the classes are evenly distributed in the dataset some classes will be classified more easily by the model than others. An example would be a CNN model that classifies dog, cat and car. Dog and cat will most likely have a lower true positive rate than car because cats and dogs look more similiar to each other. But I would like evenly distributed recall/precision/f1-scores/true-positive rates of all classes.

Here is the solution I tried:

I implemented this for a CIFAR-10 classifier. To calculate the weights I tried a lot of methods, for example:

I tried different exponents to create more or less extreme weights (in this example 4). Since Im using Pytorch the weighting looks like this:

My results: Even though classes were more difficult to classify than others (as I thought), giving them a higher weights made almost no difference. 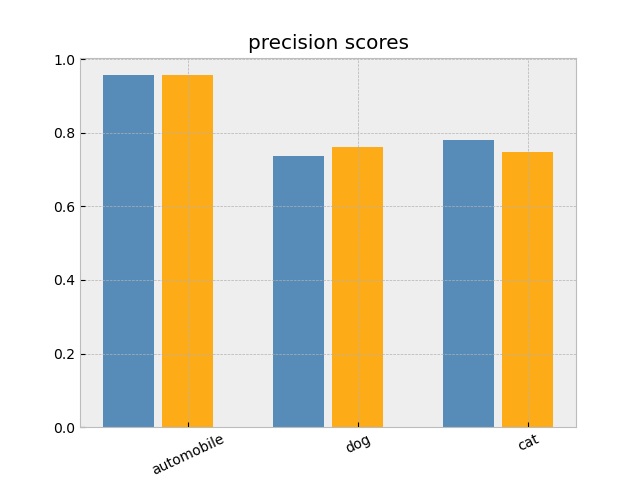 As you can see there is no improvement (desired result would have been that all bars have the same height). Is there a obvious reason why this doesnt work?

Edit the title of the figure is "precision scores" even though it shows the true positive rate, sorry for that.

conv-neural-network loss-functions multi-class weighted-data
Share
Improve this question
edited May 16 at 8:29
Theo P
asked May 15 at 14:02