What can we explain while adding region*year fixed effects, the sign flip?

In my work, I used OLS model to run the regressors on Return on Equity.And the result is as below 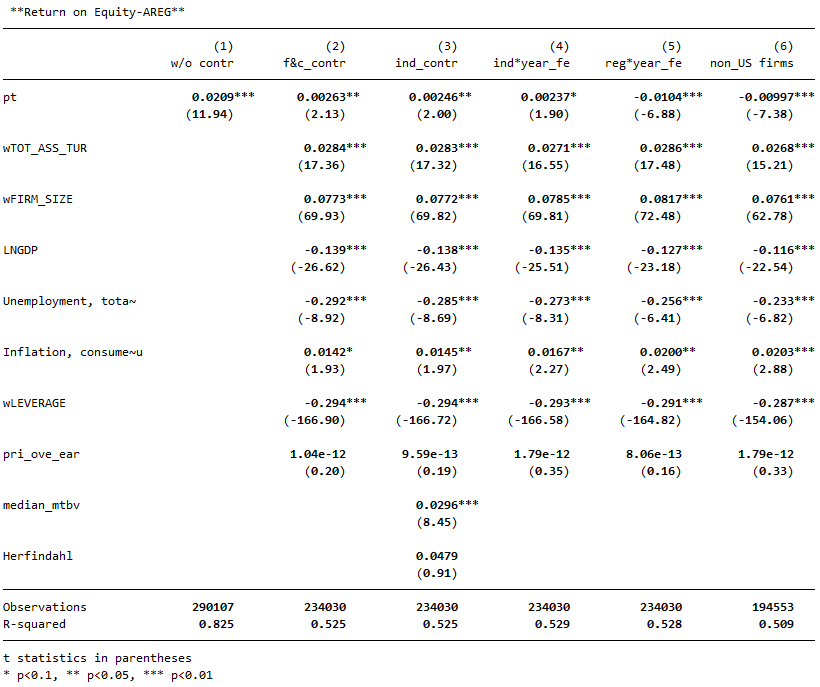 As can be seen from the Table above, the sign of variable of interest pt flip in column 5, when I run the regression using firm and year x region fixed effect? I am wondering what does it mean and how to deal with that from your experience ? From this topic, controlling for year seems to be more strict compared to yearxindustry or yearxregion, so can we ignore the result of column (5) and (4) while we already had the result in column (2)? Normally, flipping in sign can be caused due to multicolinearity or Simpson's Paradox, but in this case, it is caused by controlling for year*industry fixed effect.

And whether in my case, the result is driven by US sample based on column 6 in this Table (column 6 has the same list of variable in column 2)?

Browse other questions tagged panel-data causality difference-in-difference or ask your own question.