I use R for a poisson regression (GLM) to test for a difference in the number of years of schooling based on race (6 categories) and religion (3 categories), see structure of dataset and output below. Since the original poisson model suffers from rather significant overdispersion I conducted the same analysis but with a quasipoisson distribution. 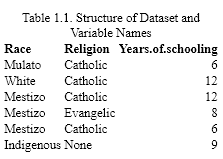 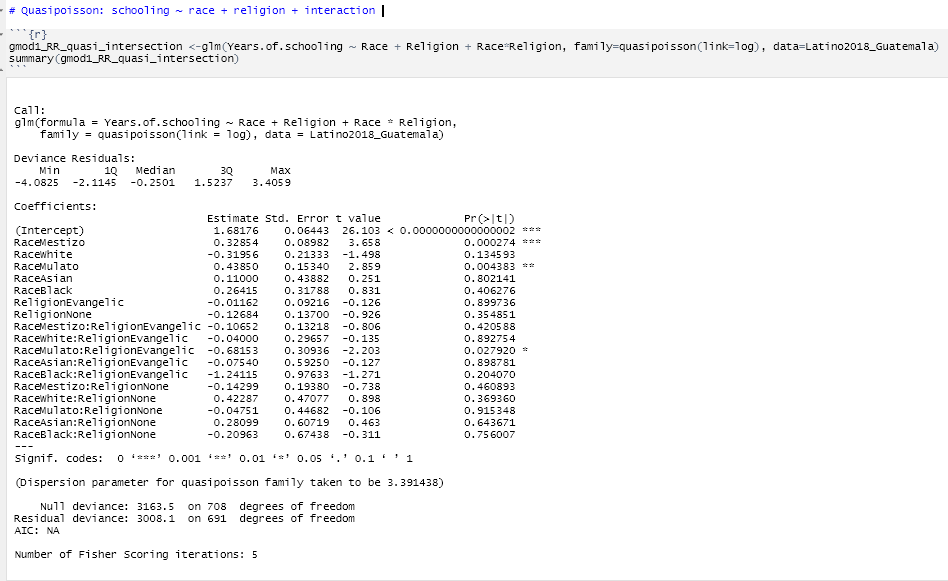 r generalized-linear-model poisson-regression
Share
Improve this question
asked May 26, 2021 at 17:00

Tests of significance are not used to determine whether or not variables are meant to be included in the model or not. If the goal is prediction or variable selection, you probably shouldn't be using quasilikelihood at all. That said, it looks like you've tested for the interaction of religion with race using the method that Crawley has advocated. The reason is that you need an estimate of the covariates and the dispersion parameter under the "reduced" model.

Not the answer you're looking for? Browse other questions tagged r generalized-linear-model poisson-regression or ask your own question.