Factor Levels in a Two-Way ANOVA

I'm trying to figure out the explanations of the Effect Plots below. I believe I have figures out Figure 9a, but the explanation for Figures b, c, and d given in the textbook I do not comprehend.

Any further detail would be greatly appreciated. 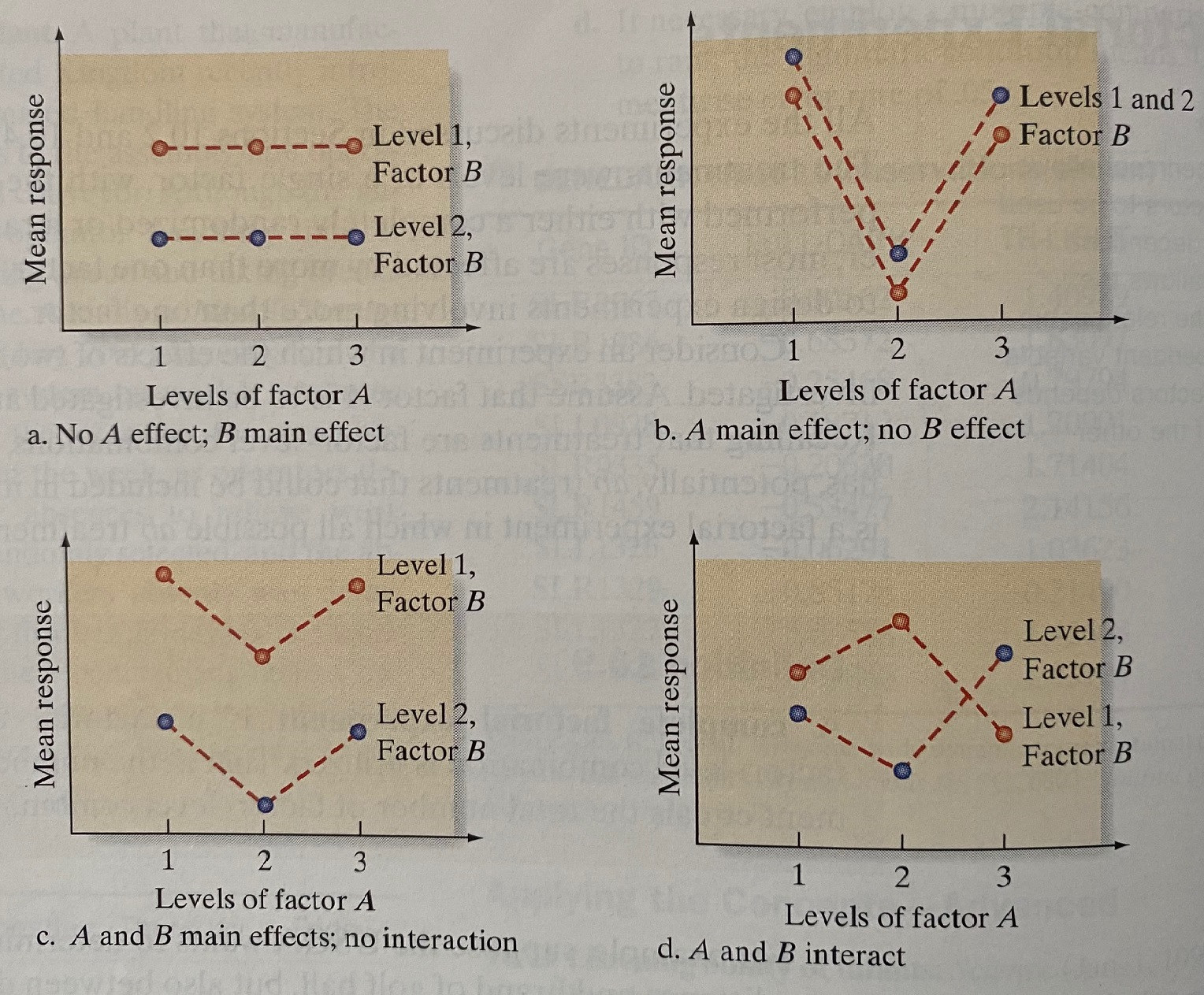 You have (a) correct! The key thing to understand here is that the effects of A and B will look totally different, because they are represented by different things in the diagrams. Moving a dot higher or lower means that that group mean is higher or lower. Factor A is split into three points along the x-axis, so a difference between the means across those will mean that the dots on a given line will be moved up or down relative to each other. I.e. if the line isn't flat: you have an effect of factor A.

Factor B on the other hand is represented by splitting the graph into two lines. So an effect of Factor B will be seen as moving the whole of one line higher or lower than the other.

It might make more sense to you if (b) had been drawn so that the two lines were directly on top of each other? That is the purest version of "no main effect of B" -- the two lines land in exactly the same place (neither shifted up or down relative to the other so that we don't really need two lines at all, because B has no effect). But in reality the lines never land exactly on top of each other (two sample means never come out the same: that's why we need the ANOVA in the first place) and also it wouldn't be easy to draw it. But the purest version of (b) would have both lines smack bang on top of each other. That is to say, factor B is having no effect and isn't able to shift the line up or down.

On the other hand in (c), one line is shifted up relative to the other. So factor B is having an effect (shifting the whole line up).

But notice that in all three graphs so far, the lines are parallel? Because whatever jump up or down we get as we move along one line, we get the same jump or down on the other. Those jumps up and down are the effects of factor A. So, the effect of factor A is the same in both levels of B (i.e. on both lines).

Not the answer you're looking for? Browse other questions tagged self-study anova interaction main-effects or ask your own question.