A bit of context

I am looking for a lag-1 autoregressive process with non-Gaussian innovation/residual error, which is capable of producing both skewed and non-skewed marginal distributions.

I am aware of non-Gaussian conditional AR(1) processes (references cited in this CV answer, especially Grunwald, Hyndman, & Tedesco, 1995). Among them, the GAR(1) model of Gaver and Lewis (1980) and Lawrance (1982) is a great choice as it can produce marginal Gamma distributions. Though, the interpretation of the model is so peculiar for my target readership.

What I am looking for

I am looking for analytical expressions for the (approximate) marginal mean and skewness of an AR(1) process with either of these distributions. (Variance is not super important to me.)

What I already know 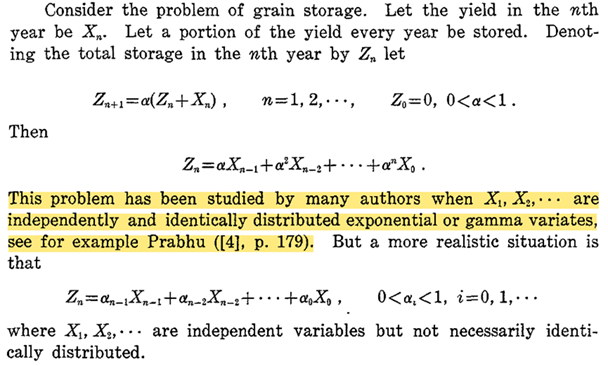 Any ideas on how to derive the mean and skewness of the marginal distribution in either case?

the transformation is xj/xm and the mean is uj which is centrally distributed and independent of the variance. the skewness is n=1,2,... Zn+m is a forecast for the moment generating function given by the transformation above. Uj=Zn+m is a new forecast with a variance of 1.

Not the answer you're looking for? Browse other questions tagged time-series autoregressive gamma-distribution moments chi-squared-distribution or ask your own question.