Would you invest into production of this drug?

For the above problem formulation, I am using 2 sample unpaired t test with equal variance and the following hypothesis:

where the population parameters $\mu_{X}$ and $\mu_{Y}$ representing average recovery duration for control and treatment group. Thus when the significance level is 0.05, the null hypothesis can be rejected in favor of alternate hypothesis after getting the t-statistic and p value according to the test.

Could you please confirm if my approach to the above problem formulation is correct? Also I have taken equal variances as sample sizes are same and are independent and the sample standard deviation is approximately same and the alternative hypothesis as upper one tailed.

I have put your data into R and looked at numerical and graphical summaries. 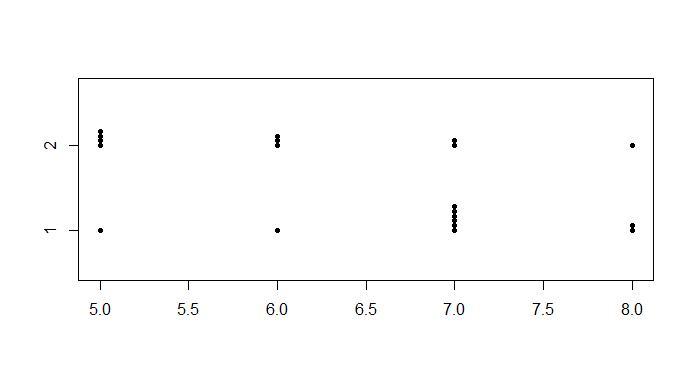 First impressions are the Treatment counts may tend to be smaller than Control counts. However, the average improvement is a bit less than one day for a malady that seems to last about a week without treatment. So, at the levels of drug administered in this small study the effect is not huge even if it is real.

Also, I am always skeptical when equal variances are assumed without a good prior rationale. Unless, you are somehow sure ahead of time that the treatment can do no harm, I would do a two-sided test.

A two sided Welch two-sample t test is significant at the 10% level, but not at the 5% level. So I would say the data suggest the Treatment may be effective. These are very small groups for a clinical trial, so I am not surprised that there is only weak evidence.

Your background information says, "If your drug is effective, you will invest in its production, otherwise you will look for another drug. Assume that you obtained the following data (disease duration in days)." So it seems this is a preliminary feasibility study to see if the drug may have promise.

Just from the information in your Question, I am skeptical both about doing a one-sided test and about pooling. So this 'significance' barely at the 5% level seems to me more like P-hacking than like good statistical practice.

Finally, I will mention that if one were planning in advance to have an 90% or 90% probability of detecting an effect of about one day with standard deviations about one day, a 'power and sample size' procedure (this one from Minitab) shows that one should use about 20 subjects in each group instead of about 10. So the lack of clear cut significance should hardly have been a surprise. (Of course, power and sample size information depends on knowing effect size and standard deviations in advance. But in my experience trials of such a small size as this one are quite rare.) 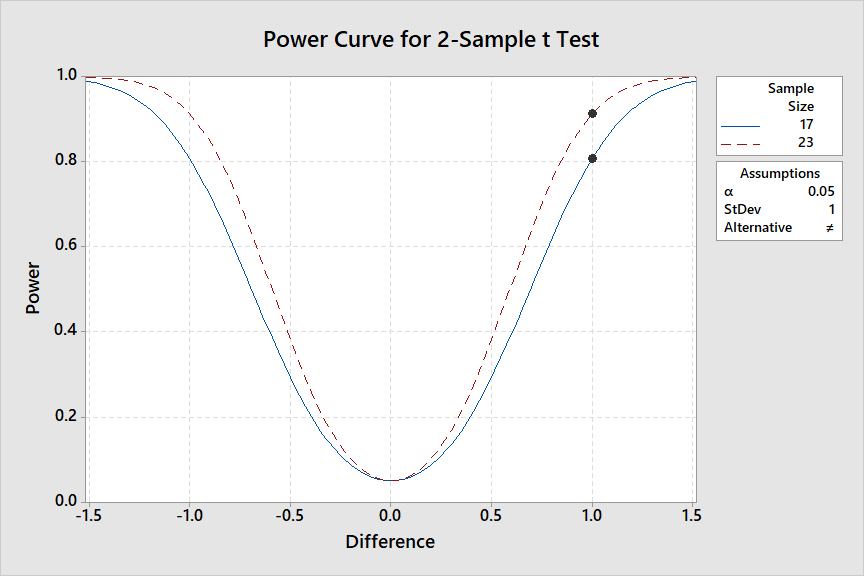 Addendum per Comments: Six tests with P-values. Best practice is to decide before you see the data which one test meets assumptions and can tell you what you want to know. [Running multiple tests and 'cherry picking' the one with the smallest P-value is not appropriate.]

Not the answer you're looking for? Browse other questions tagged hypothesis-testing t-test experiment-design type-i-and-ii-errors or ask your own question.

2
How to test hypothesis for group differences?
4
When to create a control group with paired T test
3
Unpaired or paired T-test when comparing before and after effects between two groups
4
After the sample size calculation what is the next step in clinical trials?
0
Intuitive understanding of hypothesis testing with Z-scores
0
Doubts with P-value and Hypothesis in Permutation Test problem