I saw different ways to perform the regression:

My programming language is R so I do appreciate any further hints on the codes but clarifying the specification questions is already a big favor to me.

I don't know why the table is shown in the preview but not the published page, you can find it 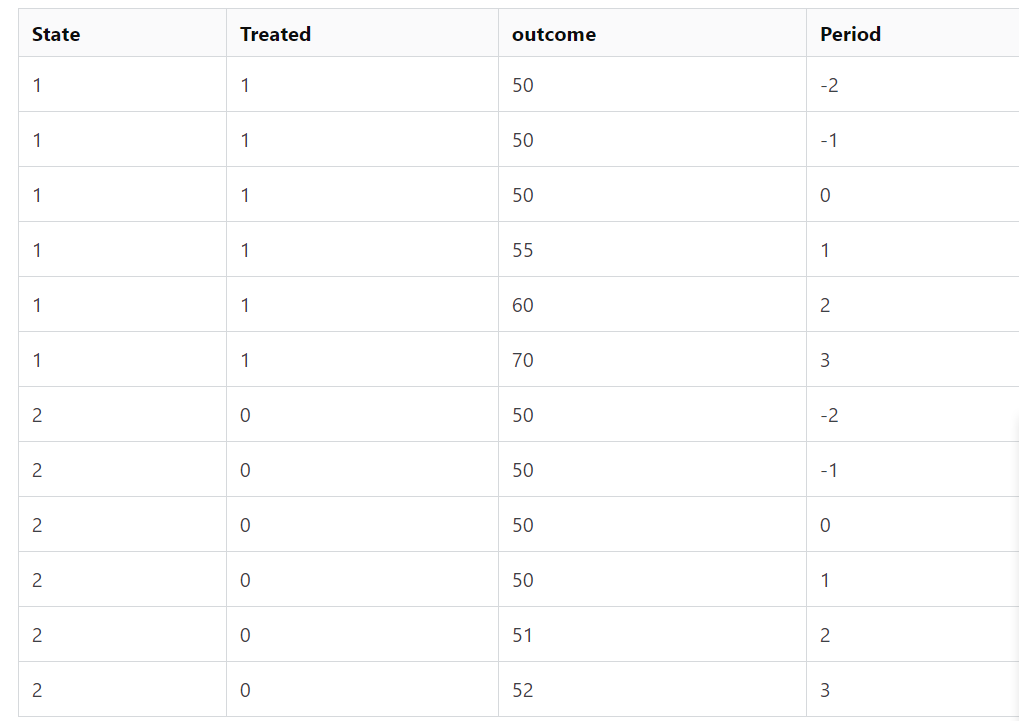 What is the difference between the above models?

In my opinion, all three models achieve the same objective. They're investigating time-varying treatment effects. In other words, they assess how effect evolve from time since exposure. And, if your subset of treated entities become exposed to a policy/law at the same time, then you should find all three approaches yield similar results.

The first model is an adaptation—not an exact reproduction—of an equation used in an article by Cornwell and CunningHam (2013). In equation (1) on page 14 they use the 'classical' difference-in-differences formulation to investigate the effect of early-repeal states (prior to Roe v. Wage) on sextually transmitted infections. The treatment/control dummy is the subset of states legalizing abortion pre-Roe. Table 2 reports coefficients on the interaction of a treatment/control dummy with a series of year indicators from 1985–2000. I believe they used 1985 as a reference. The effect for the year 2000 is dropped as well, but this is due to the inclusion of state-specific time trends. The summation notation isn't used but the difference-in-differences coefficient is $t$-subscripted (i.e., $\beta_{3t}$), suggesting the policy effects vary with time. The model you're porposing is very similar in structure. The summation suggests you're investigating the $j$-th additive treatment effect for all $j$ not equal to $k$. I assume $j$ denotes the individual time periods. Just ensure you tell your audience what $k$ represents in your setting. If it denotes one of the omitted periods, say so.

The second equation was reproduced from a discussion paper by Clarke and Schythe (2020) on event study designs more generally. In the basic formulation, $\operatorname{Lead} j$ and $\operatorname{Lag} j$ represent binary variables indicating that the given unit $s$ is a given number of periods away from the event of interest in the respective time period $t$. This equation is often used to investigate exposures that vary across $s$. In other words, some of the treated $s$ may enter into treatment early, while others become exposed much later. In any staggered adoption framework, there is no "time 0" around which to standardized the subset of controls. In fact, the set of units never exposed to the policy should equal 0 in all periods. In your setting, however, the policy affects treated $s$ at a precisely defined time period $t$, in which case we can infer the untreated would have adopted the policy at the same time as the treated. This is a very important to distinction. It's also worth noting that the lag indicators index the pre-treatment periods and lead indicators index the post-treatment periods. It doesn't really matter how you define them, just be clear about what epoch the leads/lags represent!

The third equation was reproduced from a working paper by Miller and colleagues (2019) which investigate the relationship between Medicaid enrollment and mortality. In their equation, the authors explicitly specify the number of leads and lags. Indicator variables $I\left(t-t_{s}^{*}=y\right)$ appear to measure the time relative to the implementation year, $t_{s}^{*}$, of the expansion in each state, and were consistently 0 in all periods for non-expansion states. The omitted period is $y = −1$, the year before the expansion. If mortality rates for expansion and non-expansion states were trending similarly prior to the expansion, then the estimated coefficients associated with event times $y = −6$ to $y = −2$ should be indistinguishable from 0. This is, yet again, a setting where the timing of expansions weren't uniform across $s$.

How should I interpret the results?

Technically, you interpret the model in the same way as any other difference-in-differences model. The only difference is now your effects should be interpreted as in reference to the omitted period.

Which one should I choose?

It's hard to say.

It's my understanding that your treatment of interest is standardized, affecting treated units at a single point in time. If so, then I'm partial to the 'classical' difference-in-differences specification (i.e., Eq. 1). Simply multiply your treatment/control dummy with time indicators for all periods before and after treatment. In fact, equations 1, 2, and 3 should yield similar point estimates, so long as the timing of the policy is the same for all treated $s$ in your sample. However, in settings with multiple groups starting (ending) treatment at different times, then you should opt to go with equation 2 or 3—not 1.

And how should I see how the treatment intensity (from 1 to 3) will affect the outcome?

Arrange the estimates in tabular form, or better yet, plot them. A nice visual can do a lot of talking for you.

Don't make your life too difficult.

Assuming the data frame is as it looks in your post, simply interact treated with period and R will return a separate treatment effect in each period $t$. You don't even need to create the variable period. A year variable should do the trick.

Not the answer you're looking for? Browse other questions tagged r econometrics difference-in-difference or ask your own question.