I am testing different a couple of different binary classification models using xgboost to predict the likelihood to convert. The difference between the 2 probability distributions shown below is based on different fields being used to train the models.

The first image shows a distribution that makes sense to me given my understanding of the industry. There's a large number of predictions that are unlikely to convert, a handful that is very likely to convert, and the rest fall somewhere in between. Note that the first image has had the probabilities rounded and converted to a scale falling between 0 to 100 instead of 0 to 1.

The second image shows the distribution from a different model where the list of available features was restricted, and not only is the range between the lowest and the highest distribution very narrow (lowest ~0.48, highest ~0.51), but the distribution is very heavy on just a handful of specific probabilities. 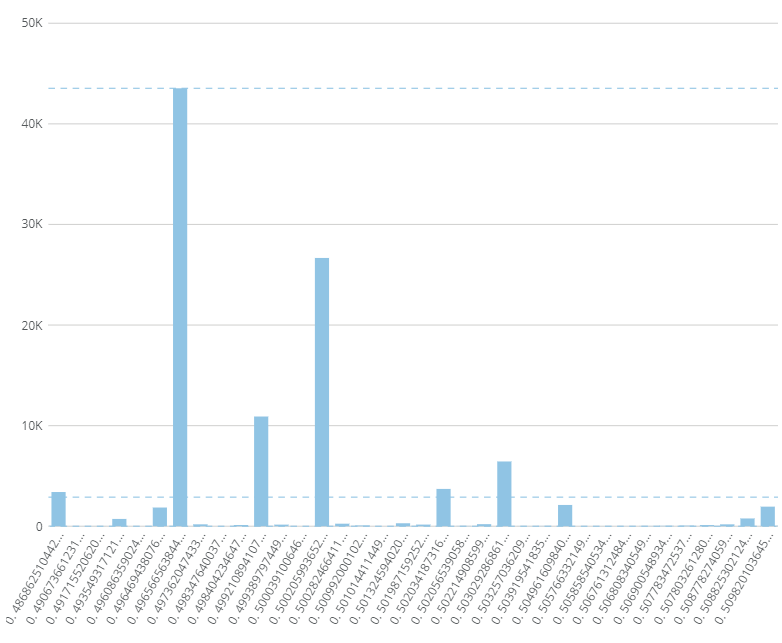 Apologies if these are dumb questions - I don't have a stats background just a very rudimentary understanding of the basics. Any pointers to additional reading are appreciated.

Let me try to answer your question. First of all, I wanted to highlight that what you are observing here in terms of distribution of the probability of the model is a common effect especially for boosted models, SVM or even naive bayes. You tend to see a sigmoid distortion of the probabilities more prominent towards the extremes rather than an even distribution. If you look at the logic behind these models, you will see it makes sense in the way that they do the classification.

Not the answer you're looking for? Browse other questions tagged machine-learning distributions classification boosting or ask your own question.

1
Predicted Probability with XGBClassifier ranging only from 0.48 to 0.51 for either class