Hello everyone, I am estimating differential entropy from a continuous distribution of a property of materials. The distributions on the picture are Gaussian Mixtures. The underlying Gaussians have some standard deviation which reaches also into the negative part of the x-axis, if the mean is close to zero. This produces confusion:

I want to express the amount of information this distribution contains via entropy. I know, that all of the properties are strictly positive, so the intuitive way is to truncate the distribution, in such a way that the part of the support that is negative is truncated from the distribution. But:

Entropy is invariant to translation

Due to the fact that differential entropy is invariant to translation, and the amount of information is basically saying "how wide is the distribution", then I could just translate the distribution to the right and compute the entropy then (which would be the same as before the translation anyway, but at least theoretically valid) but this would no more mirror the prior knowledge of 'I know that properties are strictly positive.'

What is the correct approach? Computing the differential entropy from the whole distribution also containing the negative part of the support or simply limit the computation of entropy to the positive part (i.e. truncation)?

As mentioned in the accepted answer, the approach of truncating the distribution is not solid, here is why:

The truncation is incorrect approach and brings obscurity and haziness into the measurement. 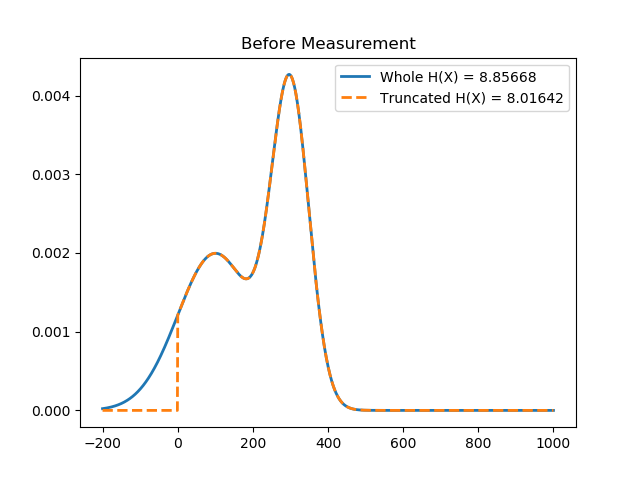 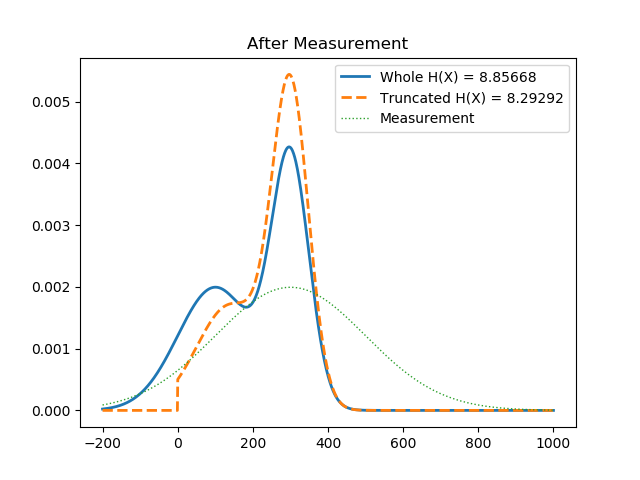 Not the answer you're looking for? Browse other questions tagged continuous-data entropy or ask your own question.

30
Statistical interpretation of Maximum Entropy Distribution
1
LLR with Positive and Negative Values vs. Dunning method with Entropy-based Calculation
23
How does entropy depend on location and scale?
1
Transfer entropy and the sign of relationship
2
How come differential entropy can be negative but mutual information can't?
3
Highest Entropy Distribution, on $[0,\infty)$ given Mean, Variance, and goes to $p(0) = 0$?