I am struggling a bit with the real meaning of the test statistic and their sampling distribution, but I cannot find my answer. So, I am looking for clarifications. Sorry in advance if it seems very basic.

I feel it could bring some value to illustrate @Lewian's answer and @Henry's comment for people like me who are more "visual". I will take the example of the same t-test used in the question $\frac{\bar X-\mu_0}{S/\sqrt{n}}$, but focusing more on big picture.

Let's assume that we have a random sample (people's height in cm for example) of size $n = 20$ from a given country population. We want to determine whether the population mean is different from $\mu_0 = 168$ (for the sake of the exercise). We will simulate our sample in R as follows:

Our sample is only one possible sample out of the many we could have drawn from our population. It has a mean $\overline{x}$ (actual value) and a standard deviation $s$ (notation for both in lower case that represent observed data). If we imagine that we could get a significant number of random samples (of the same size) from our population of interest, we would be able to calculate the mean for each of them. This distribution of sample means is called the sampling distribution of the means. In our t-test, $\overline{X}$ denotes the random variable that represents this distribution. 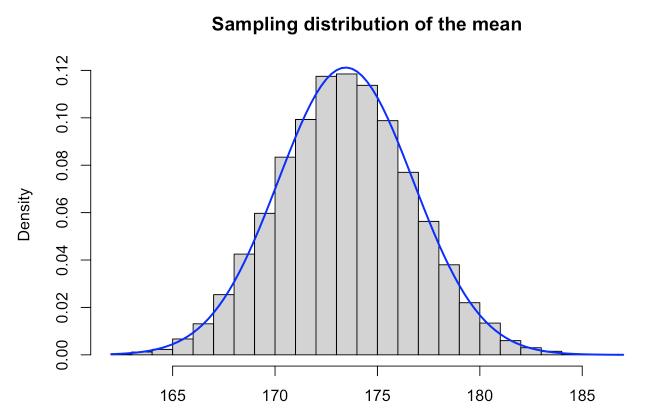 Since $\mu_0$ is fixed (in our t-test we assume that the null hypothesis is true), then $\overline{X}-\mu_0$ is also a random variable. Same distribution as above (normal), but centered on the effect (the difference between the population value and the null hypothesis - illustration example below). 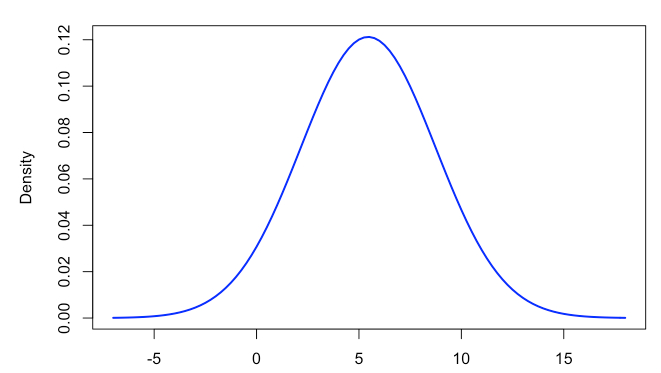 The denominator is actually the standard error of the mean which measures the variability of sample means in the sampling distribution of means. $S$ is the estimate of the standard deviation of the population. It is also a random variable and $S^2$ follows a chi-square distribution.

The meanings that you propose in your question are not wrong but problematic, because you make imprecise and somewhat confused use of terminology. You may get more insight carefully distinguishing the different meanings of the word "mean", see below.

The null hypothesis model is $X_1,\ldots,X_n$ i.i.d. with $X_i\sim N(\mu_0,\sigma^2)$. A very important distinction in statistics is between a true, but unobserved parameter value of the underlying distribution we are interested in, and an observable test statistic that we use to estimate it or do inference about it. In English, it seems that mostly, somewhat confusingly, the term "mean" is used for both the true underlying unobserved expected value $\mu_0$ and for the observed data mean $\bar x$, which is a fixed value and modelled as realisation of the random variable $\bar X$. Note that there are three kinds of means now, $\mu_0, \bar x, \bar X$, the latter two distinguished by whether we have already made the observations and computed the mean (that's $\bar x$, a fixed number but only fixed after having observed the data), or we're talking about the general method to compute the mean from our observations whatever they are (that's $\bar X$, a random variable).

The sample distribution of the t-statistic is derived from the null hypothesis distribution as you state, however the "fixed mean" of it is the underlying true $\mu_0$, not the $\bar x$.

I know I am somewhat redundant here, but I hope it helps to review the key difference between true parameters, random variables, and values computed from samples at each step.

Not the answer you're looking for? Browse other questions tagged hypothesis-testing distributions self-study t-test or ask your own question.