I'm trying to understand Bayesian optimization and I struggle a lot with all the involved methods. Hence, I have some short questions:

Is this correct? Did I miss something?

Here is just a random plot so it's easier to respond and/or to grasp answers adequately: 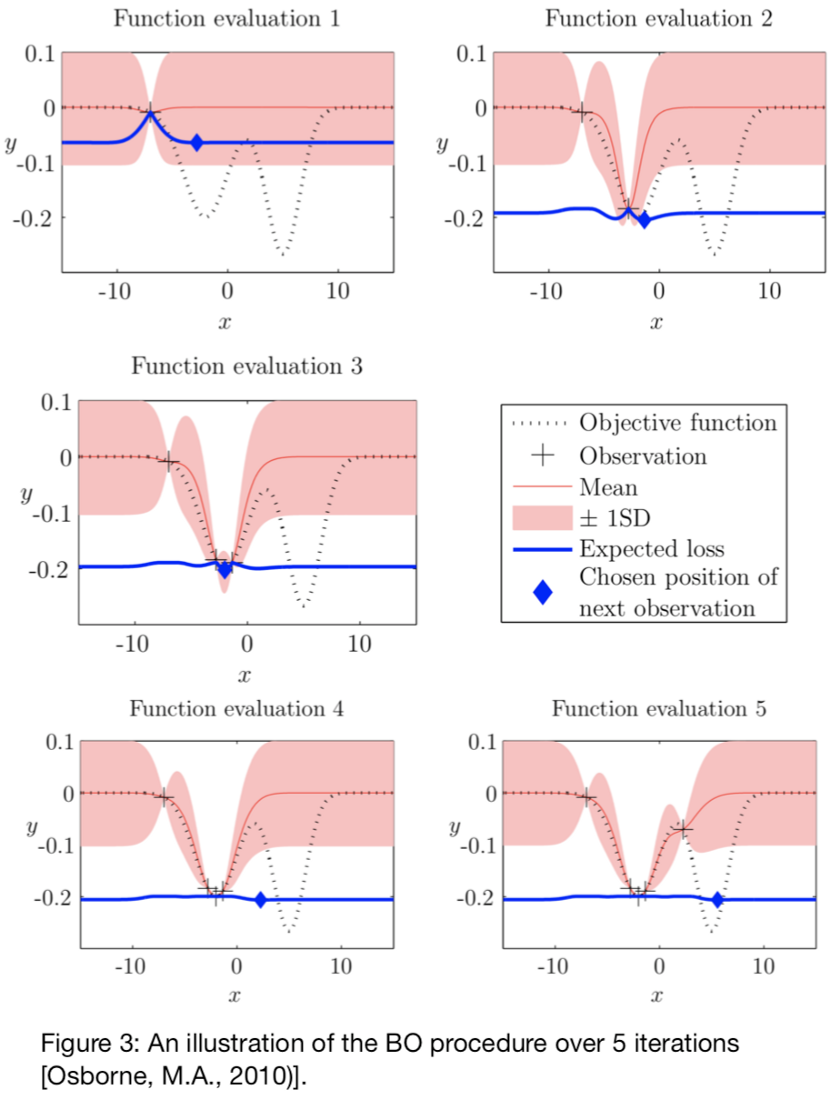 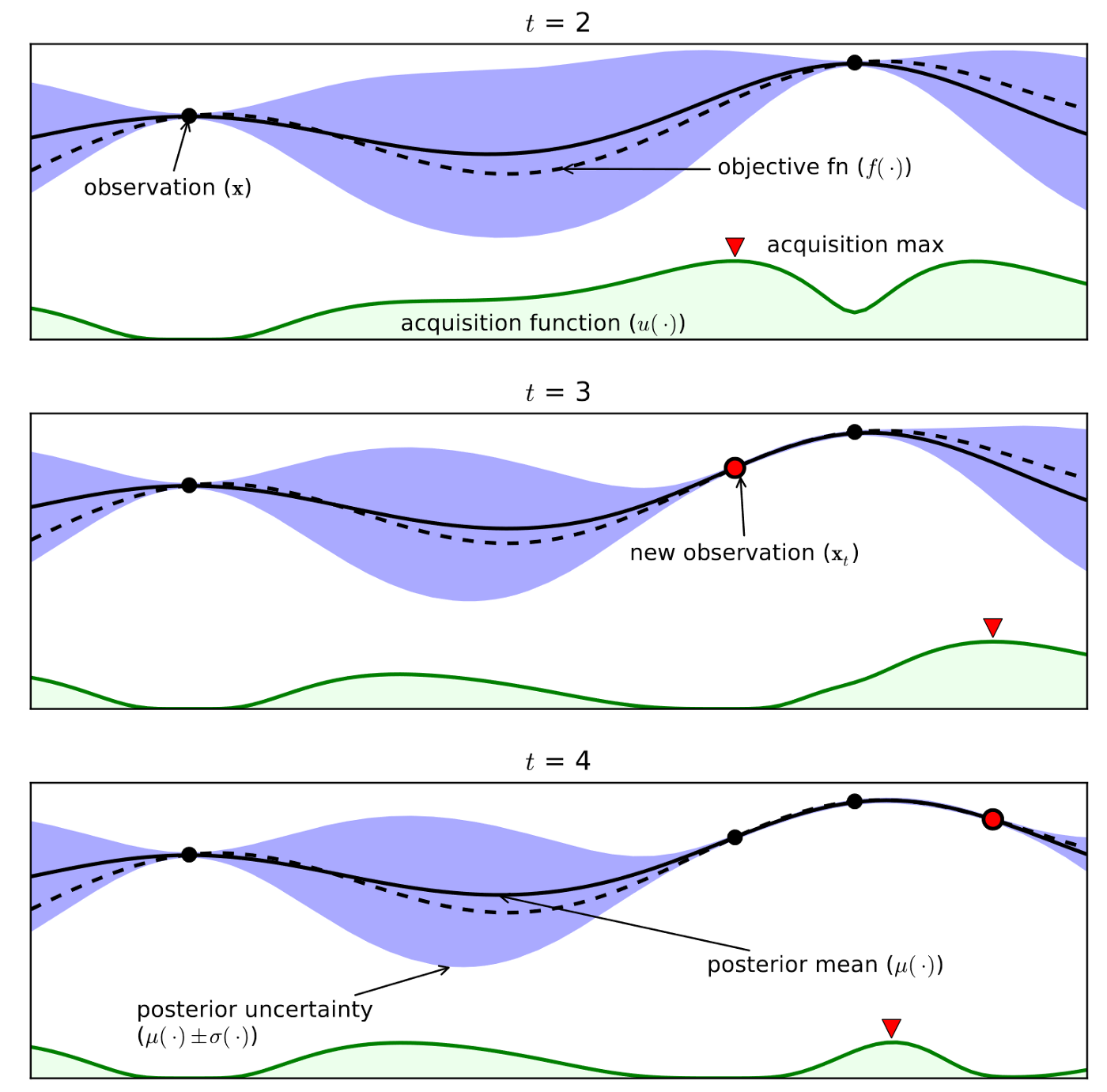 In addition to Tim's answer, here are some slight nitpicks/clarifications which might assist your intuitive understanding/prevent possible confusion in the future:

We start with a a-prior function, which is a gaussian process.

The Gaussian Process (GP) here is used as a prior over functions we consider as candidates for modelling the objective function, i.e., we use the GP as a surrogate for the function we want to optimise. This is usually because that function is "expensive" (in a certain sense) to query, but also because the GP provides a nice quantification of predictive uncertainty, which is used (by the acquisition function) to inform a search strategy. In other words, the uncertainty predicted by the GP/surrogate is used to inform the search strategy.

A gaussian process is something like a normal distribution but with functions, instead of with variables.

Yes, kind of. Another way of thinking about it is that it's a multivariate normal distribution defined "lazily" over a continuous space: you can pick any two points in the space and the Gaussian Process will "tell you how similar the values at those points are" by way of a mean vector and covariance matrix. The GP is lazy in the sense that it provides a way of calculating the mean vector and covariance matrix for any given combination of points when you want them. By choosing which values have similar values (and by how much), a practitioner can impose "structure" on the space they're modelling.

A gaussian process is mainly described by the expectation function 𝑚(𝑥) together with a covariance function 𝑘(𝑥,𝑥′).

A GP is completely defined ("parameterised") by the mean function and covariance function (the "kernel").

The gaussian process is used to optimize an acquisition function.

The maximum of the acquisition function determines where to check the next sample.

Yes. Following from the above, we pick "the most useful point" as determined by the acquisition function.

We use the next sample together with the a-priori/gaussian process (which both together form the so-called a-posterior function) to get a "new" a-priori function.

What happens here is you query your original "expensive" objective function (the function you're optimising using Bayesian optimisation), add that point to the "data" you have, and repeat the process.

You are correct. The Gaussian process is a distribution over functions. As with other Bayesian methods, you start with a prior and combine it with data (observed outcome) through likelihood to get a posterior. The posterior can be used to make predictions and can be used as a prior for further analysis (Bayesian updating). The posterior distribution in Bayesian optimization is used for making guesses about the next move either by using it to find an optimal move given some definition of optimality or by sampling from it. In Bayesian optimization you optimize the function approximated by Gaussian process (or another model) rather than optimizing the function directly as in many other forms of optimization.

If you want to learn more, I recommend the book by Carl Rasmussen and Christopher Williams, the recorded talks by Carl Rasmussen, Neil Lawrence, and Michael Osborne, the blog posts by Katherine Bailey and Martin Krasser, including an additional one on Bayesian optimization, and the visual guide by Johen Görtler et al. When I first learned about Gaussian processes I found the notation and language a little bit confusing and implementing the stuff and playing around with the code helped a lot. After you feel that you understand it, I recommend re-reading the book by Rasmussen and Williams once more.

Not the answer you're looking for? Browse other questions tagged bayesian gaussian-process bayesian-optimization or ask your own question.