I have a total sample of 628 patients, and the crosstabs shows just right. The bivariate regression analyses also seems normal. However, when I try to converge all the eligible variables, the output seems to unrealistic 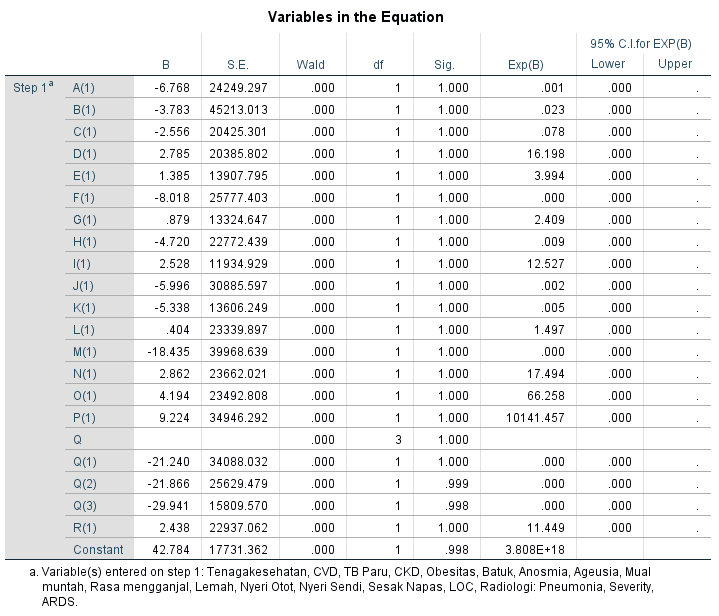 Here are some additional information on the model: 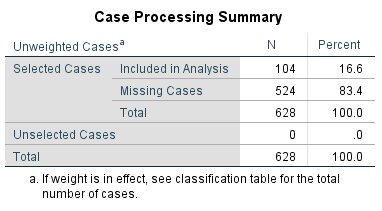 While it seems that most of the cases were excluded in the analysis, I think this is not the case... The other analyses I performed also showed that a considerable number of observations were observed, but the models still converged well and aligns with the cross-tabulations. 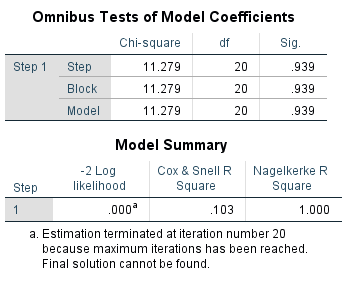 ^These are the summary of the model.

I also tried changing the method from ENTER to FORWARD: LR, but the model failed to converge. 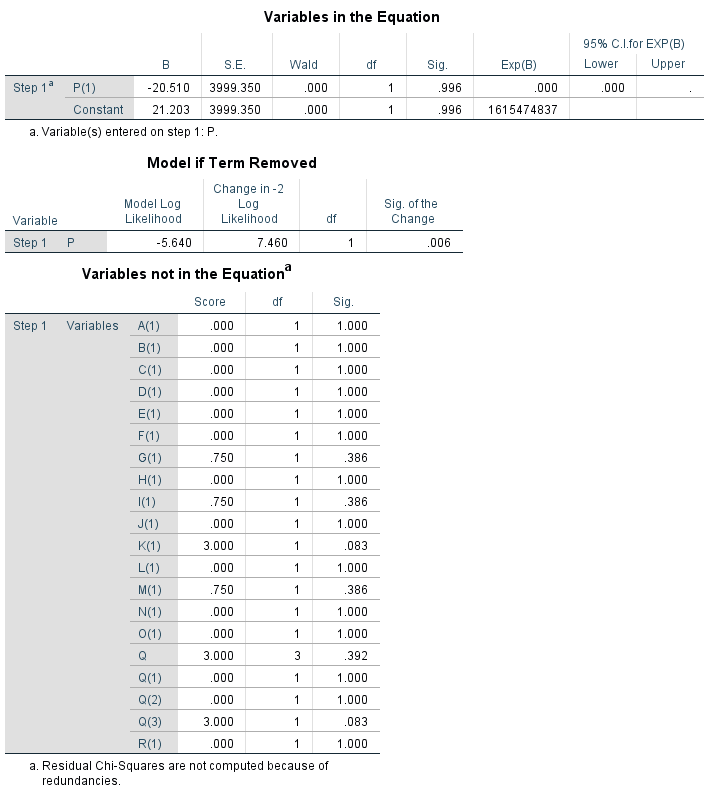 Does anyone know what problems may cause the above phenomenon? I have previously tried performing multivariate regression analyses with less sample sizes and more variables, but they all went well. This is the first time I've encountered such a problem.

Thank you very much in advance.

I don't mean to dog pile, but you really should not be doing stepwise regression. I won't include reasons why, kjetil has already listed some and you can search for key terms on this site if needed (or just google "Stepwise Regression" and "Frank Harrell" who has already commented here for the definitive list of reasons why not to use stepwise). Additionally, high standard errors likely mean there is some sort of separation in your data (which is unsurprising given how many variables there are and how few observations).

As to your point about about missing data,if SAS (or whatever it is you're using ) says only 104 osbervations were included then it probably isn't lying and you're probably wrong on this. Let's see why this might be the case.

Consider a dataset with only 3 rows and 3 columns (ignoring the outcome). Along the diagonal are missing data (so column 1 row 1 is missing, column 2 row 2 is missing, and so on). Were you to fit a univariable model as you do then you would only drop one row because in each column only one row is missing.

But, when you go to fit the full model, you drop every row in the data, because case wise deletion means we drop the row if it has any missing data. I can't say for certain that this is happening in your data, but if you don't drop many observations when you fit univariable models but you drop near all of it when you fit the full model then I highly suspect this is the reason.

Not the answer you're looking for? Browse other questions tagged regression logistic multivariate-analysis spss multivariate-regression or ask your own question.

223
Algorithms for automatic model selection
192
How to deal with perfect separation in logistic regression?