Understanding the Importance of "Sufficiency" within Statistics

I am trying to better understand what it means to be a "sufficient statistic".

"In statistics, a statistic is sufficient with respect to a statistical model and its associated unknown parameter if "no other statistic that can be calculated from the same sample provides any additional information as to the value of the parameter" . "

Based on this definition, here is how I conceptualize it:

Is this interpretation correct? 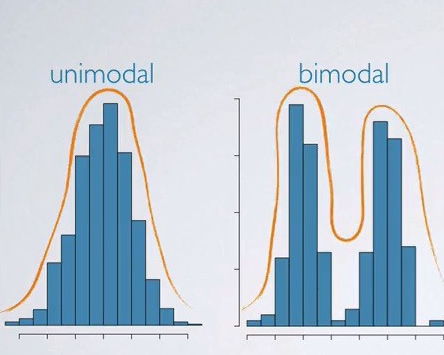 The term 'sufficient statistic' is pretty theoretical (i.e., it would not typically be taught in applied stats classes) and I am not sure you are hoping for a theoretical answer.

But, what you have above (about normal and binomial) is a bit off. Although it is a theoretical term, the general idea of it is not that complicated (actually way simpler probably than you are thinking about it).

This is the nutshell example (with small loss of preciseness to make the explanation simple). If your goal is to estimate the mean of a population for any distribution, and you have a random sample $y_1,y_2,\ldots,y_n$ from that distribution, then a (one of many) sufficient statistic for estimating the population mean the sum of the $n$ numbers and the sample size $n$. All that means is that if you know those two numbers (the sum + sample size) then you do not need to know any other information about the $n$ numbers to estimate the population mean.

As a second example, if your goal is to estimate the variance of any population (= distribution), then if you know the values of $n$, the sum of $y_1,y_2,\ldots,y_n$ and also the sum of the squared values $y_1^2,y_2^2,\ldots,y_n^2$ then you do not need to know any other information about the $n$ numbers to estimate the population variance. This is because the sample variance can be written as a function of $\sum_{i=1}^ny_i$ and $\sum_{i=1}^ny_i^2$ and $n$.

Again, if you are looking for a more theoretical answer, this is not it.

Not the answer you're looking for? Browse other questions tagged distributions mean intuition sufficient-statistics mode or ask your own question.