I tried to make a comparison among various candidate distributions fitting for my data. These data are daily returns of S&P500 US equity Index. Among others I tried with t-location-scale (https://en.wikipedia.org/wiki/Student%27s_t-distribution#Generalized_Student's_t-distribution) and t-skewed (https://en.wikipedia.org/wiki/Skewed_generalized_t_distribution). The first can be viewed as a restricted version of the second. More precisely, at least in the specifications I consider, t-skewed have one parameter more for asymmetry. If this parameter added is zero the two distributions coincide. Therefore I can use the LR test (Likelihood Ratio) for comparison.

In particolar the log-likelihood function (LLF) are: LLF(t-loc-scale)= 16.909,2 and LLF(t-skewed)= 16.914,0. The p-value of related LR test is close to 0,002 therefore the evidence in favour of t-skewed is quite strong. I do not have problem until here, if I miss something please let me know.

Moreover I tried with Stable distribution (https://en.wikipedia.org/wiki/Stable_distribution). Unfortunately Stable is not a general and/or particular case of t-skewed. So it remain a comparison between non nested models.

Now my guess start considering that LLF(t-loc-scale) is higher than LLF(Stable)=16.865. Now if we consider that these two distribution is quite similar (at least in this case, see the graph below), become notable that Stable distribution have one parameter more and reach a lower level of LLF in the same data. This sound me as evidence in favour of t-loc-scale. If this reasoning holds we can deduct that, a fortiori, t-skewed is better than Stable.

Is this reasoning correct? If it is not, I can conclude something about the comparison between Stable and t-skewed distribution with the output below? 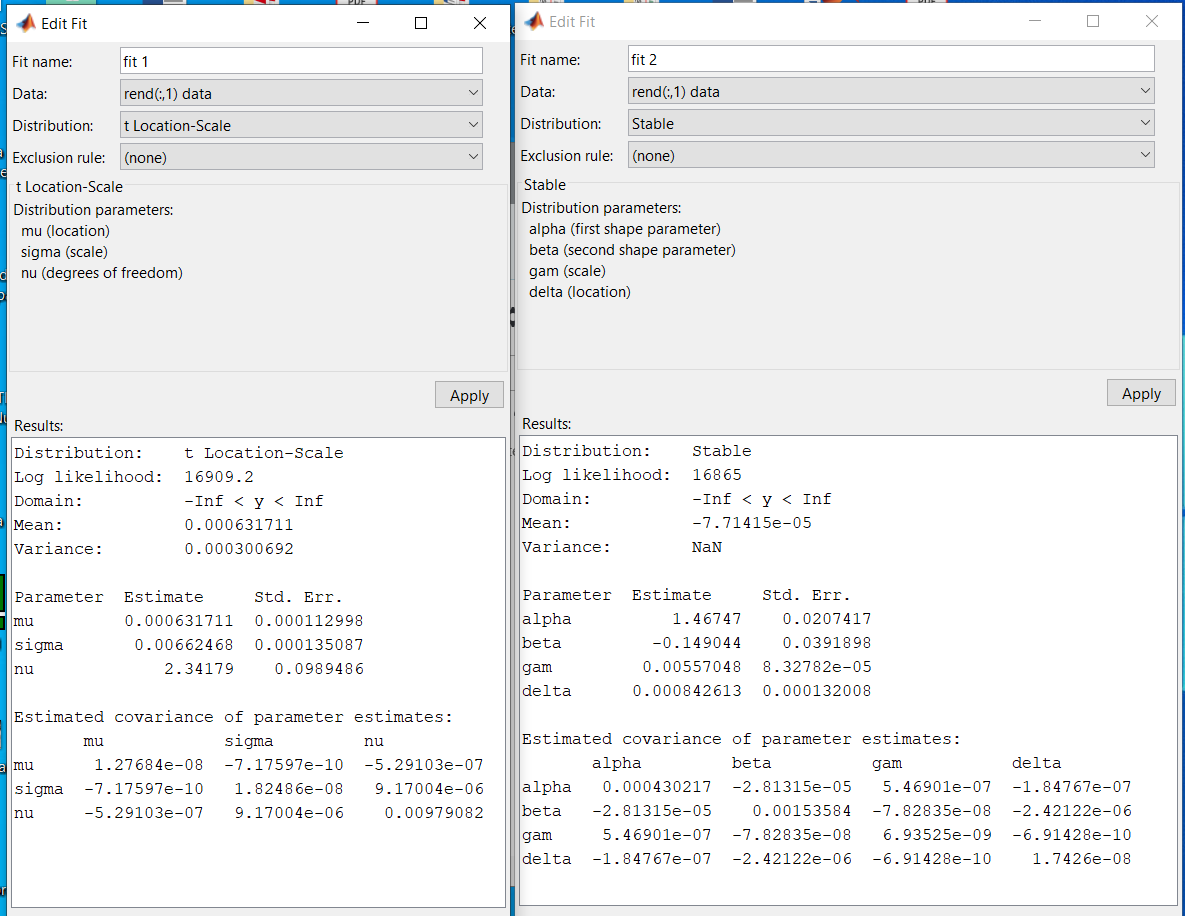 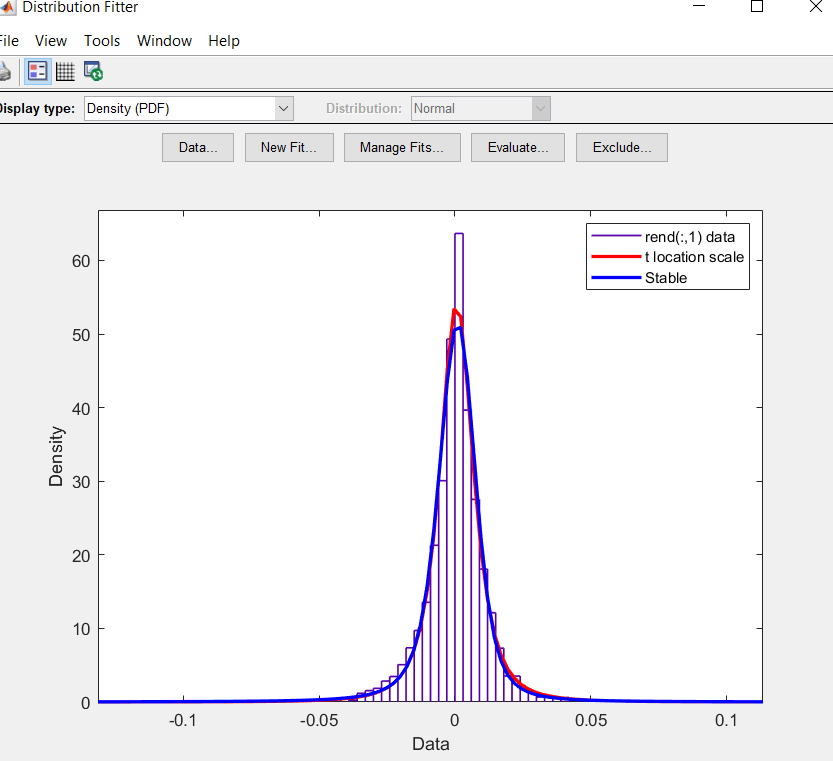 I achieved some conclusions.

Is this reasoning correct? If it is not, I can conclude something about the comparison between Stable and t-skewed distribution with the output below?

Yes it is. Indeed BIC criterion can be applied among non nested models and if the number of parameters is the same, BIC boil down in a comparison among LLF. Therefore, a fortiori, t-location-scale distribution is better than stable one.

About that I have doubts yet.

Not the answer you're looking for? Browse other questions tagged hypothesis-testing distributions likelihood-ratio or ask your own question.