Why is maximum likelihood estimator suspectible to outliers?

Some of the papers I read: Robust Graph Embedding with Noisy Link Weights mentioned MLEs are suspectible to contamination in data, but didn't make any further mention about it.

So I would like to know the reason for this with clear and detailed explains.

Measurements do not always show ideal behavior and the presumed underlying distribution that is used for the maximum likelihood estimate (MLE) is often not the distribution of the measurements. 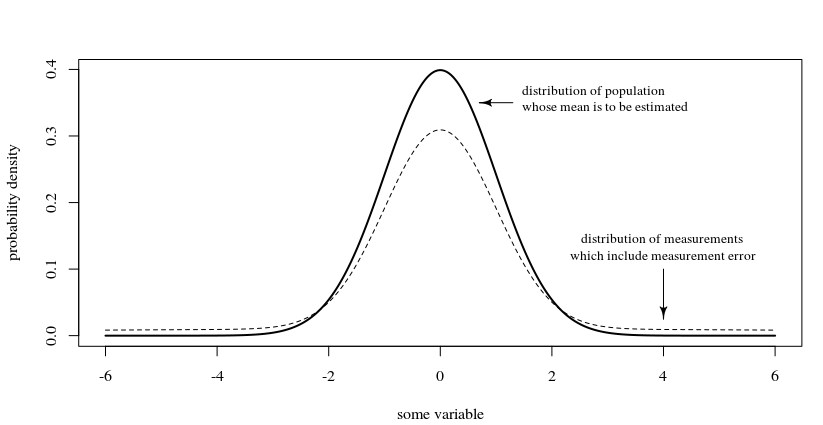 This component with large variation will increase the sampling variance (and inaccuracy/error) of the estimator a lot.

Instead of using the MLE (which in a simple case, like estimating the mean of the population, boils down to the average/mean value of the sample), one could use a statistic that filters a few of the extreme values from the sample. This would greatly reduce the variation of the statistic. Then this alternative statistic is more robust to outliers, more robust to the small component of the distribution that has extreme values, and increases the variance if they are not 'taken care of'. 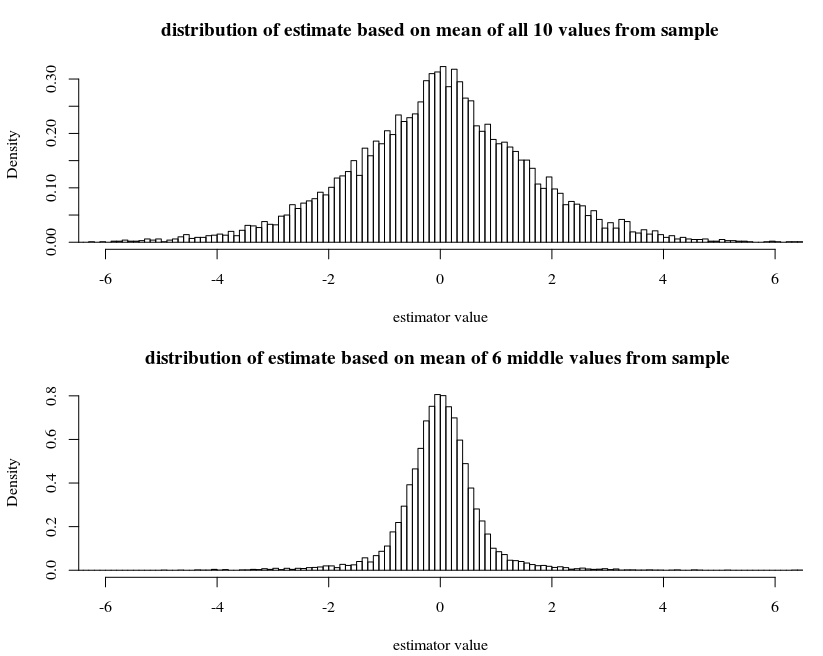 The MLE is often an estimator that has the lowest variance or performs sufficiently if the ideal conditions are true. But when the assumed distribution (on which this statement of low variance is based) is only slightly perturbed (but with values of large magnitude) then this can already result in a large variance for the MLE.

Note 2: In the example above we simply excluded the bottom and top 20% from the sample. But robust estimators are not that simple. It is a complex and large field. For instance, what if we have only had positive outliers, then our discarding of the bottom part makes the estimate biased? And how much should we discard? There are many considerations that go into constructing a robust estimator (and sometimes it is a bit art instead of science, but the example shows the idea of why it generally works).

Let's assume the data is generated with a Poisson distribution with rate $\lambda$ and we aim at finding the MLE of $\lambda$.

Not the answer you're looking for? Browse other questions tagged maximum-likelihood outliers robust or ask your own question.