How to properly measure distances between datasets?

Let's say I have four sets of data pairs: height and salary of some people from Cambodia, Vietnam, Poland and Italy, with the number of data points are different for each of these countries.

My hypothesis is something along the lines of: the salary is not too different between Cambodia and Vietnam or between Poland and Italy, but there's a large distance between the first two and the last two. For the height of the people, I expect all four countries to have the same degree of difference.

What is the correct statistical test to quantify this 'distance' between the distributions? I've used the Kolmogorov-Smirnov test before, but if I understand the situation correctly, that is only to test if the two datasets are from the exact same distribution - which is not true in my case.

I don't know all that much about entropy measures, but I think the data has to have the same size (this could be solved somehow by binning or random selection I believe) but also normalized to be between 0 and 1. Wouldn't this normalization destroy the fact that the datasets are not on the same scale?

I think what I am looking for is something similar to Pearson's R value, but a non-linear extension of it I think. Is there such a thing that's easy to calculate (especially in Python)?

Just for reference, the height histogram for Poland and Cambodia would look as such (ignore the fact that the numbers are meaningless, of course it's not real data): 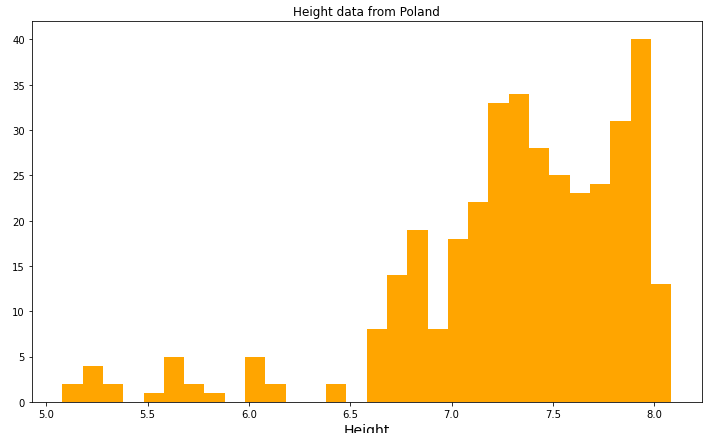 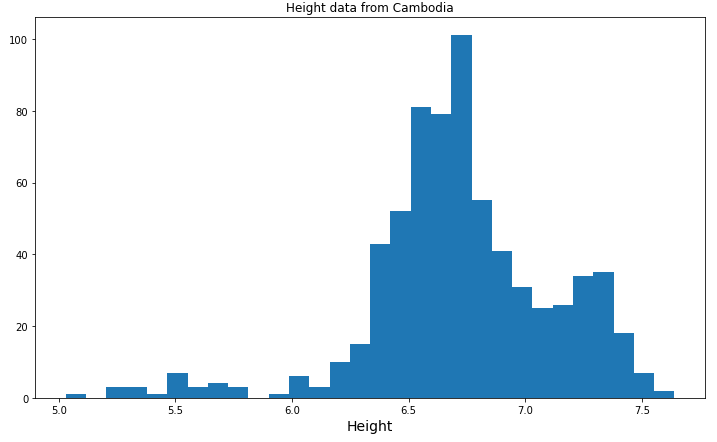 Note that even the spread of the data is quite different. The salaries of the two countries would be: 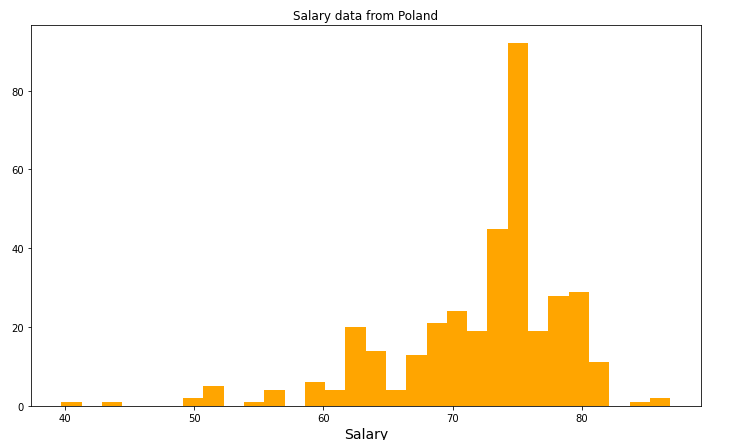 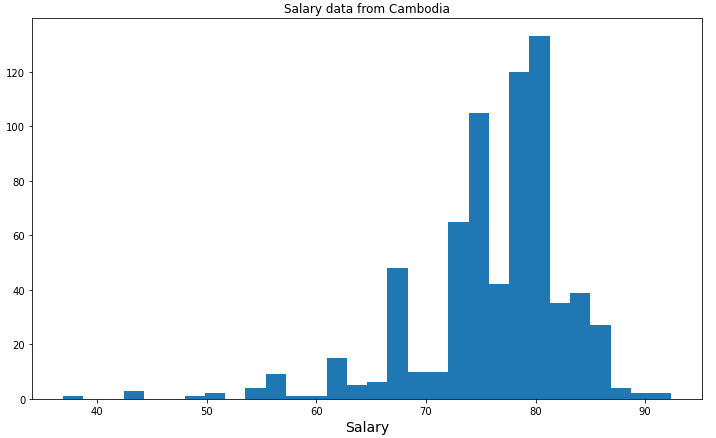 Is there any meaningful metric that could measure if the salaries are more similar between these countries than the heights?

You could also define a distance that only compares means, or means and variances. Obviously such a distance would not use all information, but ultimately there is no unique meaning to the concept of a "distance" and the researcher has to decide what aspects of the distribution are relevant to the problem in hand.

1
Should I measure and analyze two highly correlative dependent variables?
2
Comparing two datasets
0
Correlations between distance matrices with multiple factors
3
How to qualitatively understand interaction terms?
0
Comparing differences between discrete variables in two datasets of unequal size
0
How can I analyze large dataset to help non profit with employee salary?