What happens when you try to find standard deviation of a (non-truncated) cauchy distribution? [duplicate]

Ask Question
Asked 3 months ago
Active 3 months ago
Viewed 68 times
3
$\begingroup$
This question already has answers here:
How can a distribution have infinite mean and variance? (6 answers)
Closed 3 months ago.

I have read that this doesn't work, but I do not understand exactly why. Please can someone explain.

I thought I would take a stab at it.

Vertebrates have noses. Nothing else has a nose.

If you run the nose finding algorithm on a tree, it will still output the location of the tree’s nose. As you can imagine, that will be a meaningless thing to do.

So what I did was create 100,000 samples of thirty observations each from the standard Cauchy distribution in R. I used it to compare the estimates of the interquartile range and the algorithmic estimate of the standard deviation that appears in most textbooks.

First, I estimated the interquartile range (IQR) and the standard deviation (SD) for each sample using the R functions IQR and sd. The distribution of one estimate versus the other is here. 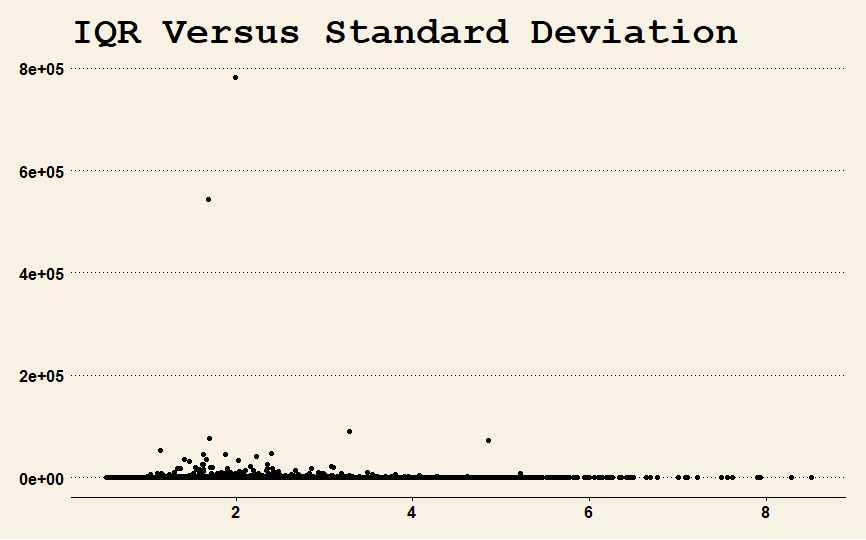 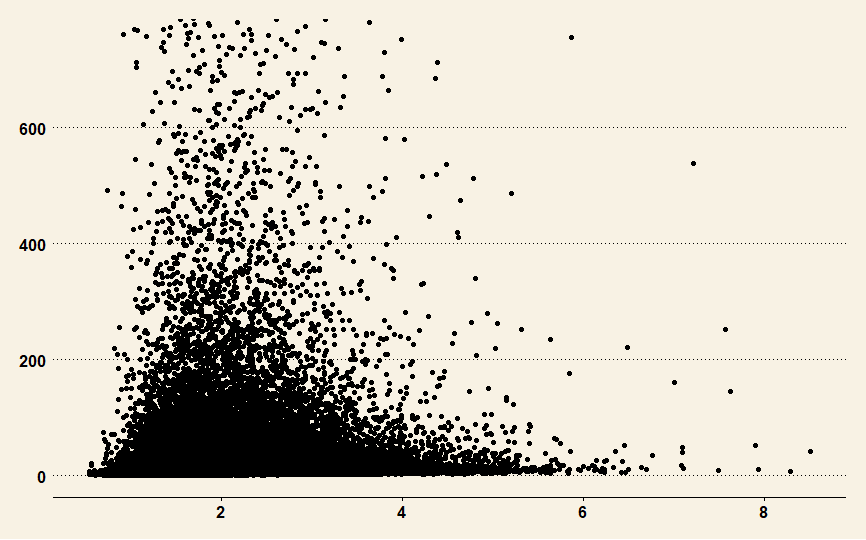 Fifty percent of the data for the entire set falls between $\pm{1}$. Tukey’s five point summary for the data is

The average estimated value of the SD is 52.28. Remember that half the data falls between -1 and 1.

Tukey’s five-point summary for the SD is 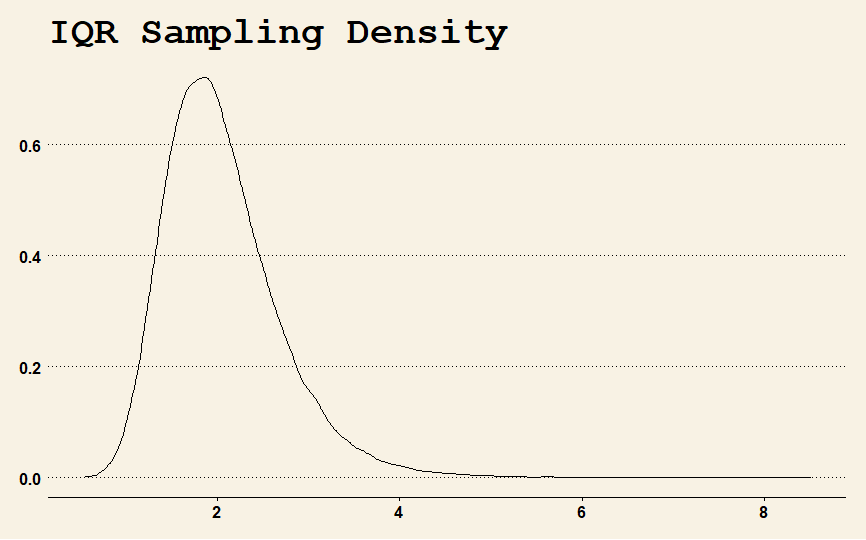 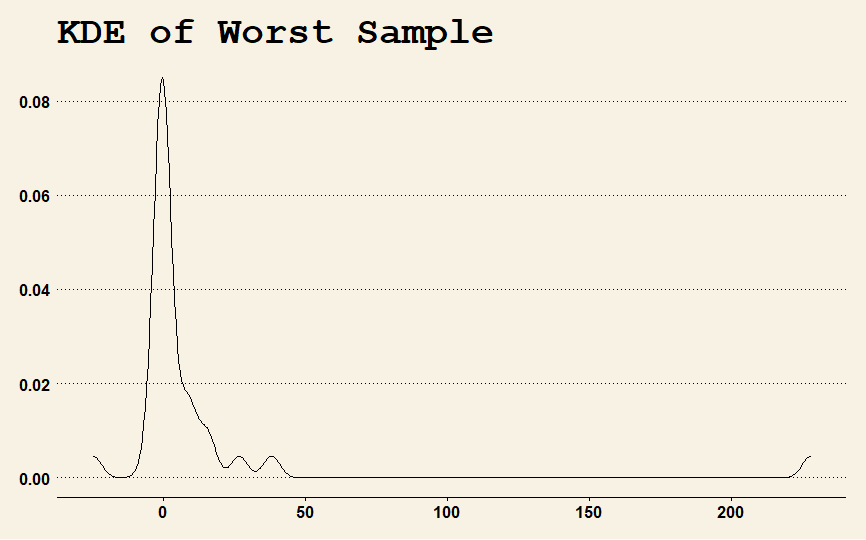 As you can see, the SD is all over the place because it doesn't exist. Formally speaking, it is undefined. So is the nose on a tree.

The code to create it was

I do apologize, I didn't annotate the R code. I got sleepy. You will need to change the worst plot if you change the seed or comment it out.

One thing I did not do was increase the sample size. If I had, the measurement of the SD would have gotten larger and crazier, while the sampling distribution of the IQR would have narrowed.

The estimates of the SD of the Cauchy distribution get worse as the sample size gets larger and larger.

I think this example emphasizes one very useful thing. The formulas that appear in textbooks are not the true values. They are estimators. In this case, a true mean, variance or standard deviation do not exist, but the formula doesn't vanish. It just doesn't do anything useful.

Comment. One clue is that you get erratic results when you try Monte Carlo approximation.

By contrast, if I do the same thing for a normal distribution with $\sigma = 50,$ I get consistent answers to about two or three significant digits.

The method also works for samples of a million from an exponential population with rate $1/50,$ mean $50,$ and standard deviation $50.$ (Agreement to about two significant digits.)

Not the answer you're looking for? Browse other questions tagged variance standard-deviation cauchy-distribution lorenz-curve or ask your own question.