I have always assumed that this is fact : but are there any mathematical theorems that state: finite sums of gaussian distributions are gaussian themselves? 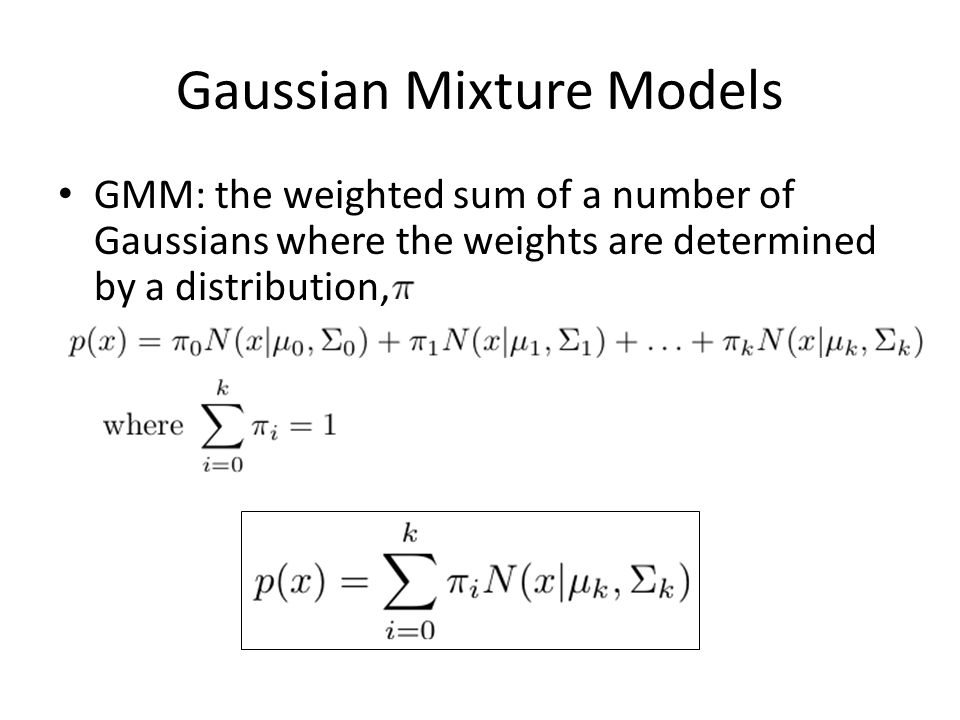 In the above picture, does p(x) have a gaussian distribution? Do the sums need to be linear? Can they be non-linear?

I saw the following question: Is the joint distribution of two linear combinations of Gaussians still a multivariate normal? - but no reference/proof was provided.

A side note: The RVs $X_1$ and $X_2$ should be jointly Gaussian, otherwise this result would not hold. An illustrative example is given by Chris Huang in comments section.

Finally, the whole idea of the Gaussian mixture is to model unknown distributions, such as those with fat tails in finance.

Now, what is meant by $w_x\mathcal N+w_y\mathcal N$? In case of a mixture it is the weighted average density (PDF).

Not the answer you're looking for? Browse other questions tagged probability normal-distribution gaussian-mixture-distribution or ask your own question.

14
Any example of (roughly) independent variables that are dependent at extreme values?
1
Is the joint distribution of two linear combinations of Gaussians still a multivariate normal?

19
A dynamical systems view of the Central Limit Theorem?
1
What books are good for exam p for actuarial science
2
Are marginals of a jointly Gaussian sequence always Gaussian?
6
The importance of the Gaussian copula
1
Definition of Gaussian process
0
Going From Joint Distributions to Conditional Distributions