I have never been able to clearly understand the relationship between Hypothesis Testing, Central Limit Theorem and the Normal Distribution.

As an example, suppose we have the salaries of randomly sampled people in some town (I made sure that the data does not look normally distributed). Using the R programming language, I simulated some data and plotted the results: 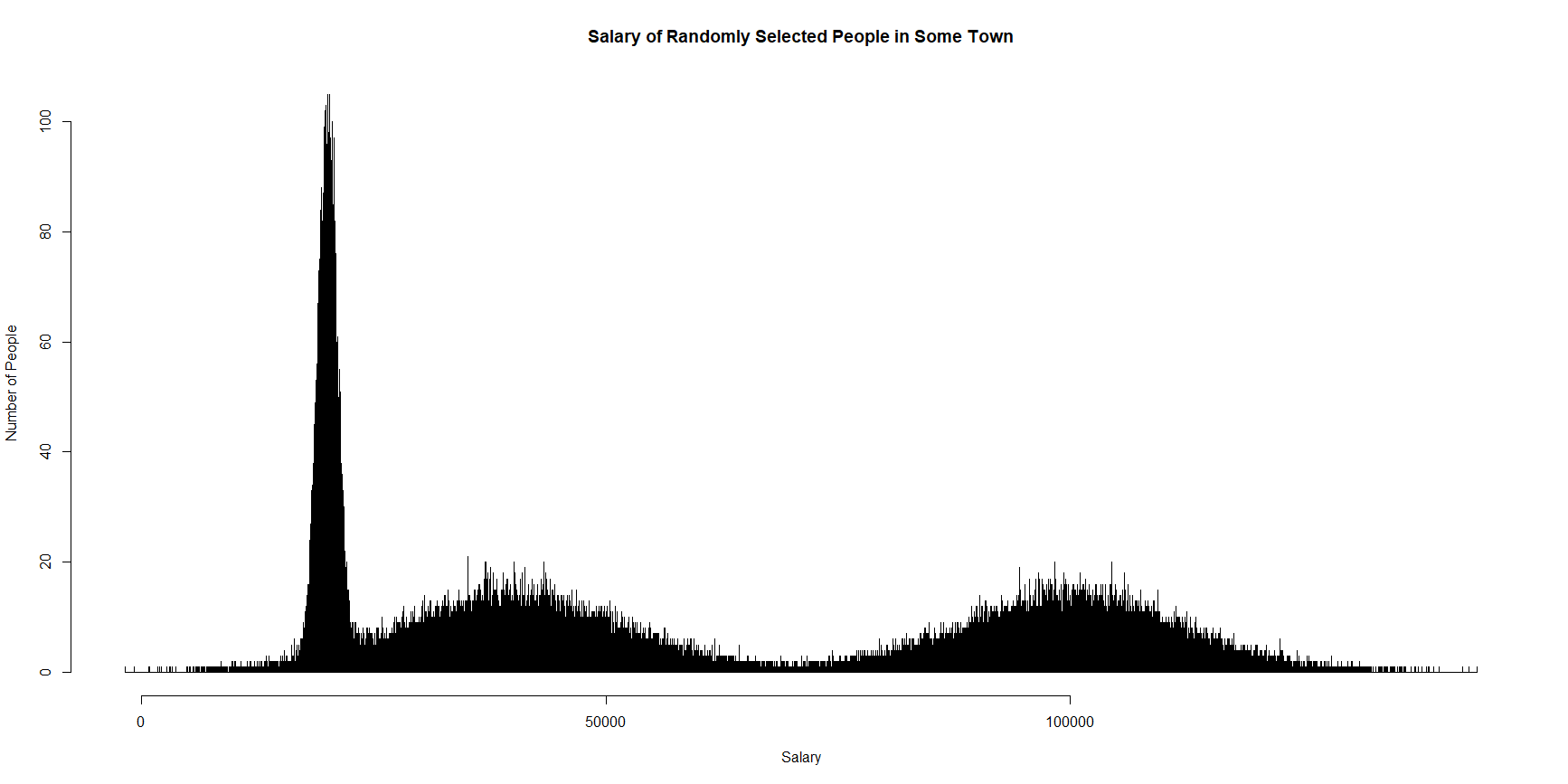 I have a feeling the test statistic is so large because I have a really large sample size? Does the non-normal shape of my distribution affect the hypothesis test? Should I be using some other type of hypothesis test (e.g. non-parametric) for this problem?

Generally speaking, the answer is yes. The methodology of hypothesis testing isn't bound only for normal data, but can be used for other types as well (see an example here). However, You might want to formulate your hypotheses differently, e.g.

In my opinion, there are three ways in which you can approach this problem:

Not the answer you're looking for? Browse other questions tagged r hypothesis-testing statistical-significance normal-distribution sample-size or ask your own question.