Assuming a set of data meet all assumptions for EFA and we are doing a factor analysis (with the SMC used to define the shared variance), how do negative eigenvalues appear and what does that say about the input data? I have spent a bit of time refreshing myself on how to calculate an eigenvalue by hand but I am missing a fundamental connection between eigenvalues and variance in EFA.

Below is an example of negative eigenvalues that appear in a SAS EFA tutorial on the UCLA webpage. 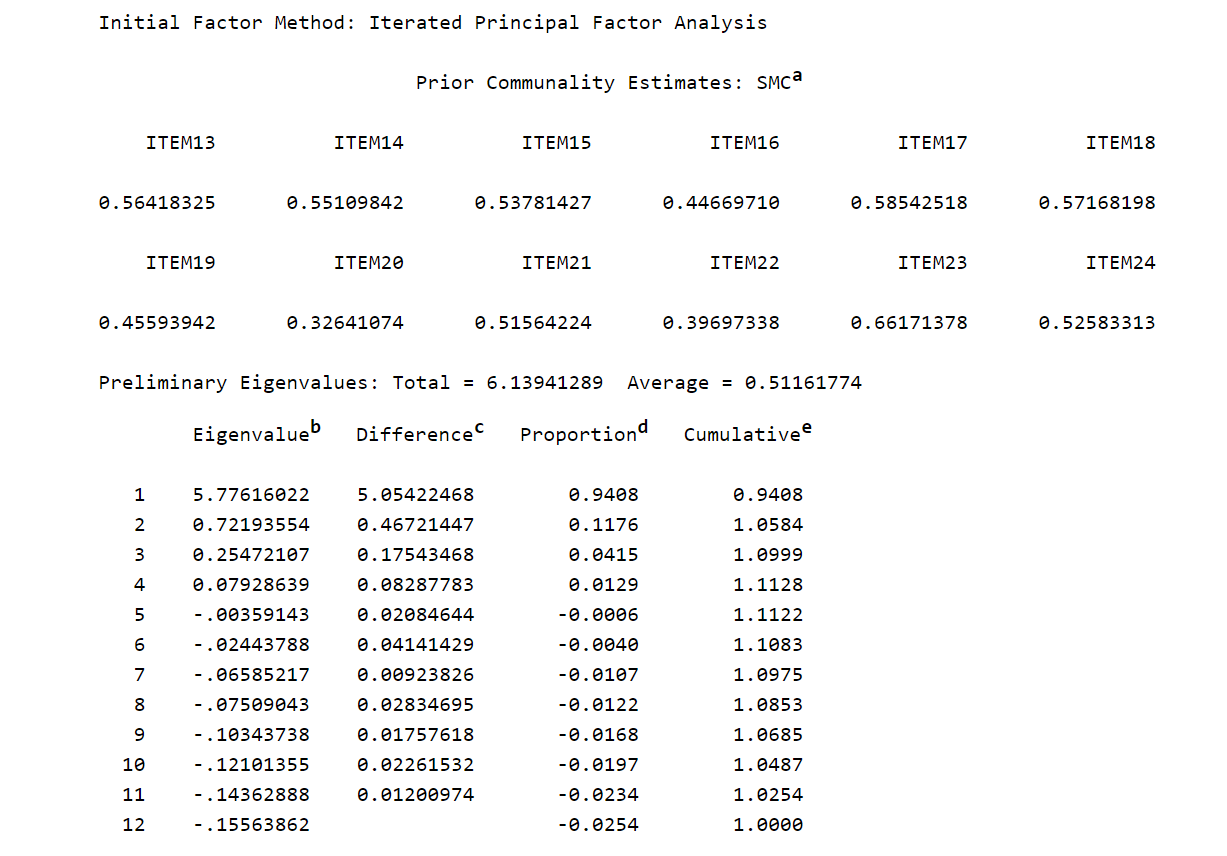 The page goes on to state:

Some of the eigenvalues are negative because the matrix is not of full rank. This means that there are probably only four dimensions (corresponding to the four factors whose eigenvalues are greater than zero). Although it is strange to have a negative variance, this happens because the factor analysis is only analyzing the common variance, which is less than the total variance. If we were doing a principal components analysis, we would have had 1’s on the diagonal, which means that all of the variance is being analyzed (which is another way of saying that we are assuming that we have no measurement error), and we would not have negative eigenvalues. In general, it is not uncommon to have negative eigenvalues.

The above seems to suggest this scenario is not uncommon in EFA and it is due to the matrix not being full rank (googling hasn't helped me understand this in the context of EFA). It also suggests this is in part due to a difference in the common variance (EFA only models common variance) vs total variance (not fully sure where this is in the model).

And a follow-up question:

Browse other questions tagged factor-analysis sas eigenvalues or ask your own question.

4
What's the relationship between initial eigenvalues and sums of squared loadings in factor analysis?
3
Calculating variance explained by factors after exploratory factor analysis with oblique rotation in R
1
Factor with only one item from EFA