When reporting the results of a time-varying covariate Cox model, are cumulative hazard rates more "accurate" than survival estimates?

I am using a time-varying covariate to represent subjects that can enter and leave groups at arbitrary times. Because group membership is not fixed, I posit that the true time-to-event is more accurately represented by cumulative hazard rates than by survival estimates.

The calculation of hazard rates has the interpretation of the number of events per unit time among those at risk, while survival estimates imply some probability of an event among a fixed cohort of subjects moving forward in time. Intuitively, I cannot describe what a survival curve is measuring when group membership is changing; the probability of an individual in a group surviving to the next time point given prior survival to the current time point seems unsupportable.

Do cumulative hazard rates have an advantage for these reasons?

If not, what is the interpretation of a survival curve in the presence of a time-dependent covariate? 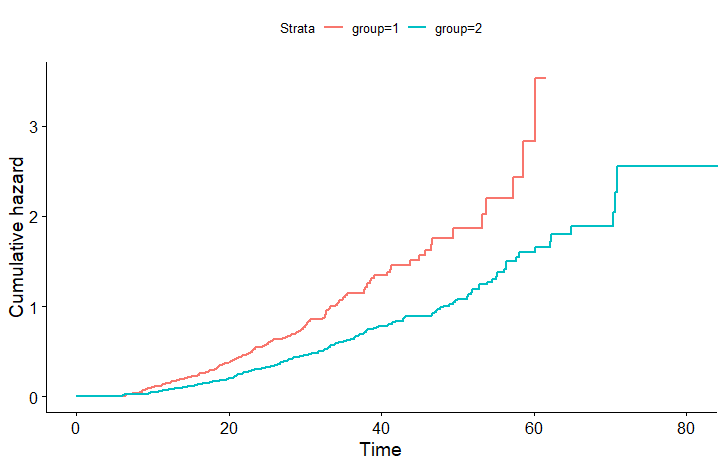 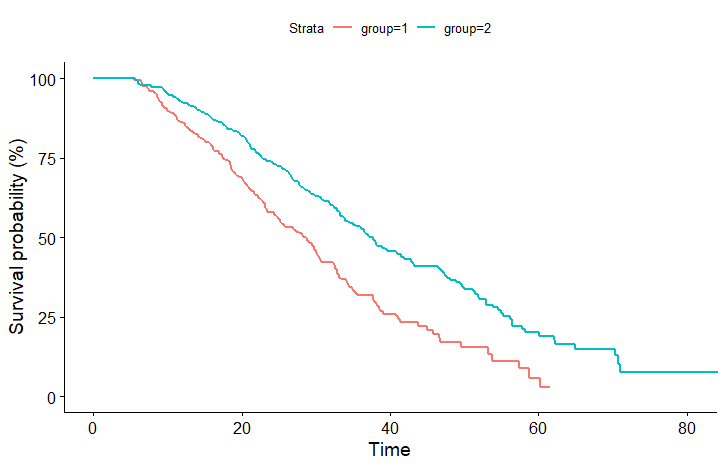 I cannot describe what a survival curve is measuring when group membership is changing; the probability of an individual in a group surviving to the next time point given prior survival to the current time point seems unsupportable

Therneau and Grambsch on pages 271-2 suggest that you can

imagine some hypothetical "cohort" of subjects who follow a given path [of covariate values], losing members to death along the way

as a way to think about modeling time-varying covariates.

Part of the problem is that you use the word "group" in two different ways. In your case, the "group membership" is a time-varying covariate. But in the phrase "a fixed group of subjects moving forward in time," what you are talking about is an initial cohort of subjects (as in Therneau and Grambsch) whose "group membership" can change over time.

You do raise an important point in making predictions with time-varying covariates. It's very easy to hypothesize time courses for covariates that aren't realistic. Furthermore, making a prediction about a covariate value at a given time implies that an individual has survived up to that time. Survivorship bias is a serious risk.

Not the answer you're looking for? Browse other questions tagged survival cox-model time-varying-covariate or ask your own question.