I have always seen the Empirical Distribution Function to have a "staircase" style shape, similar to a cumulative probability distribution function:

Can someone please explain this?

What is a non-cumulative distribution function?

According to this list of earliest uses of statistical terms the term 'distribution function' first occurred in 1919 in the German language literature (R. von Mises' "Grundlagen der Wahrscheinlichkeitsrechnung") and in 1935 in English language literature ( J. L. Doob's "The Limiting Distributions of Certain Statistics"). There is some works in English from 1933 by Aurel Witner, for instance "On the Stable Distribution Laws".

Below you see an example with a sample from a standard normal distribution. 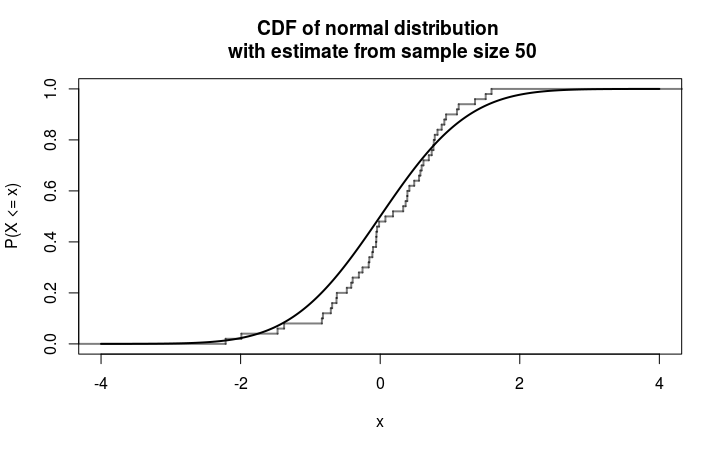 Below is an example with the data from 'illustration I' in Pearson's article on the chi-squared statistic to test the goodness of fit for frequency curves.

The following data are due to Professor W.F.R. Weldon, F.R.S., and give the observed frequency of dice with 5 or 6 points when a cast of twelve dice was made 26 306 times: 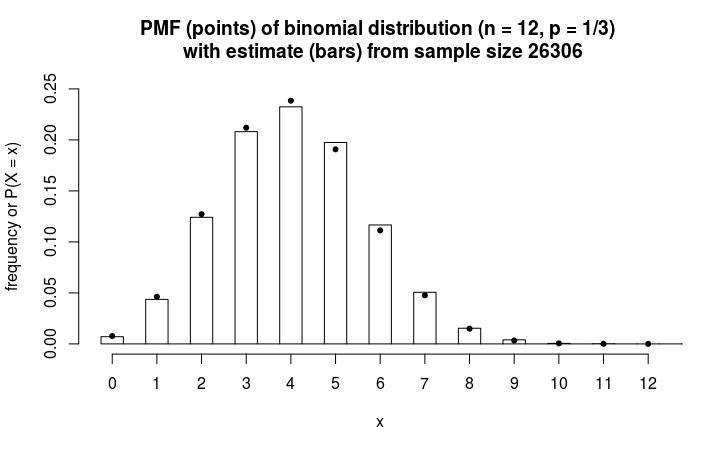 why doesn't the empirical distribution look like a "bell curve"

However, what sometimes is done is bin the data and create a histogram like the PMF case above. Other ways are estimating the density by some smoothening of the observed data.

Below is an example of estimating the normal distribution PDF with a kernel smoother. The sampled points are illustrated in the image as points at the top. 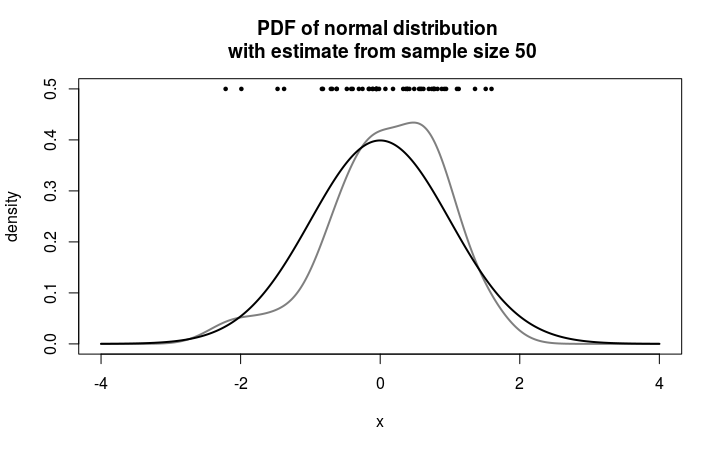 Not the answer you're looking for? Browse other questions tagged probability distributions cumulative-distribution-function or ask your own question.