Is the Cross Validation Error more "Informative" compared to AIC, BIC and the Likelihood Test?

Is the Cross Validation Error more "Informative" compared to AIC, BIC and the Likelihood Test?

As far as I understand: 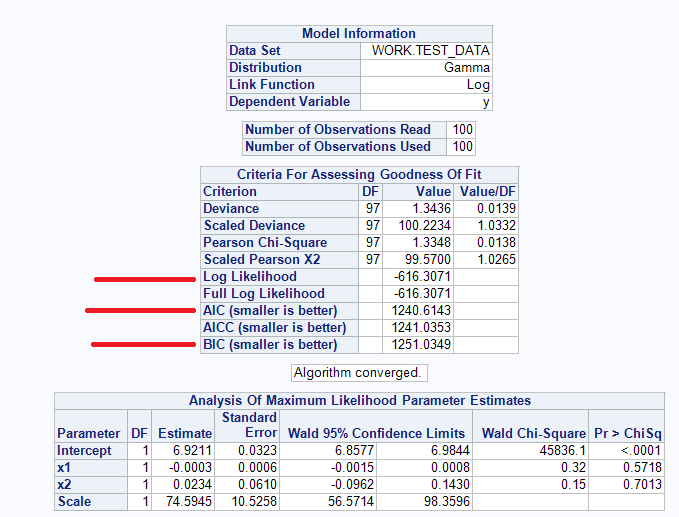 This leads me to my question: Is the Cross Validation Error more "Informative" compared to AIC, BIC and the Likelihood Test?

Here are my general thoughts :

1) When you have large datasets and statistical models with many parameters (e.g. Deep Neural Networks), the Cross Validation procedure can be very computationally expensive (i.e. thousands of models might have to be fit). 50 years ago when computers were weaker, it might not have been possible to perform Cross Validation on statistical models - whereas the Likelihood Test, AIC and BIC are less computationally expensive. Thus, originally, researchers might have favored the Likelihood Test, AIC and BIC over Cross Validation.

2) AIC and BIC are only interpreted in relative measures, e.g. Model 1 AIC = 234,841 and Model 2 AIC = 100,089 : Is Model 2 significantly better than Model 1, or are both models no where near acceptable? On the other hand, you can perform Cross Validation on a simple model vs. a complex model (e.g. regression model with 3 parameters vs 5 parameters) and measure the Cross Validation Error of both models. In essence, this should allow you to compare model complexity vs. model performance - similar to the information that the AIC and BIC provide.

3) When it comes to Inference based Models, it becomes conceptually difficult to implement Cross Validation.

For example, suppose instead of fitting a regression model to your data - you decide to fit an entire probability distribution to your data. Instead of the model parameters being regression coefficients beta-0, beta-1, beta-2, etc., the model parameters are now the means, variances and covariances of the different variables (e.g. a multivariate normal distribution) :

Probability Distributions are more informative than Regression Models : Suppose you want to predict age of a giraffe using weight and height.

Are my conclusions somewhat correct? Are there some instances where Cross Validation proves to be more informative compared to AIC, BIC and the Likelihood Test (and vice-versa)?

Another thing to bring up in addition to the answers that already exist: AIC, BIC etc. can be really good (i.e. cheap to evaluate, use all the data, let you do things like AIC-model averaging etc.) in the specific circumstances when you can define them and they are valid. What do I mean by this limitation? E.g. for some model class especially with a lot of regularization it can be very hard to even define these (e.g. what is AIC or BIC - especially in terms of the number of parameters - for a XGBoost, a random forest or a convolutional neural network), even if there are various extensions like DIC. Additionally, your model may be rather mis-specified in important ways (e.g. you are using some kind of time series model like ARIMA, but you kind of know that you are mis-specifying the true underlying correlation of records over time). In those situations, I worry whether my likelihood in AIC or BIC is right and whether it may inappropriately overstate (usually more the worry) the evidence for one model vs. another.

Cross-validation is also quite good for optimizing metrics, which are not easy to optimize directly as likelihood function. One example would be optimizing AuROC: while there are some tricks and attempts to define loss functions that directly optimize it, it's not straightforward, but you can fit some model using some standard likelihood function and then make choices based on what optimizes AuROC in cross-validation.

These factors above mean that e.g. in prediction competitions like on Kaggle forms of cross-validation are usually the go-to-method for model evaluation/making modeling choices.

I may be overly negative about the likelihood ratio test, and, yes, I realize that you could re-phrase AIC model selection in terms of model selection with a particular alpha level (but I'd not recommend model selection, anyway, but rather model averaging), but for the purposes where one would consider AIC, BIC or cross-validation, I don't find them all that useful. Sure, a null hypothesis test is useful when you have a pre-specified model for an experiment (e.g. randomized controlled trial of drug A vs. placebo for disease X), but it's a lot less useful for building a good model that performs well by some metric.

I don't really see the distinction for inference models beyond this point. You could clearly define a meaningful cross-validation metric for the example you describe.

I suspect many examples where one technique is used and another might be just as good (or even better), come down to historical precedent in certain research communities. E.g. in some areas AIC is super-popular, in others train-test splits and/or cross-validation, others are really keen on hypothesis tests, and to name another option that has not, yet, been mentioned, there's also various forms of bootstrapping.

1) AIC does have an interpretation as twice the negative expected log-likelihood (as mentioned e.g. here). Hence, it is not only a relative measure. Moreover, it is in a sense a measure of error. 2) Cross validation used to be computationally infeasible for some complex models, but AIC/BIC are algebraically infeasible since the models' likelihood and degrees of freedom can be very hard to obtain.

Extending it, notice that things like LR tests or AIC are measured on your training data as compared to out-of-sample approaches like having held out test set for validation, $k$-fold cross-validation, LOOCV, etc. When using the former metrics you are making the assumption that what they measure tells you something that is relevant for judging the potential out-of-sample performance of the model. When using some form of cross-validation you are directly measuring the out-of-sample performance. Of course, your test set is a subsample of the data you gathered, so if your data is not representative for the population, the cross validation metrics would be biased as well.

Moreover, as noted by Richard, using cross validation may be simpler to do (it works for whatever model you want, no math is needed), but more computationally expensive, so there would be cases where you would prefer one of the approaches as compared to the another.

Not the answer you're looking for? Browse other questions tagged regression probability distributions inference error or ask your own question.