I have a large set of location data from a social network and would like to conduct a mobility study with it. For each object, I have up to several thousand locations where this object posted from. I quickly summarized properties of objects, which are

Now, in order to study mobility, I really depend of having only humanoid objects in the dataset. The problem is that, on the particular social network, there are also non-humanoid objects contained (e.g. a radio station broadcasting always from the same location or an earthquake monitoring service broadcasting from the whole world). Thus, in the end, I have several classes of objects in my dataset, e.g. humans, stationary bots, dynamic bots, etc.

Based on this assumption I wanted to use a simple supervised classifier (such as Naive Bayes) to classify my whole dataset so that I can remove non-humanoid objects. The training set would encompass about 200 objects which are gained by looking at the respective social network profiles of the objects. 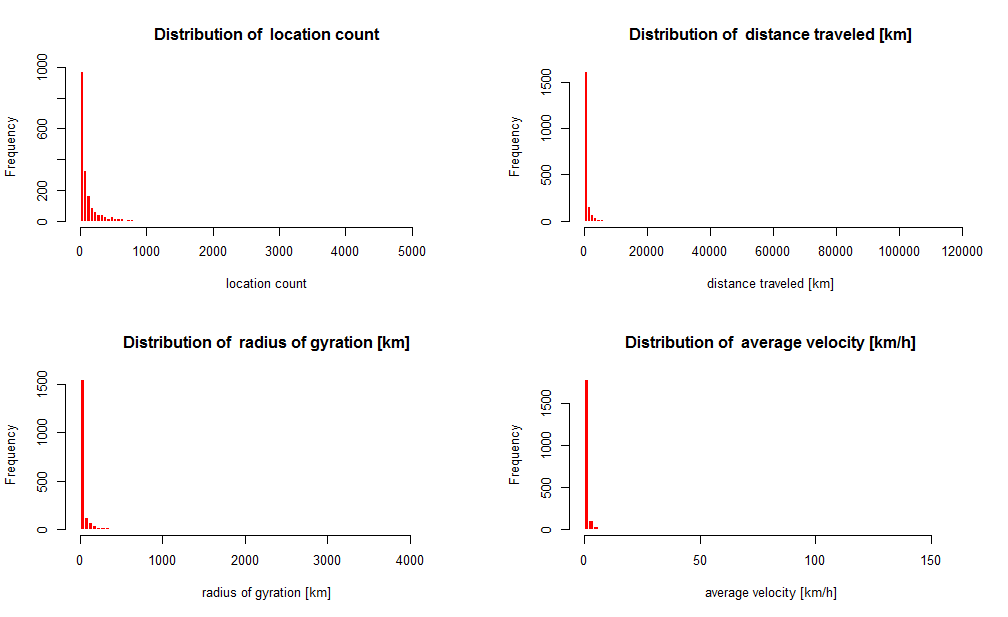 But as you can see in the above figure, the distribution of the above-mentioned variables are extremely long-tailed, i.e. there are some extreme outliers but they are sparse, and the distributions are certainly not normal, which would be required for normal NB.

When I log10 transform the variables, some seem to approch a normal distribution (namely location count and distance traveled), but radius of gyration and average velocity are still not gaussian: 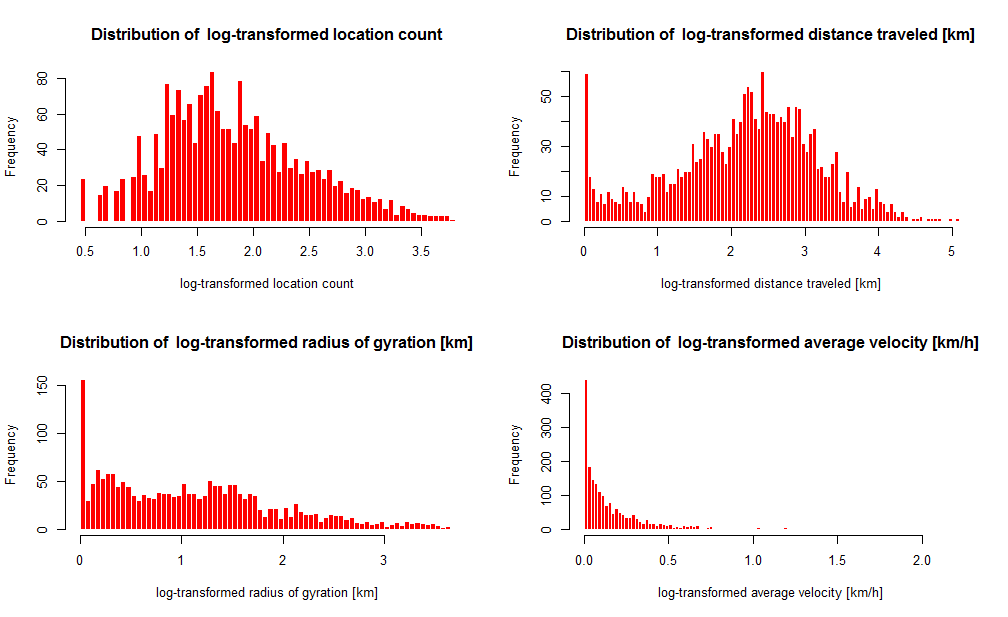 Thus the apparent problem is that there hardly will be any outliers in a training set of just 10^2 objects (and acquiring a larger training set is not easily feasible). Thus the priori probability of an outlier class will be very small.

Sorry about the delay. If you type "outlier" in the top right hand search box, it should come up with a list of previous questions on the subject. Also if you scroll down a bit from the top, there will hopefully also be a list of topics that were categorised as relevant to your subject matter. I am afraid I am not a statistician, so wouldn't be able to personally provide more useful help.

Not the answer you're looking for? Browse other questions tagged classification nonparametric outliers naive-bayes or ask your own question.