Why can't be hypothesis testing done in opposite way?

When doing hypothesis testing, we calculate the distribution of test statistic (for example z) under null hypothesis and then compare the actual z (one calculated from our data) to it.

Why can't we instead calculate the distribution of z statistic from our data (by bootstraping mean, for example) (or calculate 95% CI) and compare it to 0, like it is shown below.

I'd also see an example (or a simulation) where this fails, not just a theory behind it. 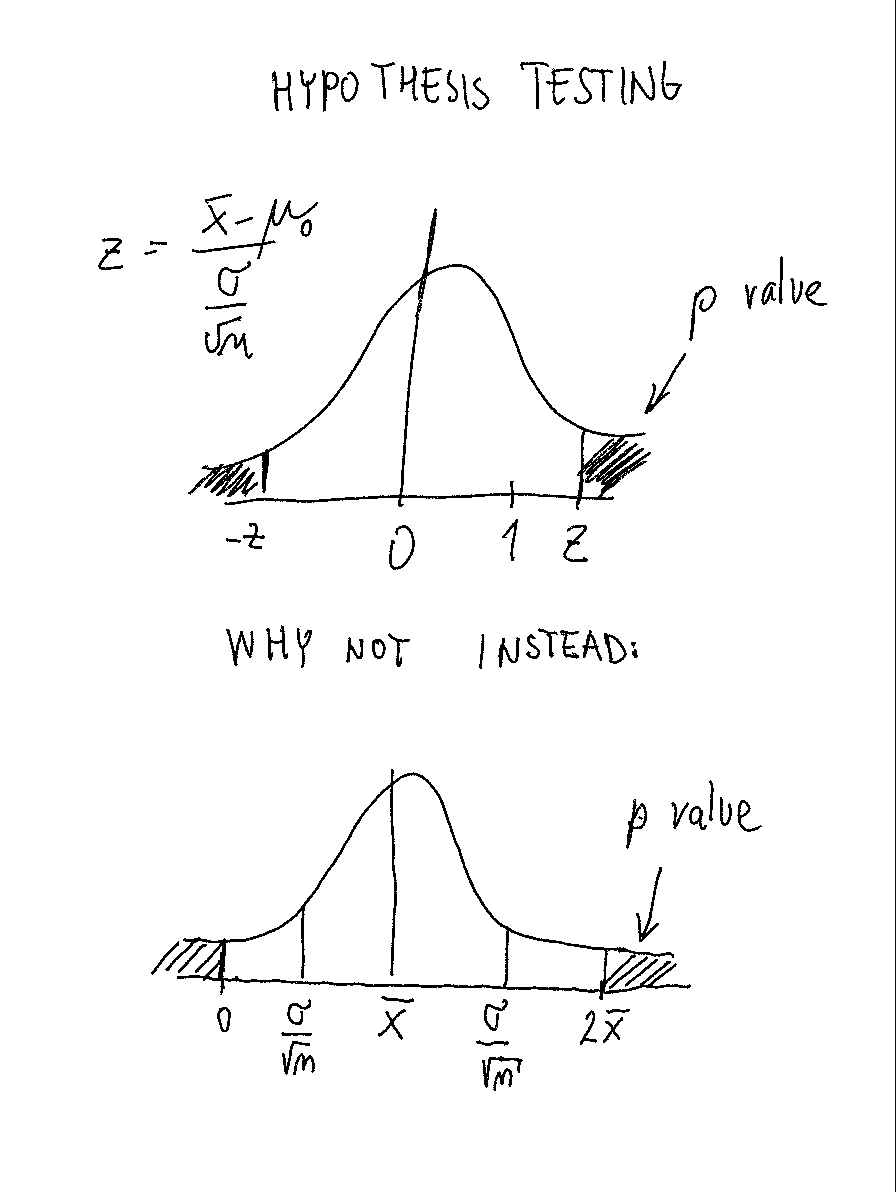 Why can't we instead calculate the distribution...

You can and it is actually done in a certain way. Depending on how you compute it exactly, your second distribution can have different interpretations (with a normal distribution the computations coincide).

Consider the estimate of a confidence interval for a binomial proportion. If this is done with a normal distribution approximation, plusminus some multiple of the standard deviation/error, then one has a Wald interval but a small mistake is made, the standard deviation for different values of the mean is not the same (and because of this the Wald interval may for instance contain negative values for the proportion). The Wilson score interval corrects for this.

The logic of hypothesis tests asks whether what is observed is plausible under the null model. This requires that probabilities are computed assuming the null model.

If you take the parameter value estimated from the data and then compute the probability for 0 or something further away (which is how I interpret your suggestion), you basically compute whether it would have been plausible to observe an estimated value of 0 given the assumed parameter value that is actually the estimated one. This doesn't make sense to me - why would you want to compute the probability for observing zero (or rather a certain set involving zero) if zero is not what you in fact observed as estimator? (Although your suggestion may be in some cases equivalent to doing something reasonable, see answer by Sextus Empiricus.)

280
Why does a 95% Confidence Interval (CI) not imply a 95% chance of containing the mean?
9
Can we reject a null hypothesis with confidence intervals produced via sampling rather than the null hypothesis?
3
Probability statement with a confidence interval
1
An a posteriori test to determine non difference across >3 groups given a skewed continuous variable of interest, as an alternative to a Friedman-test